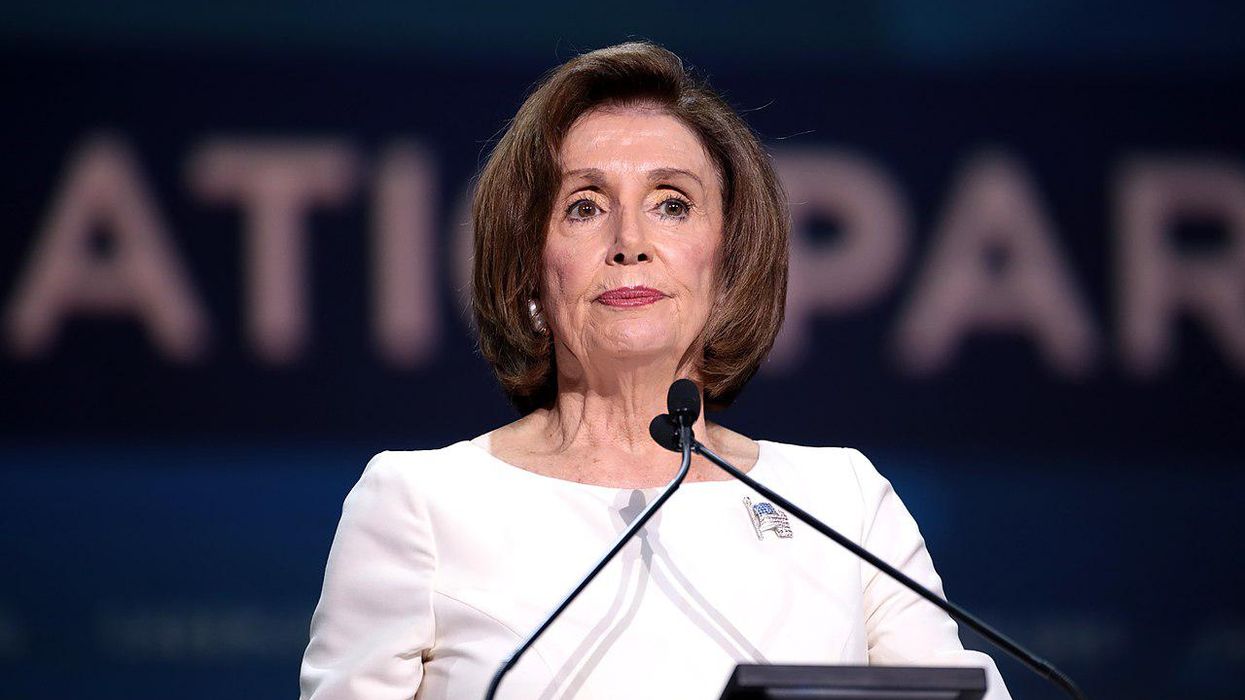 When House Speaker Nancy Pelosi held a news conference on Thursday — the day after a violent mob of far-right extremists stormed the U.S. Capitol Building — she made it abundantly clear that she held him responsible. And the California Democrat made a passionate and emotional plea for him to be removed from office.

"Yesterday, the president of the United States incited an armed insurrection against America," Pelosi emphasized. "The gleeful desecration of the U.S. Capitol, which is the temple of our American democracy, and the violence targeting Congress are horrors that will forever stain our nation's history — instigated by the president of the United States. That's why it's such a stain. In calling for this seditious act, the president has committed an unspeakable assault on our nation and our people."

"I join the Senate Democratic leader in calling on the vice president to remove this president by immediately invok… https://t.co/ZrxvKz9irY
— Aaron Rupar (@Aaron Rupar)1610046566.0

The extremists who stormed the White House were hoping to prevent Congress from certifying President-elect Joe Biden's Electoral College victory. But even though the joint session of Congress was delayed, Pelosi pushed for it to resume later — and together, both branches of Congress affirmed the Electoral College results.

Some House Democrats have drawn up new articles of impeachment against Trump, while Democratic Senate Minority Leader Chuck Schumer and conservative Republican Rep. Adam Kinzinger of Illinois are among the members of Congress who have called for Trump to be removed from office via the 25th Amendment to the U.S. Constitution. Although Biden's inauguration is only 13 days away, many Trump critics are arguing that the president's presence in the White House poses a national security threat.

Pelosi, during the news conference, explained, "I join the Senate Democratic leader in calling on the vice president to remove this president by immediately invoking the 25th Amendment. If the vice president and cabinet do not act, the Congress may be prepared to move forward with impeachment."

Pelosi said, "If he wants to be unique and be doubly-impeached, that's kind of up to him and his cabinet.... Impeached, defeated, impeached — gone."

The House Speaker also argued that the assault on the Capitol Building was a triumph for Russian President Vladimir Putin, who she said is glad to see chaos in the U.S. capitol.

Pelosi told reporters, "A complete tool of Putin, this president is. Putin's goal was to diminish the view of democracy in the world. That's what he has been about. And again, his enabler has been Donald Trump for a long time…. Putin wants to undermine democracy. That's what he's about, domestically and internationally. And the president gave him the biggest of all of his many gifts to Putin — the biggest gift — yesterday. My friend, we are in a very difficult place in our country as long as Donald Trump still sits in the White House."