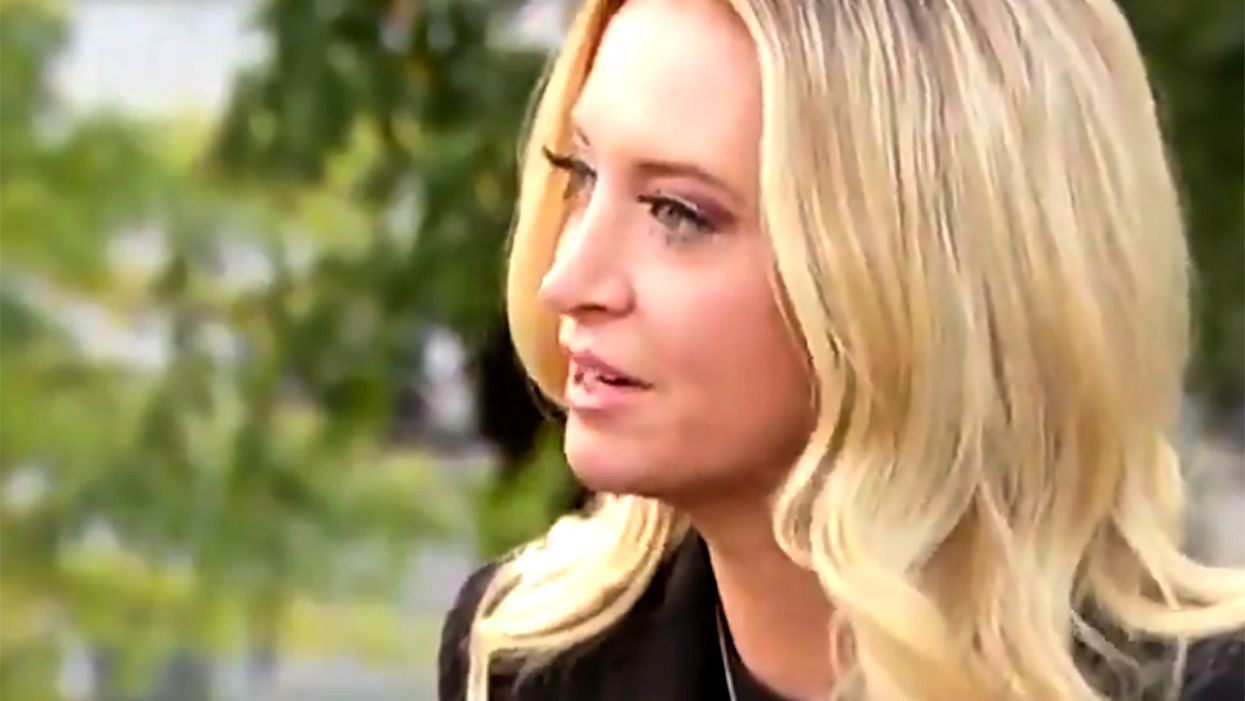 That question was raised on Saturday after a tweet sent by Sen. Chuck Grassley (R-IA).

Grassley, writing in a style familiar to his Twitter followers, suggested McEnany put a new battery in the clock behind her, as it was stopped at 10:10.

Followers of the QAnon conspiracy theorists have been focused on that exact time, and the corresponding date of October 10th, after the account behind the mass delusion tweeted a Mickey Mouse clock stopped at that time, as NBC news reporter Ben Collins has been covering.

This was apparently not the first time McEnany had appeared with the clock set to 10:10.It was noted on Twitter on Tuesday.