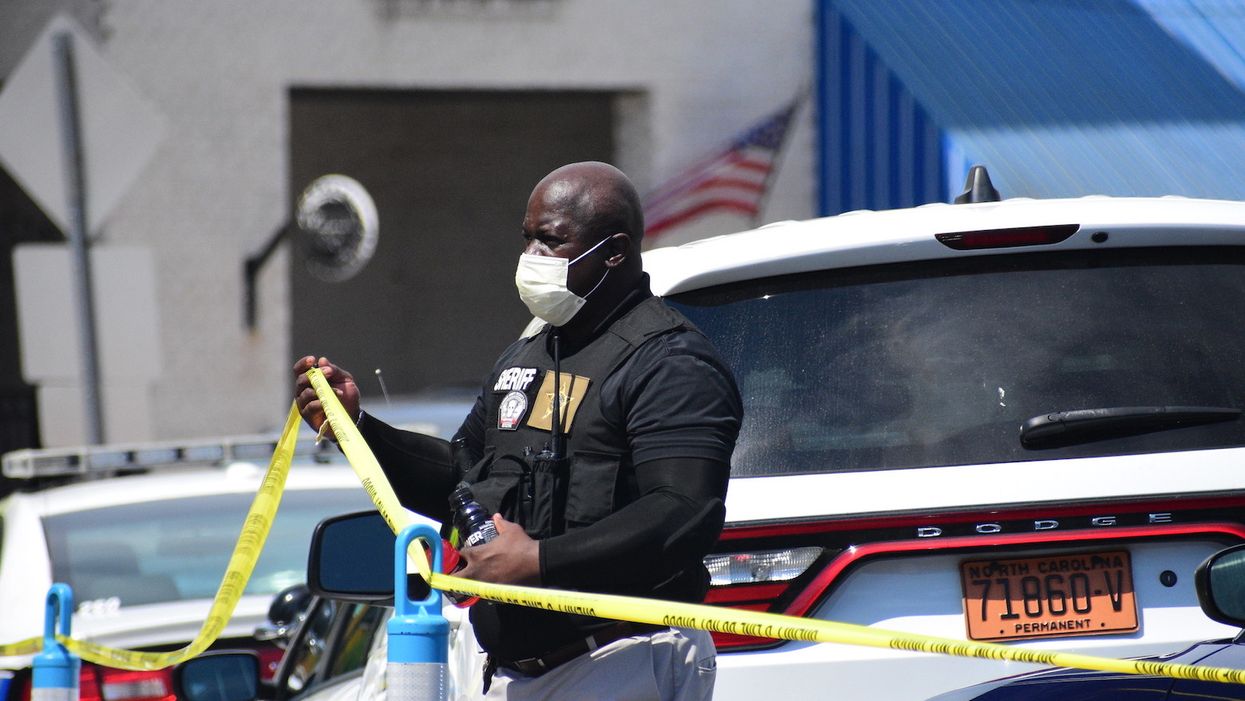 In 2020, the United States has been rocked by everything from a deadly pandemic and a brutal recession to civil unrest in a long list of cities to fears that violent conflicts will occur either on Election Day or after the election. Journalist Matthew Gault, in an article published by Vice this week, wonders if the political divisions in the United States run so deep that the country is headed for another civil war.

Describing the unrest that has occurred this year, Gault writes, "People are marching in the streets, aligned with two ideologically distinct factions. Many of them, overwhelmingly from one side, are armed, and violence and death has resulted when these two sides have clashed. The signs of a coming conflict are everywhere."

Certainly, the U.S. has had plenty of unrest in the past, from riots and assassinations during the 1960s to the Los Angeles riots in 1992. But Gault views 2020 as especially disturbing.

"Political polarization is up, gun and ammunition sales have spiked, killers such as Kyle Rittenhouse are being lauded by their political allies, and protests are widespread in American cities," Gault explains. "Police kill unarmed people in the street, the government is polarized and corrupt, and our institutions are failing. Armed militias patrol U.S. streets."

Gault goes on to note that as if everything else that has occurred in 2020 weren't enough, Philadelphia erupted in violence the week before the presidential election following the fatal shooting of Walter Wallace, Jr. — a 27-year-old African-American man — by police.

"In the aftermath of the shooting, protestors have smashed windows and spray painted the police substation," Gault notes. "Police say 30 officers have been hurt, and one who was hit by a pickup truck has been hospitalized for a broken leg."

Gault adds, "We have a sect of the president's supporters who have vowed to show up at polling places armed. If you have a terrible and ominous feeling about all this, you're not alone. Some on the far right are talking about another civil war."

What would another civil war in the United States look like? The last one occurred during the 1860s, when Americans were still using horses to commute to work — and a great deal has changed technologically since then.

Gault explains, "According to several experts I spoke with, a new civil conflict will look nothing like the first American Civil War. It's not likely that clear sides will be drawn up with massive armies of Americans marching towards each other as drones strike from above. An insurgency is more likely — a period of sustained and distributed conflict where non-state actors carry out violence to achieve a political goal."

One of the people Gault interviewed was David Kilcullen of Foundation for Defense of Democracies. Kilcullen is worried about the United States' future, telling Gault, "The worst atrocities come from fear, not hate. Because people think they're good, and they can justify incredible atrocious violence to themselves on the basis that it is defensive….. You need a belief that some other group is encroaching on your territory."

Gault also interviewed journalist Robert Evans, known for his reporting on conflicts in Syria, Iraq and Ukraine. Evans told Gault, "We are in a state of civil war whenever, in more than one geographical location in the United States, it becomes commonplace for multiple non-state armed groups to fight each other with deadly force. When that is an occurrence that is common in more than one location in the country, that's a civil war."

According to Evans, "To most people, the idea of a second American Civil War feels more like science fiction than a possible future…. I have seen systems collapse. Everything I've seen and everything I've read over the past two years has convinced me that the United States is closer to that kind of terror than anyone is willing to admit."

Adam Isacson of WOLA — a group that promotes human rights in Latin America — told Gault that a civil war in the U.S. might resemble the one that occurred in Colombia, where the conflict didn't occur throughout the entire country. Isacson recalled that when he was in Bogotá in the early 2000s, Colombia didn't seem like a country that was in a state of civil war.

Isacson told Gault, "You realize that even in this horrible period for Colombia, for most of the country, this conflict was just something you saw on television. It doesn't really impact their everyday lives…. Collapse is not evenly distributed…. I'd say there's a real danger that (the U.S.) is going to see sustained political violence."