Watch: Eric Trump clumsily claimed the LGBTQ community loves his father — it did not go well 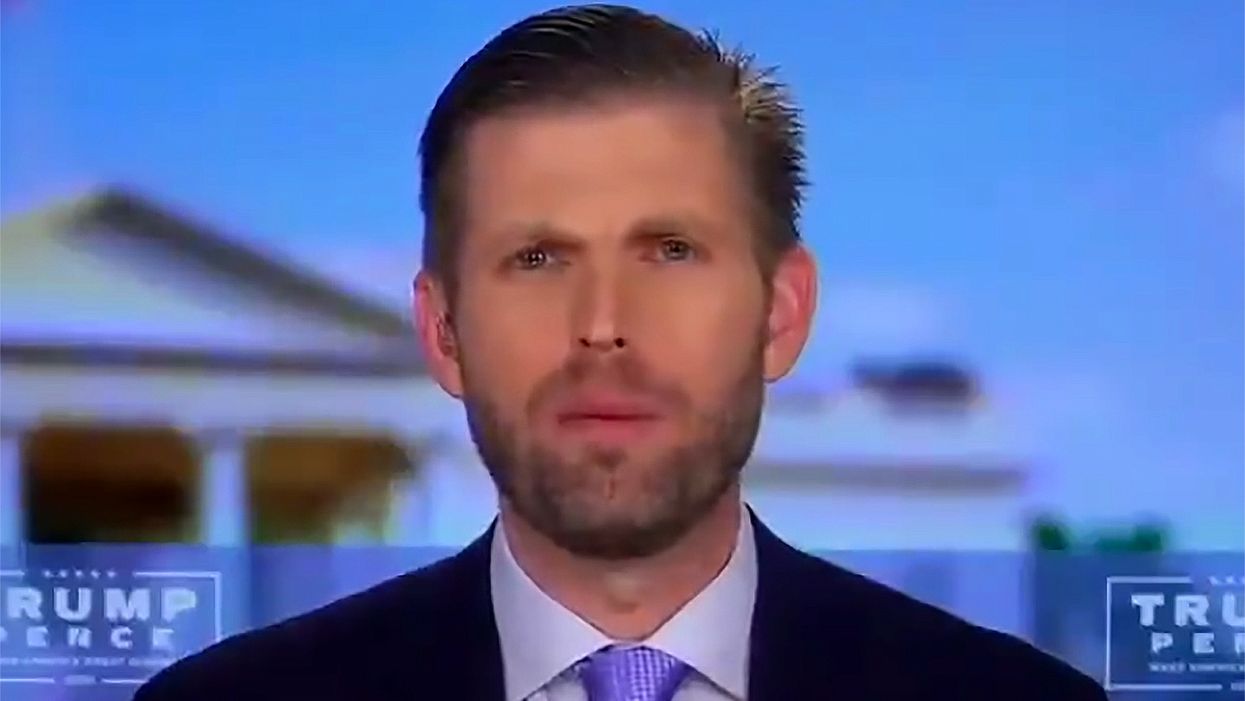 In an awkward "Fox & Friends" interview Eric Trump claimed the LGBTQ community "loves" his father, but his clumsy claim left some thinking he had just come out on national television.

The Fox News morning crew read excerpts of a New York Times op-ed from a 50-year old Manhattan woman, Chris, who is "gay," as Ainsley Earhardt said, but "doesn't want to give her last name." The LGBTQ woman praised Trump because her investments have increased in value and the price of gas has come down.

At the end, Eric Trump tried to capitalize on the opportunity of the moment.

It did not go well.

"Ainsley, that person's there, I'm telling you I see it every day. The LGBT community they are incredible and you should see how they've come out in full force for my father every single day. I'm part of that community and we love the man and thank you for protecting our neighborhoods and protecting our cities," Eric Trump said.

To some, it sounded like he had just come out.

But apparently he was – very clumsily – quoting some unnamed, likely hypothetical LGBTQ person.

Take a look at some of the comments.

eric trump coming out is not the birthday gift this homosexual wanted
— Bobby Lewis (@Bobby Lewis)1601382224.0

@daveweigel that was not clear to me but i am happy to read a plausible explanation to make some sense of this
— Bobby Lewis (@Bobby Lewis)1601383352.0

@revrrlewis Time to pander to anything they can right before the election. Where were they for the past 4 years lmao
— Rob N Roll (@Rob N Roll)1601382689.0