CNN host mocks Trump’s refusal to concede: 'The ex who just won't accept that it is over’ 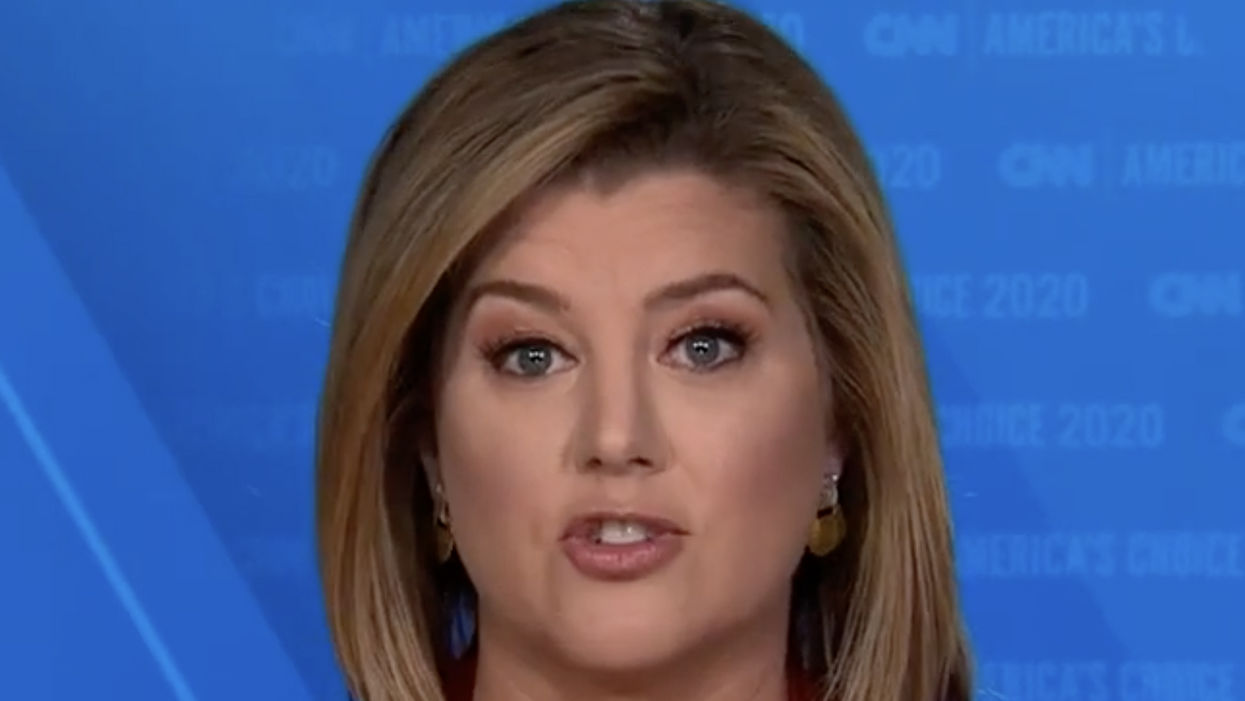 The United States has a long tradition of presidential candidates congratulating their opponents when they knew they had lost — regardless of how disappointed they felt. But President Donald Trump has yet to concede to President-Elect Joe Biden. And CNN's Brianna Keilar was highly critical of the president and his sycophants during a commentary on Monday, slamming them for refusing to accept the election results.

"Alright, let's talk about what's happening now here in Washington, D.C.: a lame-duck president that won't concede in the election he just lost," Keilar told viewers. "This isn't the stuff of presidential elections, it is the stuff of a bad breakup. The ex who just won't accept that it is over, who won't return your favorite t-shirt or maybe your dog."

Many of Trump's allies are making the baseless claim that the election was stolen from him and railing against the "fake news media." But Keilar stresses that journalists are merely reporting the facts — and those facts show a decisive victory for Biden and Vice President-Elect Kamala Harris.

"President Trump insists it can't be over," Keilar explains. "He's in denial, asking the question: since when does the media call who the next president will be? Well, the answer: since always when it comes to modern elections because they're following the data. When Trump was winning in 2016, he was totally cool with that."

Keilar added, "Now, in 2020, despite the clear outcome of the election, he is insisting there's still a chance. Maybe his friends will be honest with him that the ship has sailed, or maybe not."

The CNN host cited Republican National Committee Chair Ronna Romney McDaniel as an example of a Trump supporter who has echoed the talking point that the media don't decide elections.

"The media is just reporting what the voters have said, and voters have been clear — they want to break up," Keilar told viewers.

McDaniel has said that the election was too close for the media to call it just yet. But Keilar noted, "McDaniel says margins are razor thin, too early to call. But check it out — margins in Pennsylvania and Wisconsin are about where they were in 2016, and Michigan is a landslide for Biden compared to what it was for Trump four years ago when (Hillary Clinton) congratulated the president after the media called the race."

Keilar wrapped up her commentary by stressing that Trump needs to do what Hillary Clinton did in 2016: accept reality and concede.

"Hillary Clinton conceded the race," Keilar noted. "Donald Trump hasn't conceded. It is the equivalent of American voters breaking up with him, but he let the call go to voice mail. Doesn't mean it didn't happen. Doesn't mean America hasn't found someone else at least for four more years."