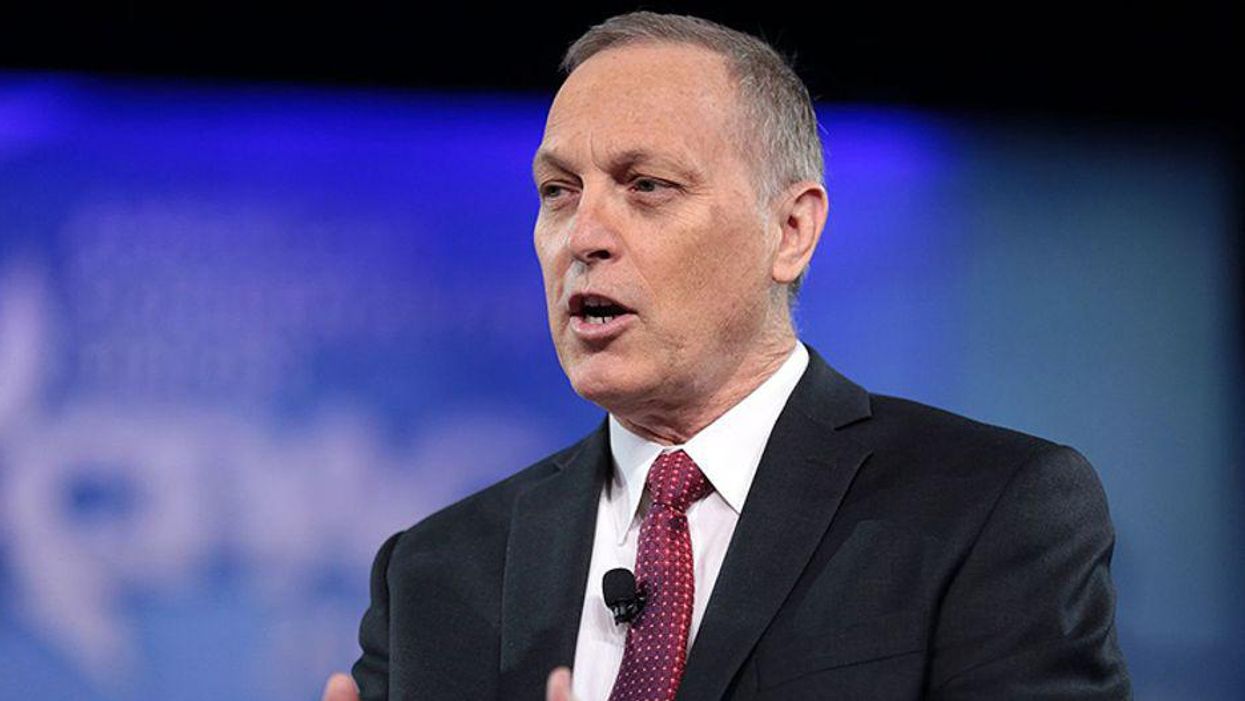 Rep. Andy Biggs (R-Ariz.) is the latest Republican lawmaker to promote a dangerous conspiracy theory about the Federal Bureau of Investigation (FBI) being involved in the Capitol insurrection.

Biggs echoed the conspiracy that Fox News' Tucker Carlson began pushing last week. At the time, Carlson described members of the FBI as "unindicted co-conspirators," and suggested that some of the rioters could have been working with the federal agency.

Biggs expressed concern over FBI Director Christopher Wray's failure to acknowledge speculation around the FBI's alleged involvement in the Capitol riots. The Republican lawmaker also demanded more insight on the FBI's possible role in the deadly series of events that transpired, according to AZ Central.

"It truly demands answers," Biggs told Kirk. "It is actually very troublesome to hear what's out there and we need to get to the bottom of that."

He added, "I want to know if there were 20 FBI agents, and they were not there for security for the president, why were they in that crowd?"

At one point, Biggs also attempted to blame the FBI for its so-called failure to stop what transpired.

"There's always been allegations of the media being in there, right?" Biggs continued. "We've seen some evidence of that. But if you have law enforcement that's there that could have stopped, thwarted, whatever, and they didn't? That's a problem. But moreover, Charlie, I mean, think about this: The FBI director said that the vast majority of people there were peaceful — peaceful protesters. They were rowdy, but they were peaceful. Were they infiltrating a peaceful protest? To what end would that be?"

Although Biggs is now calling for further investigation into the Capitol riots, he, like the vast majority of House Republicans, voted against the formation of the Jan. 6 commission to thoroughly investigate the attack.