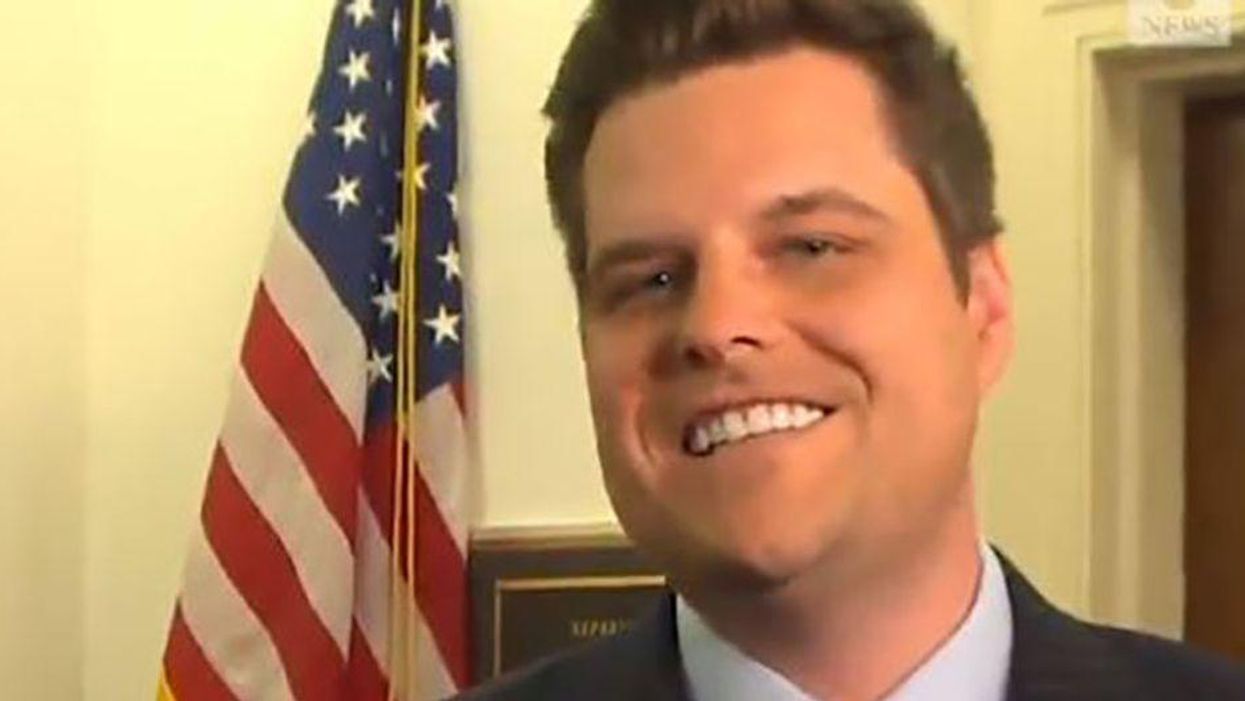 "A Justice Department investigation into Representative Matt Gaetz and an indicted Florida politician is focusing on their involvement with multiple women who were recruited online for sex and received cash payments, according to people close to the investigation and text messages and payment receipts reviewed by The New York Times," the newspaper reported. "Investigators believe Joel Greenberg, the former tax collector in Seminole County, Fla., who was indicted last year on a federal sex trafficking charge and other crimes, initially met the women through websites that connect people who go on dates in exchange for gifts, fine dining, travel and allowances, according to three people with knowledge of the encounters. Mr. Greenberg introduced the women to Mr. Gaetz, who also had sex with them, the people said."

Gaetz has denied paying for sex.

"The Justice Department inquiry is also examining whether Mr. Gaetz had sex with a 17-year-old girl and whether she received anything of material value, according to four people familiar with the investigation. The sex trafficking count against Mr. Greenberg involved the same girl, according to two people briefed on the investigation," The Times reported. "The authorities have also investigated whether other men connected to Mr. Gaetz and Mr. Greenberg had sex with the 17-year-old, two of the people said."

"The Times has reviewed receipts from Cash App, a mobile payments app, and Apple Pay that show payments from Mr. Gaetz and Mr. Greenberg to one of the women, and a payment from Mr. Greenberg to a second woman. The women told their friends that the payments were for sex with the two men, according to two people familiar with the conversations," the newspaper reported. "Some of the men and women took ecstasy, an illegal hallucinogenic drug, before having sex, including Mr. Gaetz, two people familiar with the encounters said."

Gaetz reportedly sought to get more people involved in the prostitution scheme.

"In some cases, Mr. Gaetz asked women to help find others who might be interested in having sex with him and his friends, according to two people familiar with those conversations. Should anyone inquire about their relationships, one person said, Mr. Gaetz told the women to say that he had paid for hotel rooms and dinners as part of their dates," the newspaper reported. "The F.B.I. has questioned multiple women involved in the encounters, including as recently as January, to establish details of their relationships with Mr. Gaetz and his friends, according to text messages and two people familiar with the interviews."

The newspaper described one of the websites:

"One of the sites the men met women through was called Seeking Arrangement, which describes itself as a place where wealthy people find attractive companions and pamper them 'with fine dinners, exotic trips and allowances.' The site's founder has said it has 20 million members worldwide. The F.B.I. mentioned the website in a conversation with at least one potential witness, according to a person familiar with the conversation," the newspaper reported.