Watch: Rand Paul laughs out loud about not wearing a mask on the Senate floor 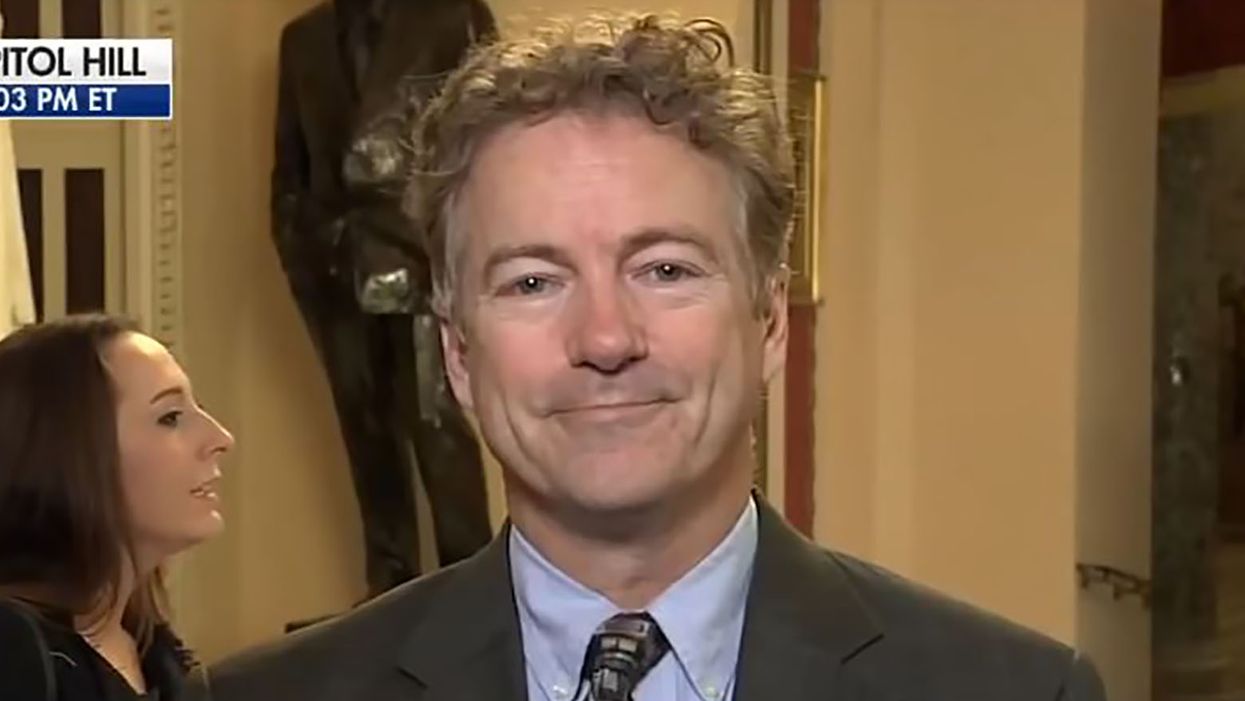 Paul made the remarks during an appearance on Full Court Press with host Greta Van Susteren.

"You're a doctor," Van Susteren noted. "Why won't you wear a mask on the floor?"

As the host asked her question, Paul began to laugh out loud.

"I know you've tested positive for COVID before," she continued. "But you can still get reinfected and you can also be a carrier."

Paul argued that there is "probably no safer place on the planet" than the Senate floor because all of the senators have been vaccinated.

"Could you imagine somewhere on some planet that I could get it again? Yeah," he admitted. "But 25 million people have had it and there's not more than a handful that they're saying may have had it again."

"I think we should put this into perspective and not be crazy," the senator added, noting that one of his staff "just survived nine days on a ventilator."

Van Susteren pressed: "There are two things. One is manners. If someone feels uneasy and maybe a staff member that, perhaps, wasn't vaccinated and comes in contact with someone who is a carrier who is asymptomatic. But also, the message that it sends to people around the country."

But Paul said that he wanted an "honest debate" about facial coverings, insisting that one study showed that there's "not any evidence that any of the mandates have worked."

"Almost everybody getting infected said I was wearing a mask all the time," he remarked. "So guess what? The masks don't work. They haven't changed the trajectory of anything."

"The science is not there that any of the mandates have made any of us any safer," Paul said. "And in the Senate, it is completely a show. It's complete theater because they've all been vaccinated, including the staff have been vaccinated. So to me, these are science deniers."

Paul added: "I want to get back to normal so I want to be a leader to show the people, once you've had this, don't be afraid."

Watch the video below from Full Court Press.