Trump finally admits defeat — while lying through his teeth 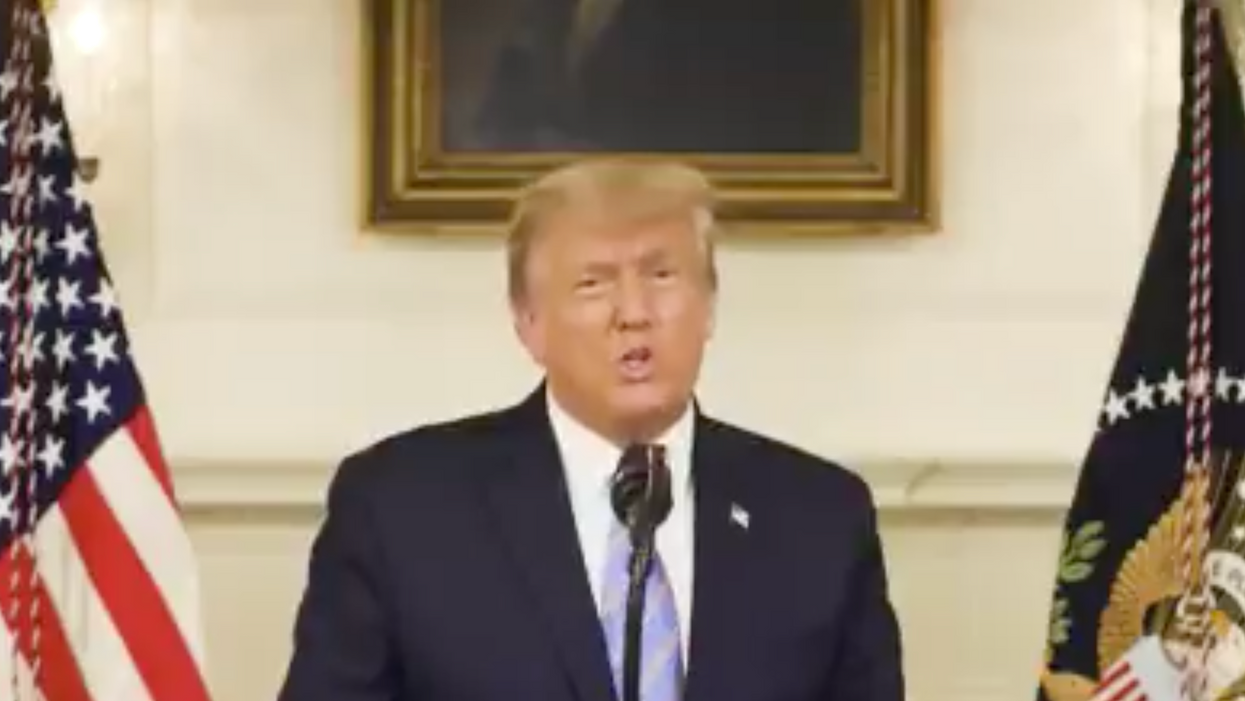 President Donald Trump finally admitted on Thursday in a video on Twitter that a new administration will soon take over control of the federal government, exactly two months after the 2020 race had been called by the media in favor of Joe Biden.

But while the admission of defeat will likely be welcome by Biden and his allies, as well as many hoping to see an end to the post-election chaos, it came too late to save the lives of four people who reportedly died in the mob of Trump supporters who stormed the U.S. Capitol on Wednesday. Driven by his false claims that the election had been stolen, the insurrectionists broke through barricades and halted Congress' counting of the Electoral College votes. Four of those in the mob reportedly died, officials said.

In his new video, Trump didn't acknowledge his role in inciting the riot. Instead, he called it a "heinous attack" and denounced "violence, lawlessness and mayhem." He also lied and said that he "immediately" deployed the National Guard. Congressional leaders were calling for the National Guard as soon as the Capitol was seized by the crowd, but the response was delayed for reasons that are still unclear.

Trump also didn't acknowledge that, just the previous day, he had celebrated the attack. "Remember this day forever!" he said in a tweet. While he did say to "Go home with love & in peace," he continued to foment outrage about the election result even while the riots were ongoing. And he said his supporters involved in the unrest were "special."

Trump went on to lie in the video, as well, about his post-election disinformation campaign. He said: "My campaign vigorously pursued every legal avenue to contest the election results. My only goal was to ensure the integrity of the vote. In doing so, I was fighting to defend American democracy."

This is not so. Trump arguably used several illegal means to change the election result, such as pushing Vice President Mike Pence to reject Electoral College votes for Biden while counting them in Congress, as well as inciting the mob to go to the Capitol in the first place. It's also clear his interest wasn't in "the integrity of the vote" — he was seeking to win at any cost, and adopting any conspiracy theory, no matter how ridiculous, that he thought would achieve that goal.

But many will be relieved that, despite the additional lies, Trump did not continue to say the election was stolen in this video, and he acknowledged that a new administration — even if he couldn't say Biden's name — will take over. He did say that he believed more needs to be done to verify voters' identities, which is usually cover for Republican voter suppression tactics, but it's a step down from the most incendiary rhetoric he has been using.

Democrats in the House of Representatives may still pursue impeachment for the president's role in the siege of the Capitol. Some have suggested he may face criminal exposure for his conduct after he's out of office.

Update: This story initially said that five people were reported to have died in the siege. However, one reported death was erroneous; Capitol Police officials said a report that one of their members had died was false, adding, "Although some officers were injured and hospitalized yesterday, no USCP officers have passed away."