‘His cruelty has no limits’: Ronald Reagan’s daughter blasts Trump for hateful attack on the late Rep. Dingell 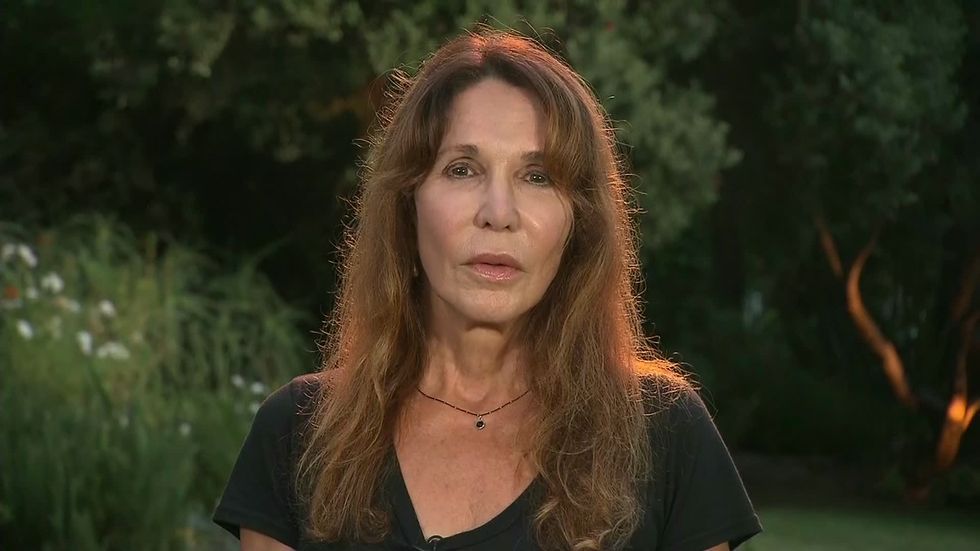 President Donald Trump set off yet another controversy earlier this week when, at a MAGA rally in Battle Creek, Michigan, he angrily railed against the late Democratic Michigan Rep. John Dingell and implied to the crowd that Dingell was in hell. Trump’s hateful remark has been condemned by everyone from Dingell’s widow, Rep. Debbie Dingell, to Republican activist Meghan McCain. And Patti Davis, daughter of President Ronald Reagan and Nancy Reagan, is weighing in as well and lambasts Trump in a blistering op-ed for the Washington Post.

The rally was held on Wednesday night, December 18 — the night in which Trump was indicted on two articles of impeachment in the U.S. House of Representatives: one for abuse of power, the other for obstruction of Congress. Rep. Debbie Dingell voted in favor of both articles, which infuriated Trump.

“It was hardly surprising that, on the night he was being impeached, President Trump was raging onstage at one of his raucous political rallies — this time in Battle Creek, Michigan, mocking and denigrating anyone and everyone who doesn’t bow to him,” the 67-year-old Davis asserts. “But he then went even further, showing that his cruelty really has no limits.”

John Dingell, who was 92 when he died from complications from prostate cancer in February 2019, was the longest serving congressman in U.S. history: Dingell first entered the U.S. House of Representatives in 1955 —back when President Dwight D. Eisenhower was serving his first term — and left in early January 2015.

“To be clear,” Davis writes, “the president of the United States went to the home state of a congressman who died not that long ago and snarked that Dingell might be in hell. For probably the first time ever, some in his crowd of diehard fans groaned.”

@RepDebDingell Debbie, we are here for you. So many people loved and respected John. Praying for you and your family.
— Justin Amash (@Justin Amash)1576730026.0

Davis recalls that when Ronald Reagan died in 2004, some people celebrated his death. Although Davis had policy differences with her father, she stresses in her op-ed that Americans should be able to agree to disagree in a democratic republic.

“When my father died in 2004, I happened to come across online comments saying he should have died sooner,” Davis recalls. “Others rejoiced that he was dead.”

But Davis quickly adds that she finds Trump’s attack on John Dingell to be even worse.

“None of that compares with what Trump said about John Dingell, who had been the longest-serving member of Congress in history, representing Michigan for 59 years before retiring in 2015,” Davis writes. “Still, I know the humiliation and hurt when cruel comments are lobbed from a public forum, and my heart goes out to Debbie Dingell.”

Davis wraps up her op-ed by disagreeing with House Speaker Nancy Pelosi’s assertion, “What the president misunderstands is that cruelty is not wit.”

“I have to disagree with (Pelosi),” Davis writes. “I think he understands perfectly the power of cruelty to inflict deep wounds. He wasn’t aiming for wit. He wouldn’t bother with wit when he can aim for the heart of a widow and try to break it again.”