Love it or leave it? Under Trump number of Americans who want to move out of the country skyrockets 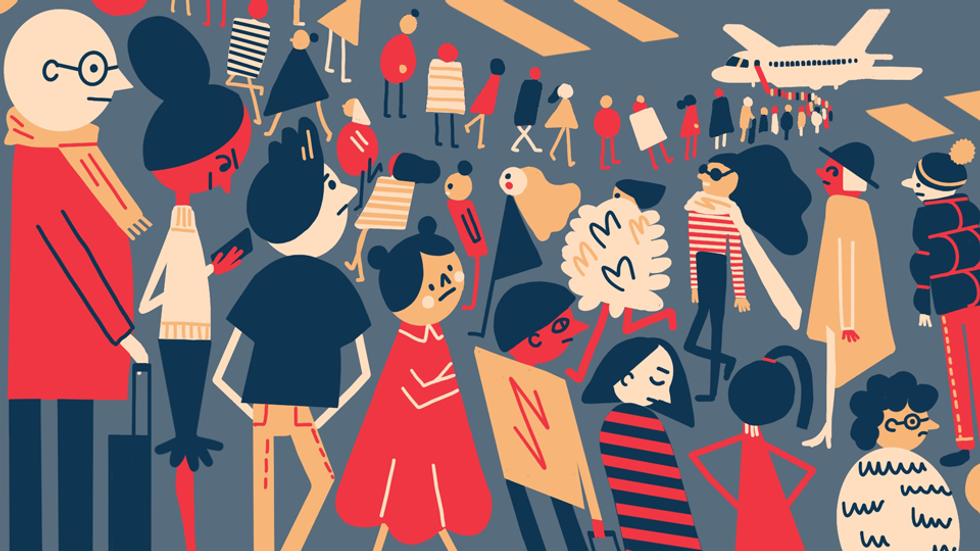 "America: Love it or leave it" was a popular refrain printed on bumperstickers in the 1960's, and a pro-war slogan during the Vietnam War. Five decades later, under President Trump, the number of Americans who would like to "leave it" is skyrocketing.

According to the pollsters at Gallup, when George W. Bush was president 11 percent of Americans wanted to exit the country permanently. Under President Barack Obama, the number dropped to 10 percent.

Under President Trump, the number has skyrocketed: now 16 percent of Americans would like to leave the United States. Gallup calls it a record.

The "exiters" are primarily anti-Trump. "22% who disapprove of Trump would like to move vs. 7% who approve," says Gallup, adding that, "most of the recent surge in Americans' desire to migrate has come among groups that typically lean Democratic and that have disapproved of Trump's job performance so far in his presidency: women, young Americans and people in lower-income groups."

Reaction to Trump has become a gender issue. Before Trump, "there was no difference between men's and women's desires to move." But under Trump, the number of women has almost doubled from the number of men.

Trump is likely the "primary motivator," says Gallup, noting that "if Americans disapprove of the job Trump is doing as president, they are more likely to want to leave the U.S."