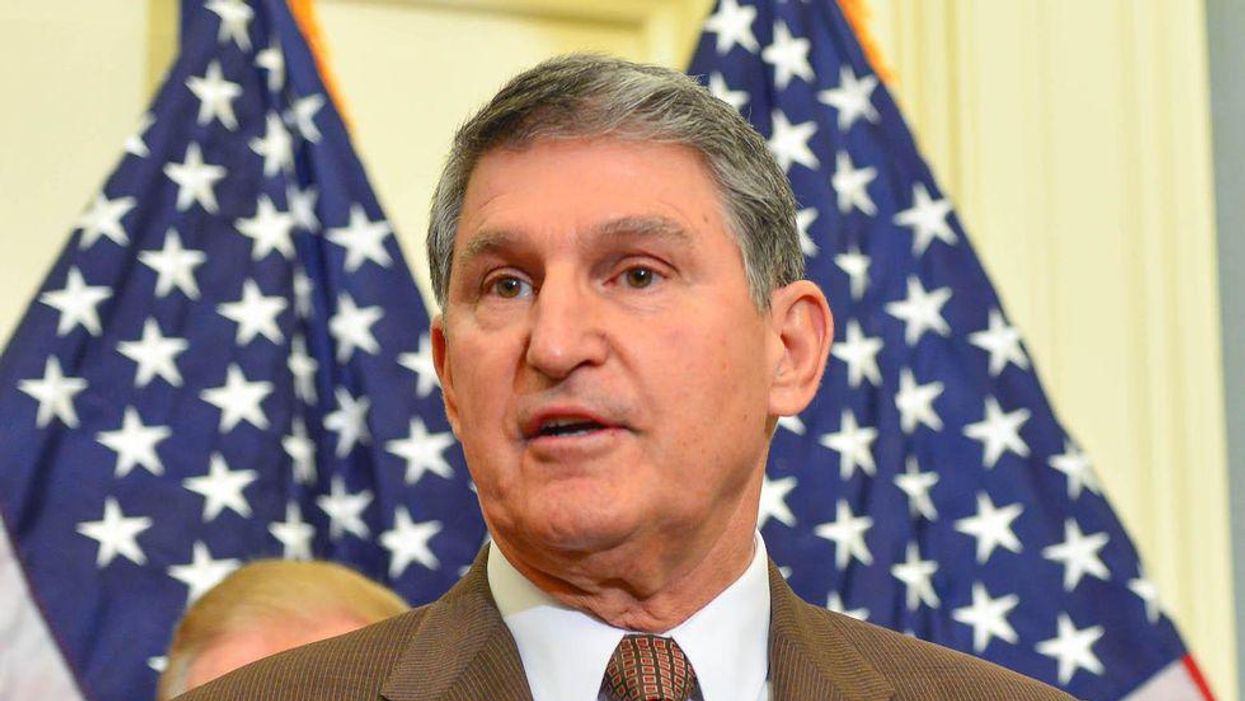 The West Virginia Poor People's Campaign led a "Mass Moral Motorcade" through three counties in the state on Thursday before stopping at Sen. Joe Manchin's office in Charleston, where organizers demanded the right-wing Democratic lawmaker stop standing in the way of his own party's push for voting rights and economic justice.

Madison was chosen as the starting point for the demonstration due to its connection to the Battle of Blair Mountain, the largest labor uprising in U.S. history.This week marks the 100th anniversary of the march by coal miners who were protesting dangerous working conditions and stolen wages.

"We're here today to honor our miners who stood up against their oppressors and said, 'No more,' said Pam Garrison, co-chair of the West Virginia Poor People's Campaign, at the rally.

"My forefathers, they had real bullets pointed at them," Garrison continued. "We have political bullets going at us... But you know what my forefathers did? They mobilized. They organized. They registered. And they educated the public and the people about what was happening to them."

The motorcade proceeded to the West Virginia Statehouse where local and national organizers issued four demands, calling on Manchin to support:

"At least when the filibuster began, you had to stay on the floor to defend it, and when you could stand no more it ended," said Barber. "Today we have a coward's filibuster—used by politicians who are too scared to make their case or know they can't make their case to stop legislation that the Chamber of Commerce and corporate interests don't like."

"It's time for Sen. Manchin to be a man and a statesman and do right by poor and low-income West Virginians and end [the coward's] filibuster so the Senate can pass voting rights protections, pass $15 an hour, and go down in history on the side of the legacy of the miners at Blair Mountain and the side of the Constitution and justice," the reverend added.

The Poor People's Campaign met with Manchin earlier this year to discuss his support of the filibuster, which he claimed helps protect the country against "partisan policymaking" in an op-ed that was denounced by political observers as "incoherent."

The legislative filibuster, which requires 60 votes instead of a simple majority to pass legislation, has historically been used to stop the passage of civil rights reforms and other progressive proposals.

The senator is also opposed to raising the minimum wage, despite representing a state where 40% of residents are low-income.

The senator has received thousands of dollars in campaign contributions from the U.S. Chamber of Commerce, the largest lobbying group in the nation, and has appeared to respond to pressure from the Koch-backed Americans for Prosperity, which has urged Manchin to stymie his own party's agenda, including the For the People Act and the John Lewis Voting Rights Advancement Act, which would restore the full Voting Rights Act of 1965.

As the motorcade arrived in Charleston on Thursday, led by a hearse representing Manchin's "burying" of crucial legislation, demonstrators walked two-by-two behind the vehicle to symbolize mourning for "the loss of Sen. Manchin's backbone."

Towards the end of the event at the Statehouse, where demonstrators listened to speakers from their cars in light of the Covid-19 pandemic, activist and musician Willie Nelson spoke with Barber via a live stream.

"I think it's important that we help the people vote because there's a lot of people on the other side that don't want you to vote and we have to beat them, we can't let them win," said Nelson.