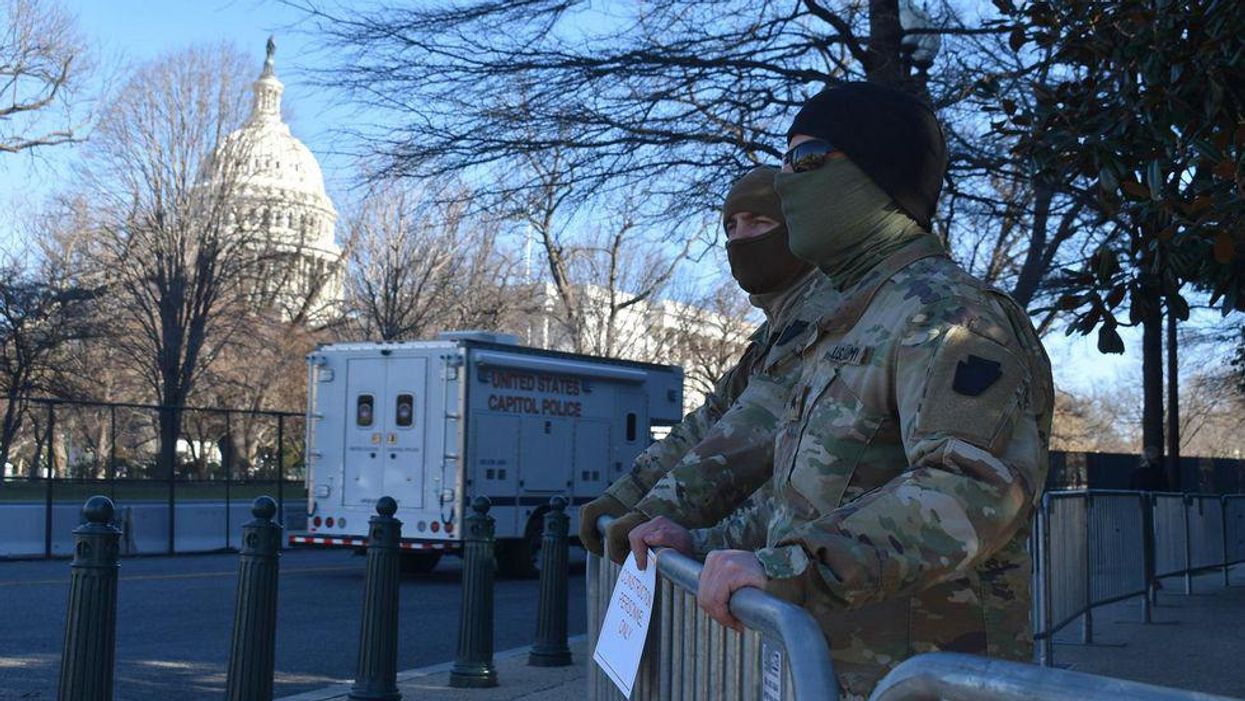 An intense five-hour standoff near outside the U.S. Capitol Building and the Library of Congress ended on Thursday afternoon when a suspected bomber, Floyd Ray Roseberry, surrender, MSNBC reported.

Videos showed Roseberry leaving his black pickup truck, with his hands up, as he surrendered to police. According to MSNBC reporter Pete Williams, police were searching Roseberry's home in North Carolina to look for materials used in explosives. But the Capitol Police said that "nothing that serious" was found.

MSNBC reports that the bomb threat at the Library of Congress is over and the man in the pickup truck -- identified… https://t.co/l7PhhdewcI
— Justin Baragona (@Justin Baragona) 1629397458.0

Roseberry is described by the Daily Beast as a "diehard Trump supporter." At a press conference held at 2:30 p.m. eastern time on Thursday, U.S. Capitol Police Chief J. Thomas Manager explained, "Moments ago, Floyd Roy Roseberry from North Carolina was taken into custody without incident."

Earlier in the day, around 9:15 a.m., police in Washington, D.C. responded to reports of a black pickup truck parked on the sidewalk only a few feet from the U.S. Capitol Building and the U.S. Supreme Court Building. Washington, D.C. has been on high alert since the January 6 attack on the Capitol Building, and the suspect told police that he had a bomb and a detonator in his hand — causing nearby buildings to be immediately evacuated.

According to the Daily Beast, the suspect identified himself as a Trump supporter in a livestream and demanded that Democrats "step down." The suspect expressed his anger toward President Joe Biden and House Speaker Nancy Pelosi.

The Beast reports, "'I love this land,' the man said in his livestream on Thursday, which was reviewed by The Daily Beast before it was removed. 'We got a few options here, Joe. You shoot me, two-and-a-half blocks go with it. And then, you're talking about revolution? The revolution's on. It's here, it's today. Told my wife I'd be home by Sunday. I'm looking for all my other patriots to come out and help me.' Police couldn't immediately confirm that the bomb was, in fact, operable or that he had a detonator."