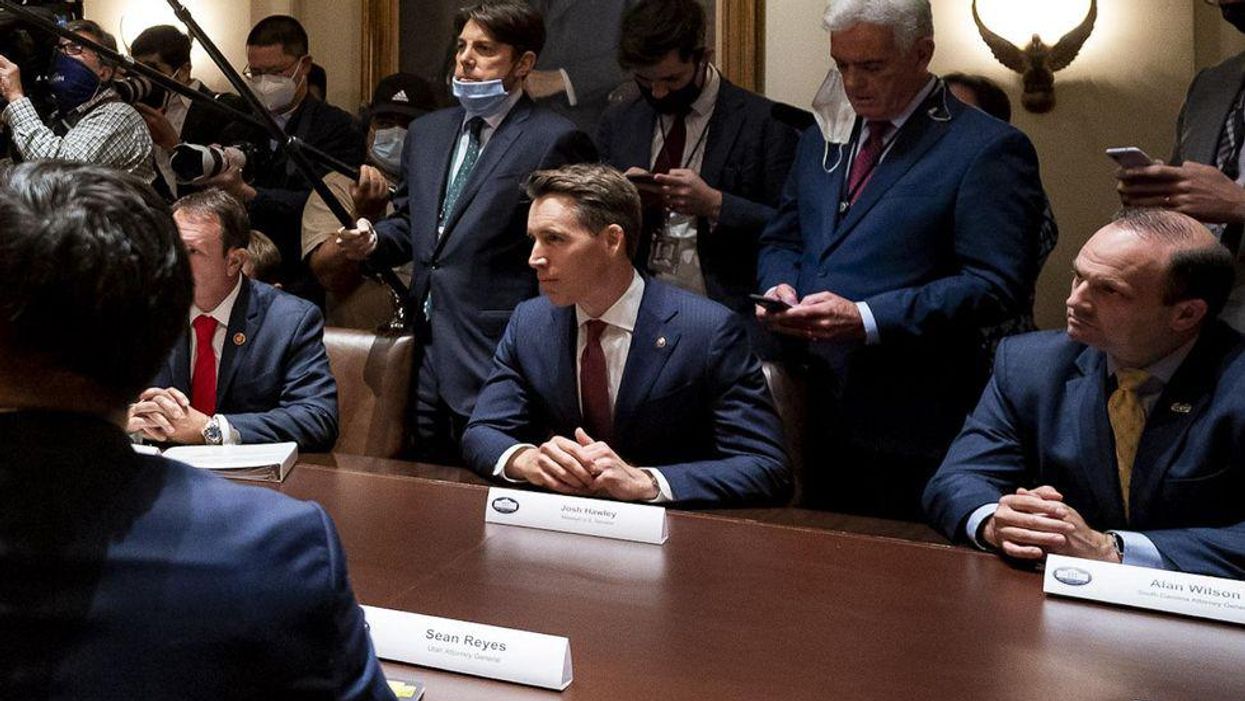 In honor of Independence Day, the St. Louis Post-Dispatch editorial board, known for its deep criticism of its own Sen. Josh Hawley (R-Mo.), published a piece warning the Republican Party about the dangers of its path.

While many people have different perspectives on the true meaning of patriotism and independence, the publication aimed to stress the importance of preserving the nation's "fundamental principles"; the same principles Republicans are eroding with their partisan policies.

"For all their faults (particularly on matters of race), America's founders were able to look past the authoritarian systems of monarchy and empire in their time, and envision a form of government in which the people ruled themselves, via their elected representatives. Inherent in that radical idea was the expectation that citizens whose preferred candidates failed to win elections would accept the judgment of the constitutional process. Democracy may well be, as Winston Churchill put it, the worst form of government except for all the others, but it is the only legitimate form of government, warts and all."

Despite the vision of America's founding fathers, the publication notes that a disturbing number of Republicans are still pushing the big election lie.

"A majority of Republicans still claim to believe the corrosive lie that Joe Biden is an illegitimate president," the publication wrote. "One poll indicates close to 4 in 10 Republicans consider violence to be an acceptable tool to address perceived failures by the nation's leaders. Patriots of conscience, regardless of party, should forcefully reject this inherently un-American mindset."

The editorial board argued:

Jan. 6 was among the darkest moments in the nation's history, not merely because of a rogue president's unheard-of refusal to accept his electoral defeat, nor his incitement of his followers to assault the U.S. Capitol in an attempt to overturn that defeat. The more lasting danger is the contempt for electoral democracy that the episode has exposed on America's political right.
...
It was exposed by the 147 Republican members of Congress (led by Missouri's own Sen. Josh Hawley) who, having just witnessed firsthand the violence that Trump's big vote-fraud lie had visited upon the seat of government, further promoted that lie, voting to overturn a valid election based on nothing but their supporters' disdain for the outcome. It was exposed in most congressional Republicans' failure to hold Trump accountable for what was arguably the most impeachable thing any sitting president has ever done. It was exposed in the GOP's refusal to allow a full investigation of the insurrection, for fear it would reflect badly on their party.To move forward in a positive direction, the publication is encouraging Americans to consider protecting our nation's democracy this Fourth of July.

It concluded: "On this Independence Day, Americans of all political stripes should be able to agree that elections must be accessible and fair, that the legitimacy of those elections must be respected regardless of outcome — and that violence is never an acceptable response from citizens who don't like a particular election result."