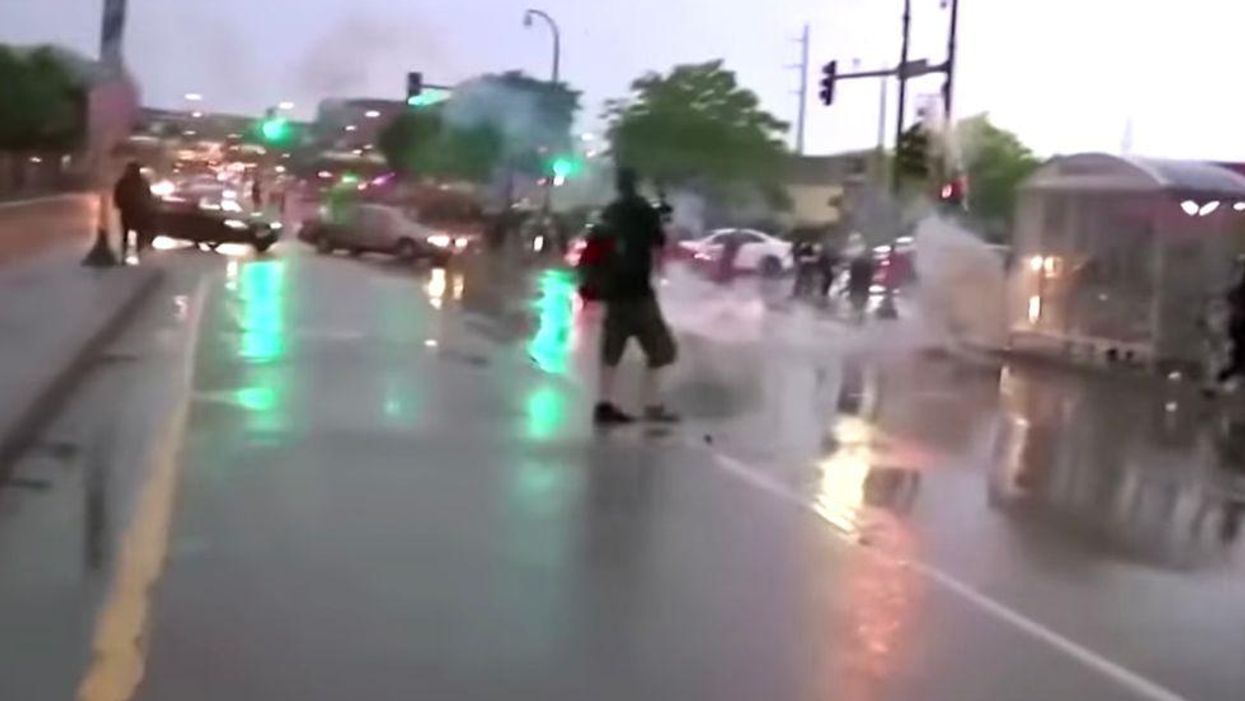 Image via Screengrab.
Here are the top 6 reasons why police are cracking down on black protesters while treating white reopeners with kid gloves
Meaghan Ellis
June 12, 2021

The controversial bill, which DeSantis has described as the "strongest anti-rioting, pro-law enforcement measure in the country," aims to escalate penalties for protesters. Instead of demonstrators being charged with misdemeanors for protest-related crimes, Florida lawmakers have sought to upgrade the same charges to felonies.

The publication notes that the bill also "increases discretion for police, prosecutors, and judges— in at least 14 states, contributing hundreds of thousands of dollars to the campaigns of the bills' sponsors." Due to the many stipulations the bill levels against protesters, law enforcement advocacy groups have heavily backed the bill.

The law would also give law enforcement agencies more flexibility to charge groups of protesters rather than just individuals. For example, if a protester vandalizes a vehicle, another protester in close proximity could also face charges regardless of whether they were involved in the physical act or not.

However, according to In These Times, Max Gaston, a staff attorney at the American Civil Liberties Union (ACLU) of Florida, has pushed back against the governor's claims and his support of the bill. Gaston argues that "HB 1 is not an anti-riot law. It is an anti-protest law that suppresses First Amendment rights by criminalizing peaceful protest and silencing government dissent."

Under the bill, Under HB 1, Gaston notes that "virtually every major demonstration in the last several years, from the Women's March to the March for Our Lives, would have involved a heightened level of danger from police and counter-protesters."

Per the publication, Gaston also said:

"[HB 1] will almost inevitably result in more arrests, felony convictions, and debilitating legal financial obligations," Gaston said. For example, the law "effectively authorizes police officers to decide in every instance what constitutes a riot, what conduct is criminal under the new law, and who can be arrested for merely assembling to highlight and discuss issues of public importance."

Now, Republican lawmakers in other states are making similar efforts to deter protesters from exercising their rights. Missouri and Oklahoma have also signed anti-protest bills that have faced heightened blowback. Civil rights advocacy groups are now pushing back and arguing that bills like HB1 "violate the First and 14th Amendments by chilling protected speech, criminalizing protest and specifically targeting Black organizers."