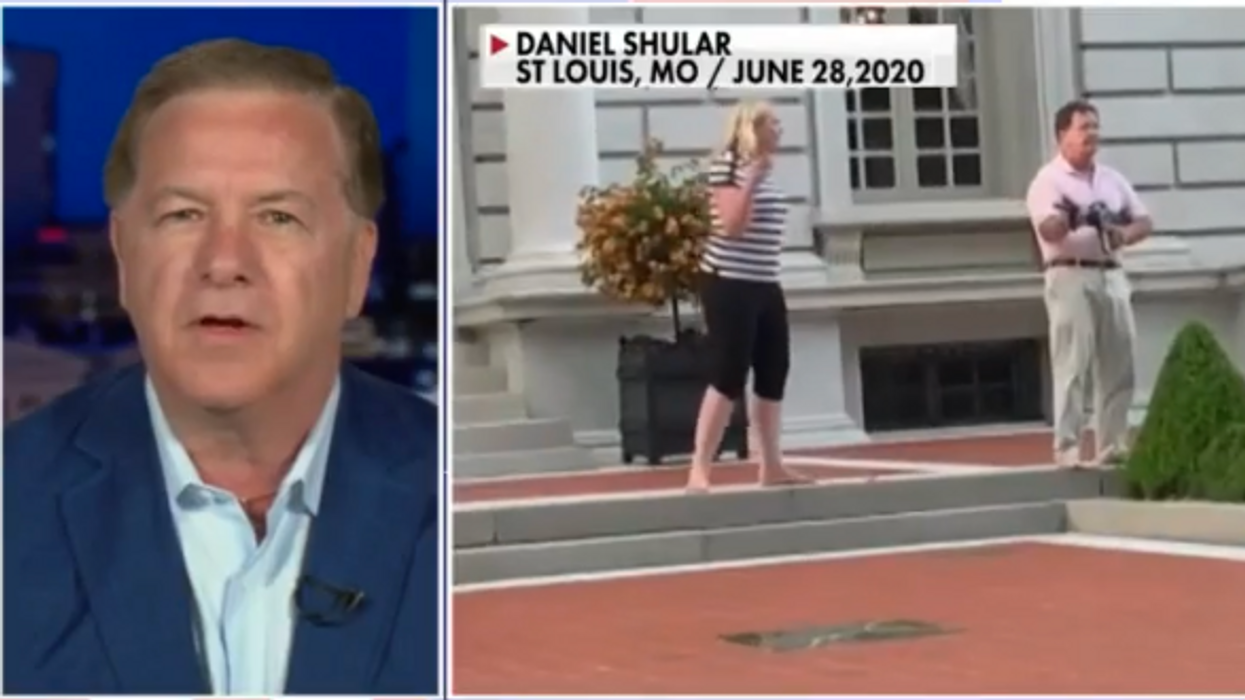 At the end of the current term, Missouri Sen. Roy Blunt has said he'll end his run as the head of the Blunt Family Lobbying Enterprises. Which leaves an opening for a new senator in an increasingly red state that Trump took by over 15% in 2020.

Back in 2012, Todd Akin led in the polls over Claire McCaskill until his comments about how women rarely get pregnant from "legitimate rape" generated a national firestorm. But that was 2012. It's clear that a decade later, such a comment wouldn't make a single Republican turn away. In fact, everything that Akin said could very well be a required Republican "wisdom" by the time the election rolls around.

In any case, the opportunity to slip into Blunt's extraordinarily lucrative slot has Republicans scrambling out of the woodwork, and Missouri has already lined up three candidates who could not be better examples of a modern major Republican. Seriously. It's a smorgasbord of choices that make the shrimp buffet at Mar-a-Lago seem insufficiently Trumptastic. Because those choices are: The ex-governor who resigned in the midst of a sex scandal, the attorney general who is suing China over COVID-19, and the guy whose fame entirely rests on waving around an AR-15 while wearing a pink polo shirt.

In the race to the bottom, Missouri has pulled out a really big shovel.

First up is Eric Greitens. If the name sounds familiar, that's because Greitens already won the more-ridiculous-than-thou sweepstakes once. In 2016, Greitens jumped into the campaign for Missouri governor, lifting a list of donor names from a charity and knocking down the largest campaign donation in Missouri history—$1.97 million—from a super PAC that had been completely unknown until the moment it wrote that check. That super PAC turned out to be just a cover for another super PAC. And that super PAC turned out to be a front for wealthy Ohio attorney David Langdon, whose primary issues were, of course, blocking a woman's right to choose and rolling back gay rights. None of this was revealed during the campaign, during which Greitens promised radical transparency while running commercials that featured blowing things up. And shooting things. Then blowing up more things. Really.

But it wasn't the multiple investigations into his charity or his extensive resume padding that ultimately brought down Greitens. That came courtesy of a scandal in which the governor admitted to having an extramarital affair with his hairdresser. During this affair he tied her up, blindfolded her, took nude photos, and threatened to reveal the photos if she ever went public. Greitens ended up being investigated by none other than then state attorney general Josh Hawley—showing that Missouri was already primed for a face-off of Republicans in the search for the limits of sanity. The charges against Greitens were eventually dropped after the photos could not be found, but an investigation by the Republican-dominated legislature led to Greitens getting out of Jefferson City just ahead of an impeachment that had been signed on to by three-quarters of each chamber.

The next choice for Republicans seeking a candidate in 2022 is another Eric: Missouri's current attorney general, Eric Schmitt. Schmitt's name may also be somewhat familiar to those outside the Show-me State became he was the head of the Republican Attorneys General Association. That would be the Republican Attorneys General Association that worked closely with Trump to undermine the results of the 2020 election. In fact, Schmitt's name was one of those on the suit that the RAGA sent to the Supreme Court when it challenged the election results in Pennsylvania—an effort the Republican-heavy Court promptly swatted down. Schmitt was also on hand for multiple attempts to overturn Obamacare.

In the last few weeks, Schmitt had resigned his position with RAGA to concentrate on his Senate run. First task: doing something even more outrageous to solidify his position with the frothing Republican base. But what could he do that would be more foolish, more out there, and more slavishly Trump-worshipping than trying to directly intervene in the election? Well, how about launching a stunt lawsuit against China over the COVID-19 pandemic and hurting Asian Americans in the process? Schmitt dropped off his paperwork at the U.S. District Court for the Eastern District of Missouri, claiming that Chinese authorities "deceived the public, suppressed information and permitted millions of people to be exposed to the virus." It's a suit that's doing nothing other than allowing Schmitt to say "China virus" in every media appearance—but it is a solid way to harness taxpayer funds and xenophobic hate to bolster his chance in this three-way race.

The third (and for now, final) choice for Republicans is another name that's been in the news before: Mark McCloskey. You may remember McCloskey for his role in standing behind his wife while they both waved guns at protesters who had the audacity to "walk past his house." Or you may know this fabulously wealthy ambulance-chasing attorney from his lifetime role of being an absolutely massive a**hole. That includes the time that he smashed bee hives belonging to a Jewish synagogue, which had planned to use the honey for Rosh Hashanah. ("The children were crying in school," said Rabbi Susan Talve. "It was part of our curriculum.")

When Black Lives Matter protesters dared pass through his gated community on their way to the home of St. Louis' mayor, McCloskey and his wife Patricia rushed out to turn this into a totally unnecessary confrontation. Though you would never know this from the way McCloskey has been feted on Fox News, or how the couple has become a right-wing symbol of standing their ground … against people who were not on their ground.

Of the three, McCloskey may be the only one who has already kicked out a campaign ad for his senatorial run, and it's a doozy. "When the angry mob came to destroy my house and kill my family," McCloskey says at the beginning of the ad, "I took a stand against them."

Strangely enough, the "angry mob" didn't destroy any homes, or kill anyone at all on their march through the city. But sure. That's the kind of talk that earned McCloskey a guest role in several Trump rallies.

But that's not even the best part of the ad. The best part has to be how America's most infamous wearer of a too-small pink polo, a personal injury lawyer whose home is a baroque mansion so gaudy that it would make Gaudi scream, is featured in his ad driving a tractor and emerging from a tiny country home. It may seem counter to the intention of this article and site to actually run a Republican candidate's campaign ad in full but hell … this one deserves to be seen.

After all, Schitt's Creek may be over. But with Schmitt, Greitens, and McCloskey, it's clear that Missouri is really going down the toilet.