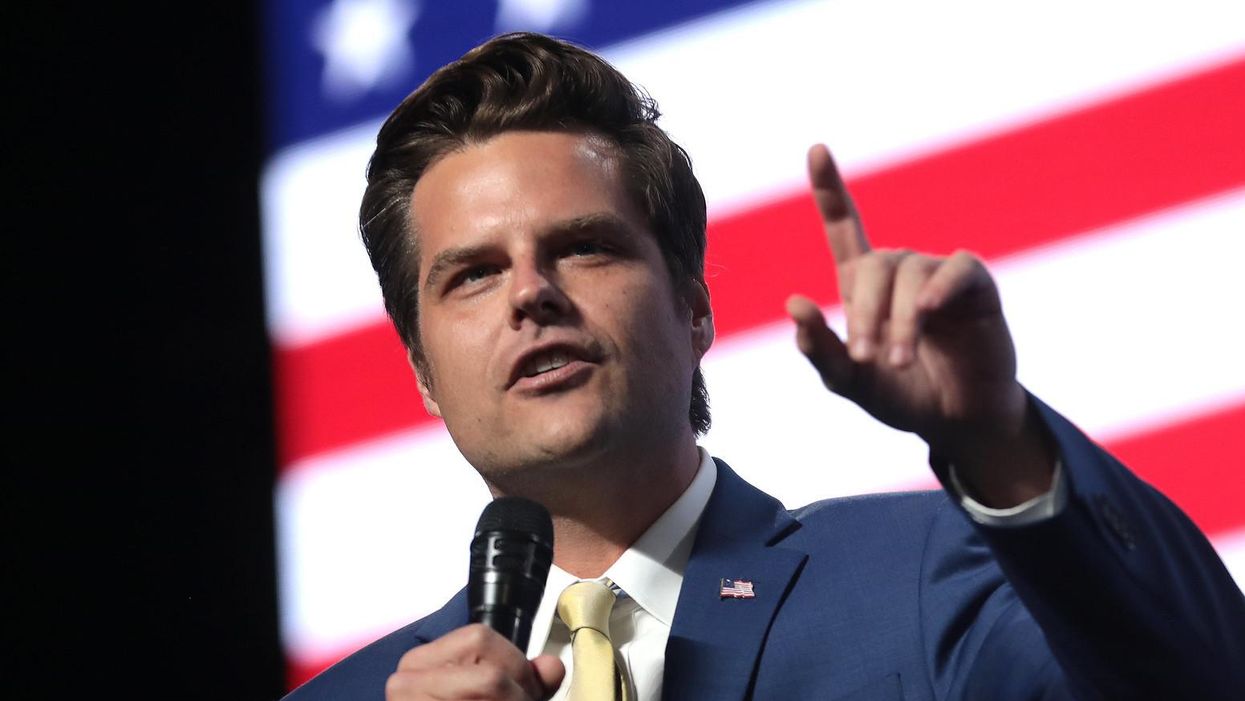 As Rep. Matt Gaetz (R-Fla.) faces a litany of allegations over his alleged involvement with a 17-year-old girl, his communications director has decided to resign "out of principle," according to multiple reports.

ABC News reports the Florida lawmaker's office released a statement confirming Luke Ball's departure. According to the statement, the communications director, who has worked for Gaetz's office since 2017, reached a mutual agreement about him parting ways with the office.

"The Office of Congressman Matt Gaetz and Luke Ball have agreed that it would be best to part ways. We thank him for his time in our office, and we wish him the best moving forward," Gaetz's office wrote in its statement.

Ball's departure comes as Gaetz is immersed in an increasingly lurid scandal. In addition to facing sex trafficking allegations, Gaetz is also the subjects of multiple reports portraying his treatment of women in a negative light.

According to ABC News, a federal investigation is underway as authorities attempt to determine "whether he and an associate in his home state of Florida provided cash or others things of value to women they had sex with after connecting online." The investigative probe is also an effort to determine whether or not Gaetz may have used campaign funds to cover the payments to these women.

MSNBC senior producer Kyle Griffin also tweeted about the latest allegations the Republican lawmaker is facing. "Gaetz was part of a group of young male lawmakers in the Florida House who created a 'game' to score female sexual conquests, which granted 'points' for various targets such as interns, staffers or other female colleagues in the state House."

ABC News: Gaetz was part of a group of young male lawmakers in the Florida House who created a "game" to score fema… https://t.co/3wxGiSdqpF
— Kyle Griffin (@Kyle Griffin)1617381000.0

He also included a tweet about the nicknames Gaetz and his father were given while they were both in office at the same time. However, women reportedly dubbed the embattled lawmaker two different nicknames because of how uncomfortable he made them feel.

In wake of the flood of allegations, Gaetz has spoken out to defend himself. When he appeared on Fox News with Tucker Carlson, Gaetz claimed the allegations were part of an attempt to extort his family for $25 million. He also ousted David L. McGee, a partner for the Beggs & Lane Attorneys & Counsellors at Law, who he insists is behind the extortion. However, McGee's law firm has fired back with a statement denying the claims, reports WEAR-TV.

"During his tenure with the Department of Justice, [McGee's] reputation for integrity and ethical conduct was impeccable," Beggs & Lane said in a statement released on Wednesday. "It has remained impeccable throughout his 25-year tenure with our firm. While he was with the DOJ he would never have entertained a scheme such as what Congressman Gaetz suggests nor would he today. Unsubstantiated allegations do not change that fact."

Despite the blowback, Gaetz maintains his innocence and adamantly insists all of the claims brought against him are false.