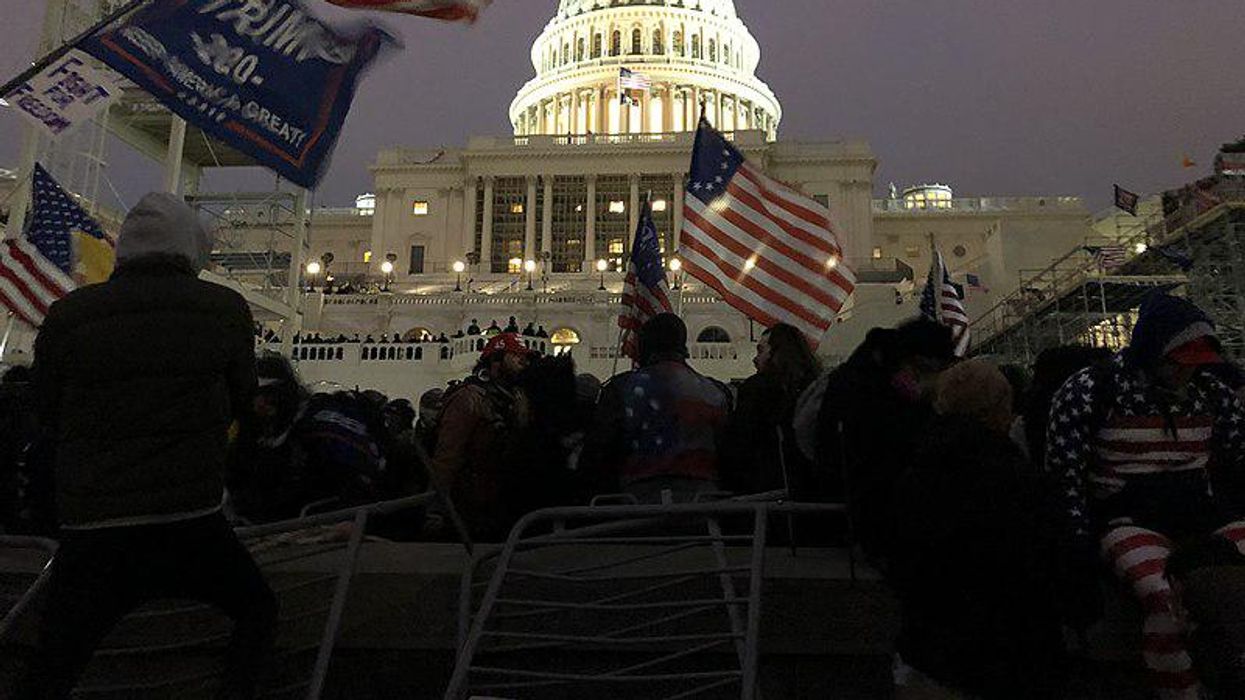 The top editor of a New York-based Orthodox Jewish publication previously attempted to justify the deadly U.S. Capitol riots that erupted on Jan. 6, but he left out one glaring detail about his support for the insurrection.

According to Politico, Elliot Resnick, chief editor of the Brooklyn-based Jewish Press, wrote a piece explaining why he believed the insurrection on the U.S. Capitol was necessary. However, he reportedly left out the fact that he was among the angry mob of Trump supporters who stormed the federal building.

After further review of extended footage from the Capitol riots, Politico confirmed Resnick was visibly seen behind a small group of Capitol police officers wearing tactical gear as he crossed the Capitol Rotunda.

Resnick reportedly "entered a vestibule where a group of eight people surrounded a lone Capitol Police officer standing in front of an entryway with cracked window panes, other members of the mob visible outside," the publication reports.

As Resnick moved closer toward the small group, the video captured a mobster yelling at the police officer saying, "You've got a job to do? That's a poor excuse." Resnick appeared to be speaking to the officer as the camera moved in a different direction.

Resnick's history of radical conservatism and failure to acknowledge his own presence at the U.S. Capitol has garnered criticism from civil rights activist groups and the Jewish Community.

Eric Ward, executive director of the extremism tracking group, Western States Center, expressed concern about how Resnick's actions indicate that even those part of "marginalized communities" can gravitate toward authoritarian-style politics.

"It doesn't speak to the whole of the Jewish community, but I think it does speak to the fact that even in marginalized communities in the United States [some members] will adopt and orient towards an authoritarian-style politics," said Ward.

He added, "The good news is that it's not the majority in any of those communities. But neither is it an aberration."

In response to the criticism Resnick is facing, Naomi Mauer, the assistant publisher for the Jewish Press, released a one-sentence statement addressing the situation. According to Mauer, it appears Resnick "acted within the law." She wrote, "As we understand the facts, we believe that Mr. Resnick acted within the law."

However, it is important to note that unlawful entry into the federal building is a crime—one that many Capitol rioters are currently facing for storming the building. As of Thursday, April 8, Resnick has not been charged for being present at the Capitol during the riots.