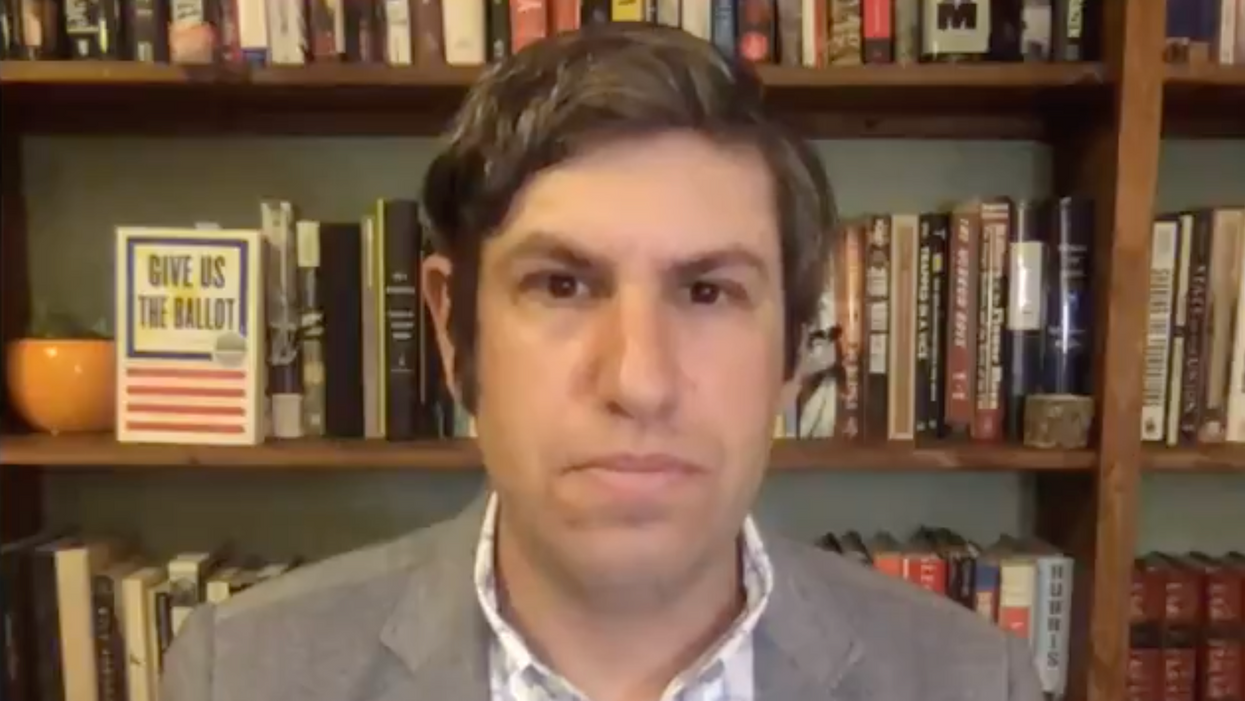 Georgia's new voter suppression bill, which was signed into law by Republican Gov. Brian Kemp on Thursday, has been slammed by its critics for the many ways in which it will make voting more difficult in the Peach State. But journalist Ari Berman, during a Thursday night appearance on MSNBC's "The Rachel Maddow Show," zeroed in on what he considers the most disturbing part of the law: the fact that it gives Republican state officials in Georgia the power to take control of local election operations.

Crucial point here from my colleague @AriBerman: the most sinister parts of Georgia’s new voting law are not the on… https://t.co/ciC2CSNIP2
— Mark Follman (@Mark Follman)1616735559.0

Berman responded, "Yes, if this law had been in place, Donald Trump absolutely might have succeeded in overturning the election in Georgia because his biggest Republican critic in Georgia was the secretary of state, (Brad Raffensperger)…. If the Republican legislature in Georgia had wanted to overturn the will of the voters, they could have done that through control of the State Board of Elections and through leaning on county board of elections. And this is why they have made this such a big part of the bill."

Berman continued, "A lot of things got the headlines, right, Rachel? Not being able to give people food and water, trying to cut back on early voting — those kinds of things got the headlines. But I think the real purpose here was to intensify control over how every aspect of elections are run in Georgia. So, when there are close elections in the future — which they know there will be — they will have unprecedented power to challenge the election results and to decline to certify them if they don't like who the winner is."