The link between Trumpland, QAnon, evangelical culture, and child-sex predators 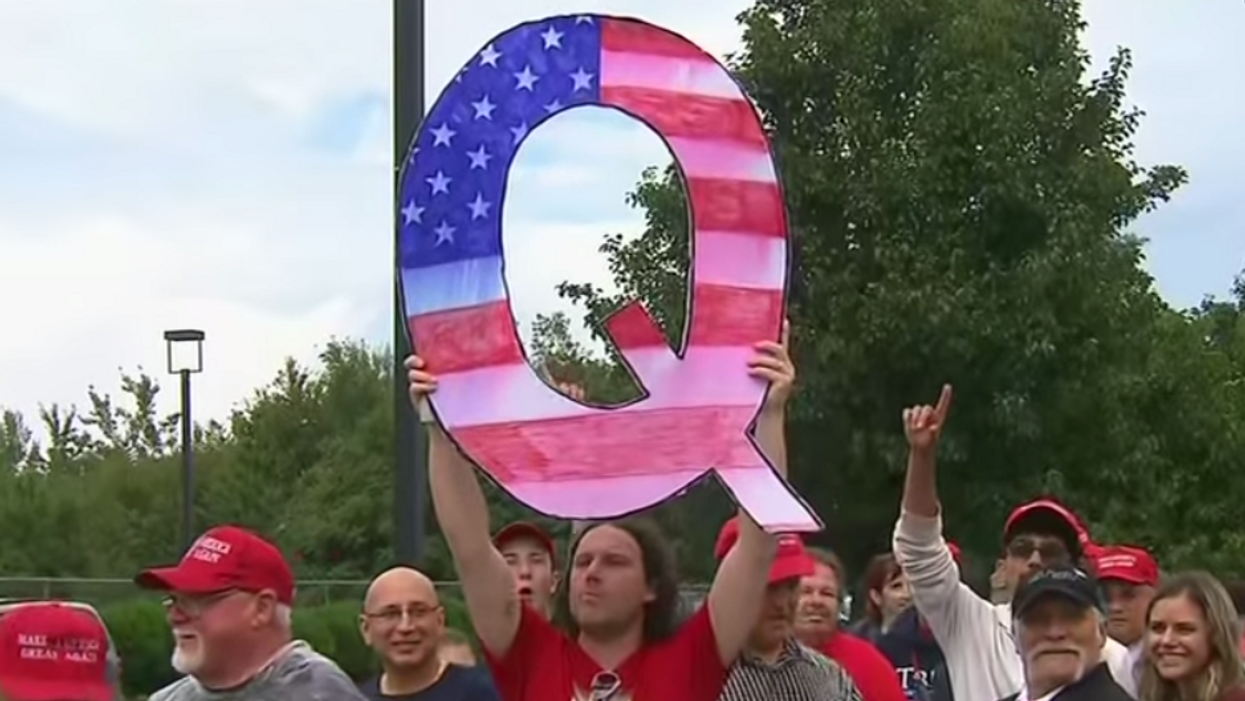 Ben Gibson, a failed Republican congressional candidate who shared QAnon content on social media, was arrested in December on four counts of child pornography. A few months earlier, Joshua Jennings was arrested on first-degree murder charges for allegedly killing his girlfriend's 10-month-old daughter. Investigators found that Jennings had plastered the QAnon associated #savethechildren hashtag all over his Facebook wall, interspersed with rants about killing pedophiles.

The central tenet of QAnon is that a cabal of Satan-worshipping pedophiles controls all major institutions that must be cleansed by Donald J. Trump in a wave of purifying violence. Given that, it's odd that the faithful are so tolerant of child sexual exploitation in Trumpland itself. Trump used to party with billionaire child sex criminal Jeffery Epstein, and in 2002 described the financier as "a terrific guy," adding: "It is even said that he likes beautiful women as much as I do, and many of them are on the younger side." George Nader, high-ranking diplomatic advisor to Donald Trump and QAnon favorite General Mike Flynn, is serving 10 years in prison for child pornography and trafficking a minor for sex. Ruben Verastigui, a senior digital strategist for the Trump campaign, was arrested in early February on federal child pornography charges. Trump's 2016 Oklahoma campaign chair and a Trump delegate from Kentucky are currently doing time for child trafficking.

4chan, a loosely moderated, anonymous imageboard dedicated to pushing the limits of free speech, will inevitably attract more than its share of unsavory characters.

Needless to say, the vast majority of chan users are not pedophiles, but a loosely moderated, anonymous imageboard dedicated to pushing the limits of free speech will inevitably attract more than its share of unsavory characters.

Pizzagate, the forerunner to QAnon, came about because 4chan users read John Podesta's hacked emails and mistook Podesta's genuine love of food for a coded language that was already in circulation on 4chan.

The early QAnon evangelists brought the fledgling faith to the larger world, starting with YouTube and Alex Jones' InfoWars. This was a critical step in QAnon going mainstream.

"Q" of QAnon fame was one of many chan users ("anons") who posed as anonymous government insiders doling out cryptic clues for readers of 4chan's Politically Incorrect board, /pol/. This genre was so common that anons nicknamed it "LARPing" (a derisive comparison to "swords and shields" live action role-playing). LARPers like FBIAnon and MegaAnon explored many of the same themes as QAnon, but never went mainstream. Q Origins speculates that QAnon has a life beyond the chans because of Q's ability to tone down the overt racism and sexism of /pol/ to a level closer to what you'd see on Fox News.

The early QAnon evangelists brought the fledgling faith to the larger world, starting with YouTube and Alex Jones' media empire, InfoWars. This was a critical step in QAnon going mainstream. Chans are an insular world that is only navigable by people with a fair amount of technical sophistication and a high tolerance for obscenity and abuse. QAnon's spread across more user-friendly platforms, particularly Facebook, brought the theory to a normie audience, including evangelical Christians.

QAnon's focus on child trafficking also became a powerful recruiting feature as the conspiracy theory spread online within the massive parenting and wellness subcultures. Appeals to #savethechildren resonated with moms and some dads who wouldn't otherwise have been interested in QAnon. After all, every 21st-century parent worries about child abuse. Everyone's against child sex trafficking. It's a lot more socially acceptable to share content that's ostensibly about stopping trafficking than it is to talk about the other side of QAnon, the prophecy of political violence and authoritarian rule.