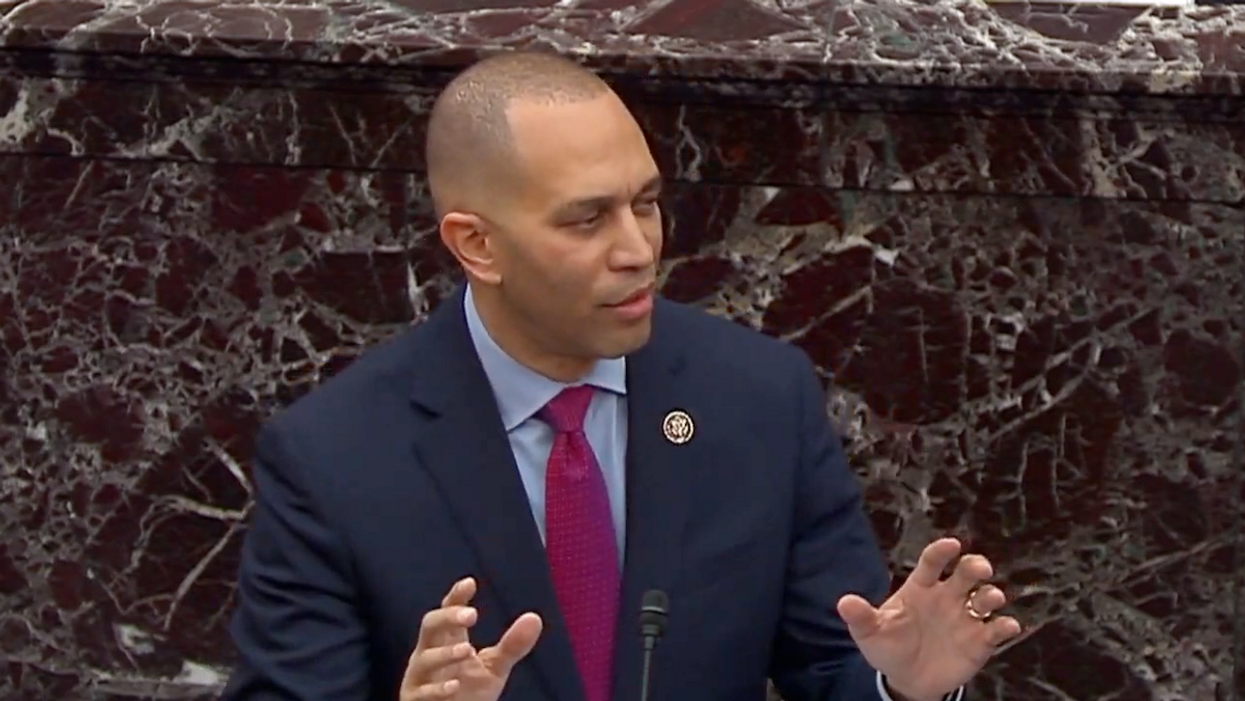 Democratic New York Representative Hakeem Jeffries figuratively set fire to freshman Republican Utah Representative Burgess Owens in a recent speech that called out Owens for daring to criticize Democrats for not being patriotic while Owens himself voted, one day after the January 6 insurrection, to overturn the results of a fair election in favor of now-former President Donald Trump.

On one of his first days in the chamber, Owens lectured House Democrats on needing to show national unity by reciting the Pledge of Allegiance alongside Republican counterparts. Owens did this even though he himself voted on January 7 to challenge the Electoral College's votes declaring Joe Biden as the winner of the 2020 elections, thus attempting to overturn millions of non-white Americans' legal votes and destroy the very notion of Democracy itself.

Owens said, "Tonight [people] will not stand for the flag because they've been taught by their adults not to love our nation. What can we do here as leaders? Guys, let's put aside the partisanship and appreciate the fact we have a body here of every color under the rainbow, every background… I'm gonna follow up with what Congressman Lee (Zeldin) says: 'It's not about words. It is about actions.' Fifteen seconds to show our kids that we are adults, that we can agree to disagree, where we love our country enough to at least stand up and recognize our flag."

In response, Jeffries said, "He sat here lecturing us about patriotism, and I was just going to ask him how he voted after a violent mob
attacked the Capitol, to hunt down members of Congress, to hang Mike Pence, to assassinate Nancy Pelosi, to stop us from undertaking our constitutional responsibilities as part of the peaceful transfer of power. More than 100 officers seriously injured: brain injuries, head trauma. Ine officer lost three fingers. Another officer, because of an assault on him, is likely to be blind. Officers Sisnik died, blood was spilled, two other officers are no longer with us.

"And you want to sit here and lecture us about patriotism?!?" Jeffries continued. "When you voted to object to an election that you know Joe Biden won, and perpetrated the big lie. But the notion of you come in here lecturing us on your first day before this committee… it's not about words, it's about actions. You know what? Explain your actions on January 7 when you supported an insurrection."