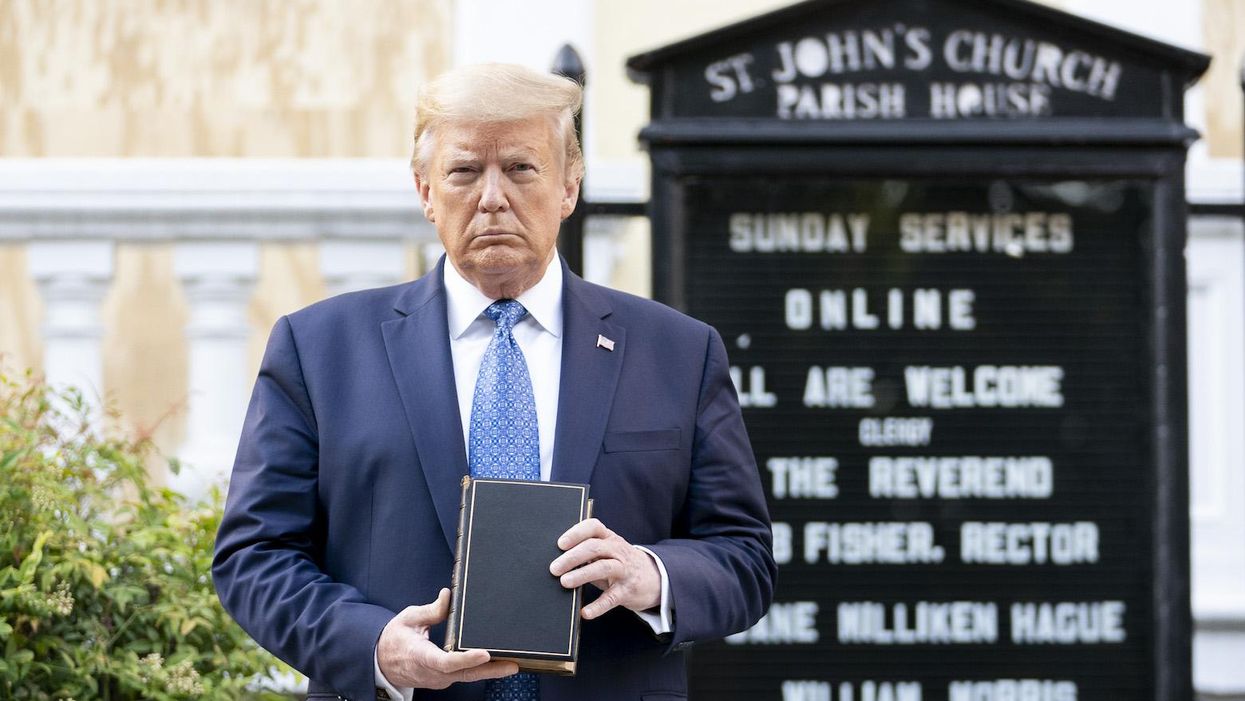 A Republican strategist is warning about the dangerous path the Republican Party could be embarking on if they do not convict Trump for inciting the deadly insurrection on the U.S. Capitol.

According to the Huffington Post, Sarah Longwell, a Republican strategist and founder of the organization Republican Voters Against Trump, on Thursday, Jan. 28, discussed the long-term repercussions that may come if Senate Republicans do not hold former President Donald Trump accountable for his actions. Longwell also stressed that the best course of action would be to end Trump's political future now or he could be a heavy influence on the party for the next decade.

"This is their best chance to put a stake through Donald Trump's political future," she said. "If they don't take it, Donald Trump is going to control this party for the next 10 years."

Longwell also noted the dangers Trumpism poses to not only the Republican Party but the entire country.

It's "not just dangerous for the Republican Party," she cautioned, but "an existential threat to the country to have one of the two major political parties controlled by people who are out there spreading conspiracy theories."

While there are controversial Republican lawmakers like Rep. Marjorie Taylor Greene (R-Ga.) and Rep. Lauren Boebert (R-Colo.) who believe in the disturbing QAnon conspiracies, Longwell emphasized that she is referring to highly publicized Republican lawmakers like House GOP Minority Leader Kevin McCarthy (R-Calif.) and Rep. Matt Gaetz (R-Fla.) who have platforms large enough to make an impact.

Instead of focusing on upholding the Constitution, they have focused on appeasement in an effort to solidify the future of the own political careers.

"And I'm not talking about Marjorie Taylor Greene," Longwell clarified. "I'm talking about (House GOP Minority Leader) Kevin McCarthy and (Florida GOP Rep.) Matt Gaetz and so many others in Congress who voted to object to a free and fair election, who told voters that it was stolen from them, who followed Donald Trump and it led to a violent attack on the Capitol."

She noted that McCarthy's stance should be: "This is our chance to be done with Trump." However, she admitted that she is "worried that that is not the direction they are going to go."

Trump's Senate impeachment trial is set to begin on Feb. 8.