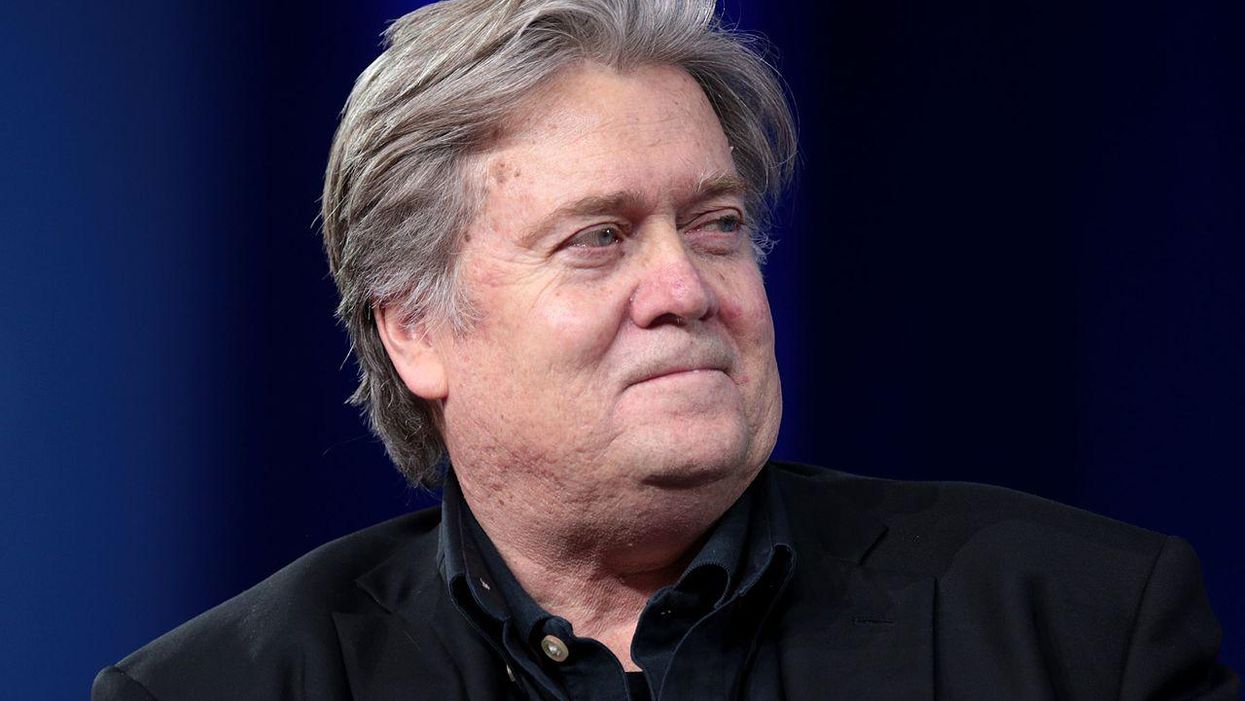 Steve Bannon, the former White House Chief Strategist for the Trump administration, is the latest Trump affiliate to face social media consequences for the spread of misinformation.

On Friday, Jan. 8, YouTube opted to remove Bannon's "War Room" podcast channel due to noncompliance with the video-sharing website's guidelines.

In a statement to The Wrap, a YouTube spokesperson confirmed that Bannon's channel and an associated channel were both banned The spokesperson also reiterated YouTube's latest policy updates incorporated on Jan. 7 and the course of action that will be taken for those who violate rules regarding the spread of misinformation.

"In accordance with our strikes system, we have terminated Steve Bannon's channel 'War Room' and one associated channel for repeatedly violating our Community Guidelines," a YouTube spokesperson said. "As we said yesterday, any channel posting new videos with misleading content that alleges widespread fraud or errors changed the outcome of the 2020 U.S. Presidential election in violation of our policies will receive a strike, a penalty which temporarily restricts uploading or live-streaming. Channels that receive three strikes in the same 90-day period will be permanently removed from YouTube."

Bannon's ban came just days after YouTube released a statement via Twitter announcing a multitude of changes to its guidelines on the circulation of false information. Following the disturbing civil unrest that erupted at the U.S. Capitol, YouTube addressed the unfortunate series of events as it vowed to effectively take action against the claims of widespread voter fraud.

1. Due to the disturbing events that transpired yesterday, and given that the election results have now been certif… https://t.co/kJ3MAGYY1g
— YouTubeInsider (@YouTubeInsider)1610039987.0

3. Like other major policy updates, in our Help Center, we noted that there would be a short grace period after the… https://t.co/lxXORHPus6
— YouTubeInsider (@YouTubeInsider)1610039988.0

Bannon joins the long list of Trump allies who were faced with a rude social media awakening on Friday. President Donald Trump along with his campaign attorneys were banned from Twitter "due to the risk of further incitement of violence." While Trump has managed to hold on to his YouTube channel, Bannon's previous YouTube URL now displays an error message.