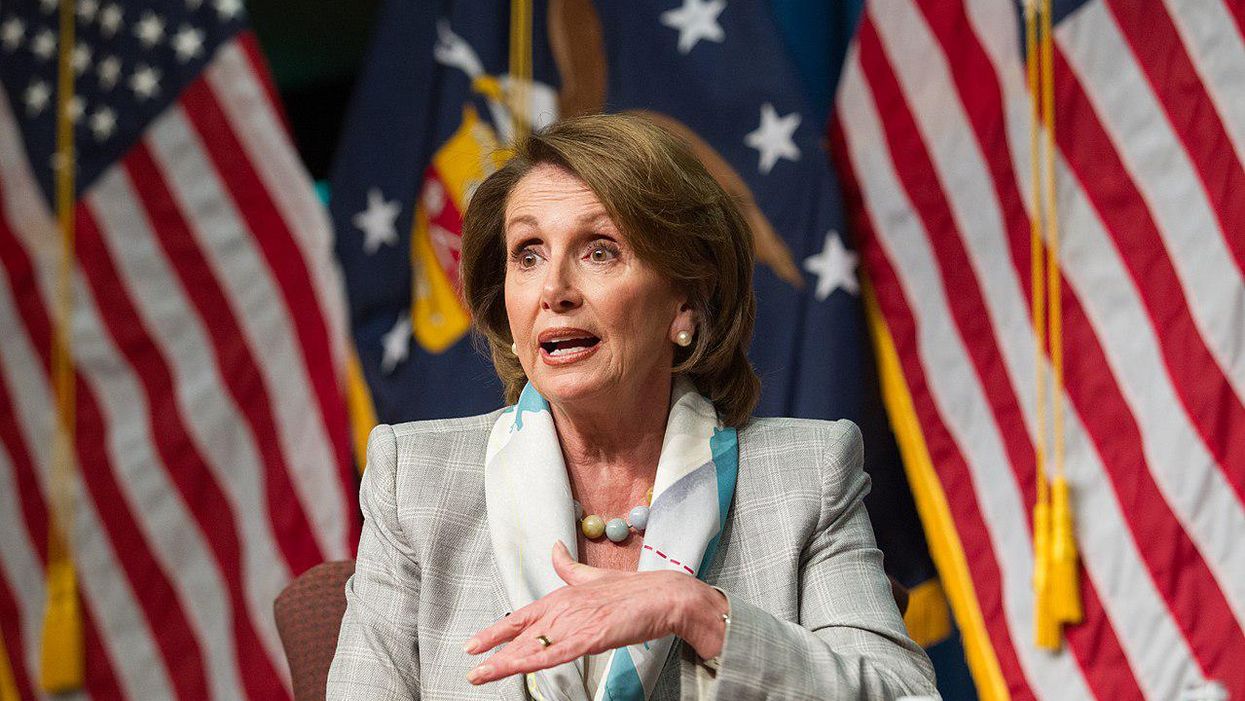 Amid the U.S. Capitol breach on Jan. 6, a viral photo captured a male Trump supporter smiling while carrying House Speaker Nancy Pelosi's (D-Calif.) lectern. Now, law enforcement has identified who he is and made an arrest.

According to the Miami Herald, the man in the viral photo has been identified as 36-year-old Adam Christian Johnson of Parrish, Fla. On Friday night, Johnson, described as a stay-at-home dad to his five children, was arrested on a federal U.S. marshal warrant and taken into custody at the Pinellas County jail.

Following the civil unrest at the Capitol, the Federal Bureau of Investigation (FBI) conducted a search based on the photo snapped of Johnson. The federal agency confirmed that he was quickly identified.

Johnson, himself, also posted to social media several times as he shared details about his stay in Washington, D.C., not long before the riot began. The publication also reports that, around that time, Johnson made derogatory remarks leveled at the Black Lives Matter movement and members of law enforcement he believed were infringing on his First Amendment protest rights.

Johnson's arrest comes as the FBI continues its search for those who were involved in the siege on the U.S. Capitol. As of Friday, Jan. 8, law enforcement agencies had made more than 50 arrests in connection with the disturbing breach. Of the 52 arrests that have been made, The Hill reports 26 of the arrests were made on the grounds of the U.S. Capitol "including four for carrying pistols without a license and one for possession of a prohibited weapon."

Another man, identified as Richard Barnett of Gravette, Arkansas, was also arrested after stealing items from Pelosi's office.

However, law enforcement officials are still searching for others who were involved. According to Pinellas County arrest records, Johnson is still being held behind bars with no bond as he awaits trial.