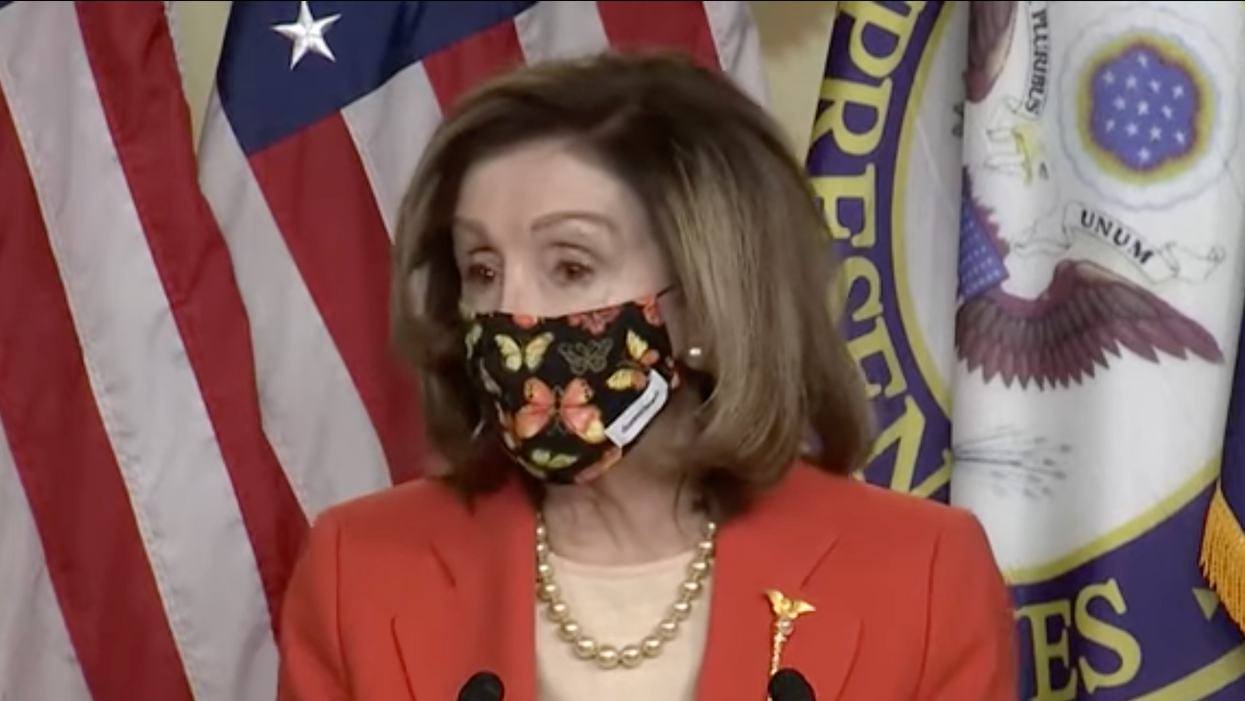 House Speaker Nancy Pelosi, at a press conference on Friday, addressed concerns that some members of Congress possibly encouraged the extremists who stormed the U.S. Capitol Building last week — and she made it clear that in some cases, criminal prosecution might be called for.

Pelosi told reporters, "If, in fact, it is found that members of Congress were accomplices to this insurrection — if they aided and abetted the crime — there may have to be actions taken beyond the Congress in terms of prosecution."

House Speaker Pelosi says Congress members may be prosecuted over the Capitol insurrection “if they aided and abett… https://t.co/YUI17h5Myu
— The Recount (@The Recount)1610730130.0

On Thursday, NBC News' Benjy Sarlin reported that some Democratic members of Congress "are expressing something once unthinkable: that some of their own colleagues may be endangering their lives — not in a rhetorical sense, but in a direct and immediate way."

One of the Democrats who has been speaking out about her concerns is Rep. Alexandria Ocasio-Cortez of New York City. Speaking via Instagram on Tuesday, the progressive congresswoman said that she feared for her life during the Capitol Building siege and was worried that some pro-QAnon extremists in Congress would tell the rioters where she was taking shelter.

"Here were QAnon and White supremacist sympathizers, and frankly, White supremacist members of Congress, in that extraction point who I have felt would disclose my location and would create opportunities to allow me to be hurt, kidnapped, etc.," Ocasio-Cortez explained.

Describing the Capitol insurrection, @AOC says she “didn’t even feel safe around other members of Congress”: “Ther… https://t.co/coEfo7G9We
— The Recount (@The Recount)1610511540.0

Rep. Don Beyer of Virginia is also worried about QAnon supporters serving in Congress. The QAnon conspiracy cult believes that an international ring of pedophiles, Satanists and cannibals have infiltrated the U.S. government with the blessing of Democrats, including billionaire George Soros — and Rep. Marjorie Taylor Greene of Georgia has a history as a QAnon supporter.

Beyer told NBC News, "It's the most poisonous I've ever seen. There's the overall sense that maybe if some of them have guns — and likely the ones who are more into conspiracy theories and QAnon with the pedophilic satanic rings — are we safe from them?"

Another House Democrat, Rep. Mikie Sherrill of New Jersey, has said that she saw members of Congress offering tours of the Capitol Building the day before it was sieged — and she alleges that it may have been part of a "reconnaissance" effort on behalf of the rioters.

Sherill explained, "I arrived in the Capitol the week of the 6th, and I was very concerned about the violent crowds — the violent extremist groups that were coming to the Capitol…. And I was really shocked when I got into the House office building and saw these groups inside….. Visitors aren't allowed in the Capitol Complex. Since March, since the start of COVID, that has been shut down. All tours are shut down…. So, to see these groups around the Capitol Complex was really striking…. It was so odd to see them."