Republicans created a MAGA monster -- and now they're paying the price: report 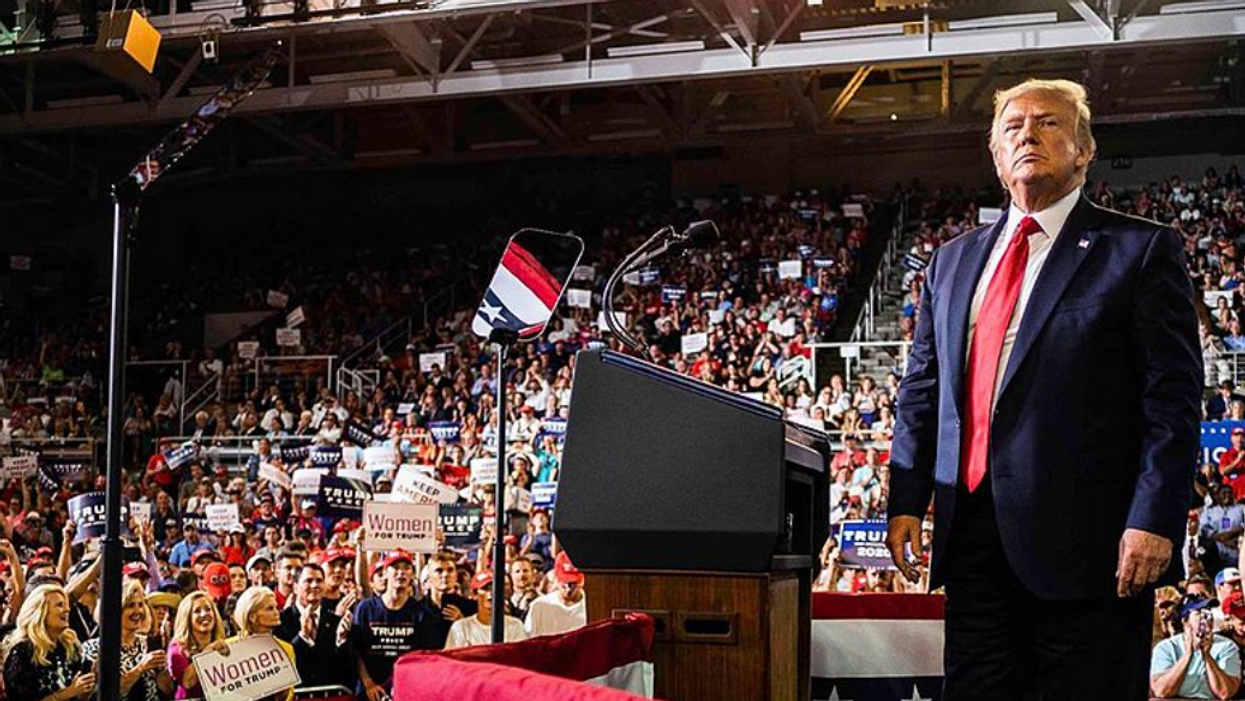 President Donald Trump's post-election legal battle has devolved into a new form of political contention that has resulted it intraparty fighting. Due to the unfavorable outcome of the presidential election, many of Trump's allies are now encouraging his supporters to forego voting in the upcoming Georgia runoff.

An editorial published by the New York Times outlines the long-term impact the Make America Great Again (MAGA) Revolution could have on the Republican Party. With Trump and his allies now attacking members of their own political party and voters following suit, the MAGA movement appears to have another dark attribute: self-sabotaging and devouring their own.

Since Trump's defeat, the MAGA revolution has begun devouring its own. As it does, some conservatives are discovering the downsides of having a president who spreads malicious conspiracy theories, subverts faith in democracy and turns the denial of reality into a loyalty test. As the internet meme goes, people voted for the Leopards Eating People's Faces Party, and now the leopards are turning on them.

It also explains the evolution of the MAGA movement and how it has transformed the entire Republican Party as the writer noted that most who opt to become entangled with Trump "often end up diminished or disgraced." It is no secret that the president has a habit of publicly lambasting those he feels personally attacked or offended by. Now, instead of just attacking people, his movement appears to have waged war on the political party, itself.

By turning the Republican Party into a cult of personality, Trump changed that. As the archconservative Jeff Sessions learned years ago, even a lifetime of ideological service is no defense when you've displeased Dear Leader.

The latest push back against the Republican Party comes as multiple state officials in Georgia, mostly Republicans, are facing backlash due to their refusal to swing the election in Trump's favor. Despite the recount confirming President-elect Joe Biden's win in Georgia, the president has viewed the outcome of the election as a form of betrayal from Georgia Republicans.

Trump's wrath has also influenced reactions from his base. In fact, some Georgia officials have revealed they have even received death threats for doing their jobs. In fact, the tension is so heightened, many are pushing back against the president. Gabriel Sterling, a Georgia election official and longtime Republican, recently fired back at Trump during a press conference this week.

Georgia Secretary of State Brad Raffensperger also defended the state's handling of the election as he expressed support for Sterling.

"It's about time that more people were out there speaking with truth," he said. His office had asked Trump to "try and quell the violent rhetoric being born out of his continuing claims of winning the states where he obviously lost," he said, to no avail. Trump's language, said Raffensperger, was creating a "growing threat environment for election workers who are simply doing their jobs."