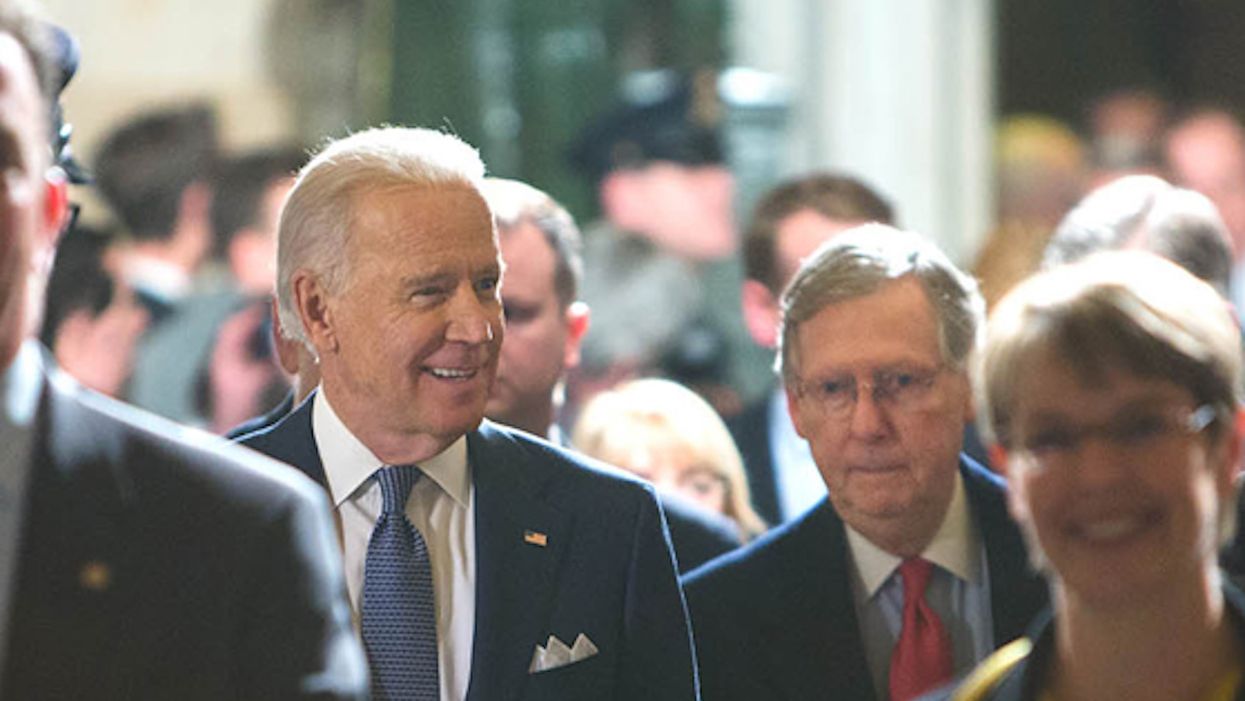 Vice President Joe Biden walks from the Senate side to the House Side, with Senators Harry Reid, Mitch McConnell, and Dick Durbin, before the State of the Union Address, at the U.S. Capitol in Washington, D.C., Jan. 28, 2014. (Official White House Photo by David Lienemann)
The new politics of the poor in Joe Biden’s and Mitch McConnell’s America
Meaghan Ellis
December 05, 2020

It's been nearly one whole month since the presidential election was called for President-elect Joe Biden but there is still an overwhelming number of congressional Republicans who still refuse to acknowledge the outcome of the election.

According to the Washington Post, approximately 222 Republican lawmakers in the House and Senate still refuse to acknowledge Biden's win. The staggering number of lawmakers accounts for "nearly 90%" of all congressional Republicans, based on a survey conducted by the publication starting on Wednesday, Dec. 2, after President Donald Trump's bizarre 46-minute rant falsely claiming he won the presidential election.

The survey comes as Trump continues to push baseless, dangerous claims about the outcome of the election. As his campaign legal team pushes for more legal challenges, their claims and court dockets appear more desperate as they are riddled with errors and lack of evidence to support widespread voter fraud. In fact, nearly all of the lawsuits have been dismissed in multiple states and most of the key swing states have already certified their vote.

"An obscure 1887 law called the Electoral Count Act, and several subsequent updates, spell out the process, setting Jan. 6 after a presidential election as the official certification date and outlining vague, complicated procedures."

Despite the obvious outcome, Rep. Matt Gaetz (R-Fla.) even claimed, "Nothing is off the table." However, Biden has already been declared the winner of the election with 360 electors. Trump has only received 232 electors and has no definitive path to 270.