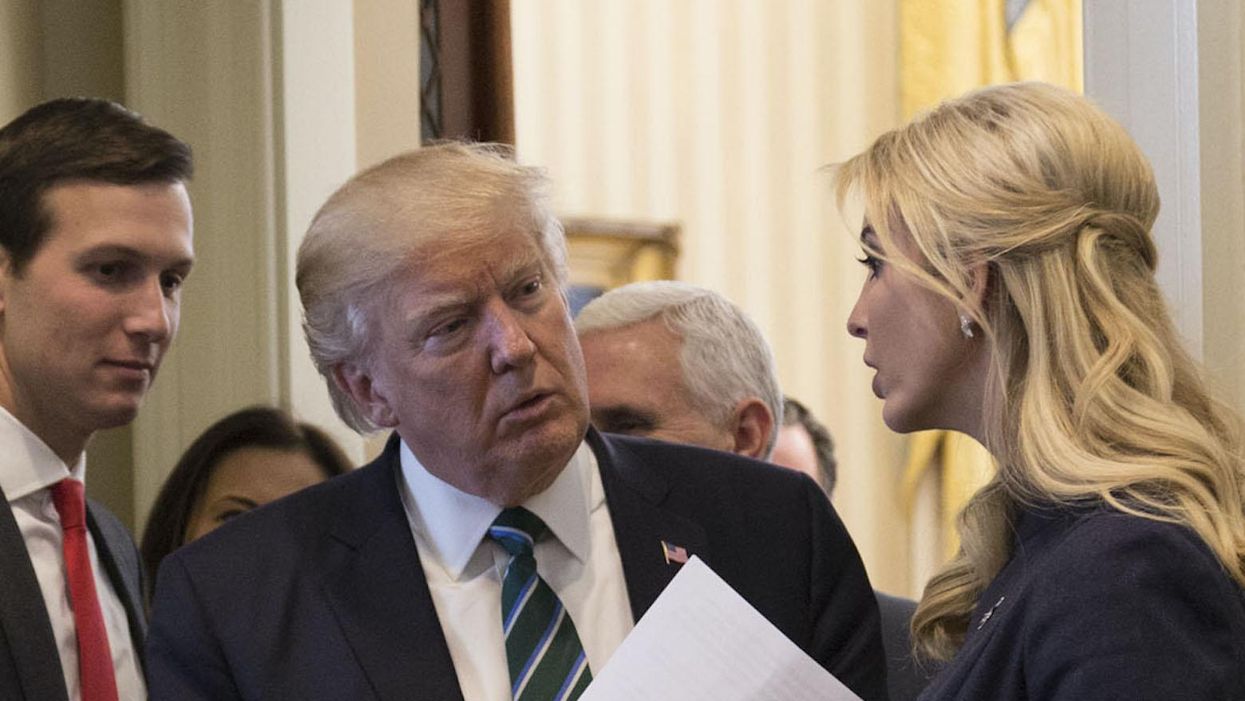 Donald Trump Jr., Eric Trump, Ivanka Trump, and Jared Kushner could all be the beneficiaries of a pre-emptive presidential pardon, a kind of "get out of jail free card" that would absolve them of any actions during the Trump presidency. Rudy Giuliani is reportedly also on the list of potential pardons.

"Mr. Trump has told others that he is concerned that a Biden Justice Department might seek retribution against the president by targeting the oldest three of his five children — Donald Trump Jr., Eric Trump and Ivanka Trump — as well as Ms. Trump's husband, Jared Kushner, a White House senior adviser," The New York Times reports.

President Donald Trump and Donald Trump, Jr. are the kings of "lock her up," insisting that former U.S. Secretary of State Hillary Clinton should be jailed despite having committed no crime.

But the Times also reminds that "Donald Trump Jr. had been under investigation by Robert S. Mueller III, the special counsel, for contacts that the younger Mr. Trump had had with Russians offering damaging information on Hillary Clinton during the 2016 campaign, but he was never charged. Mr. Kushner provided false information to federal authorities about his contacts with foreigners for his security clearance, but was given one anyway by the president."

The Times adds that "an investigation by the Manhattan district attorney into the Trump Organization has expanded to include tax write-offs on millions of dollars in consulting fees by the company, some of which appear to have gone to Ms. Trump."

It's not "retribution" when actual crimes have been committed. It's enforcing the law.