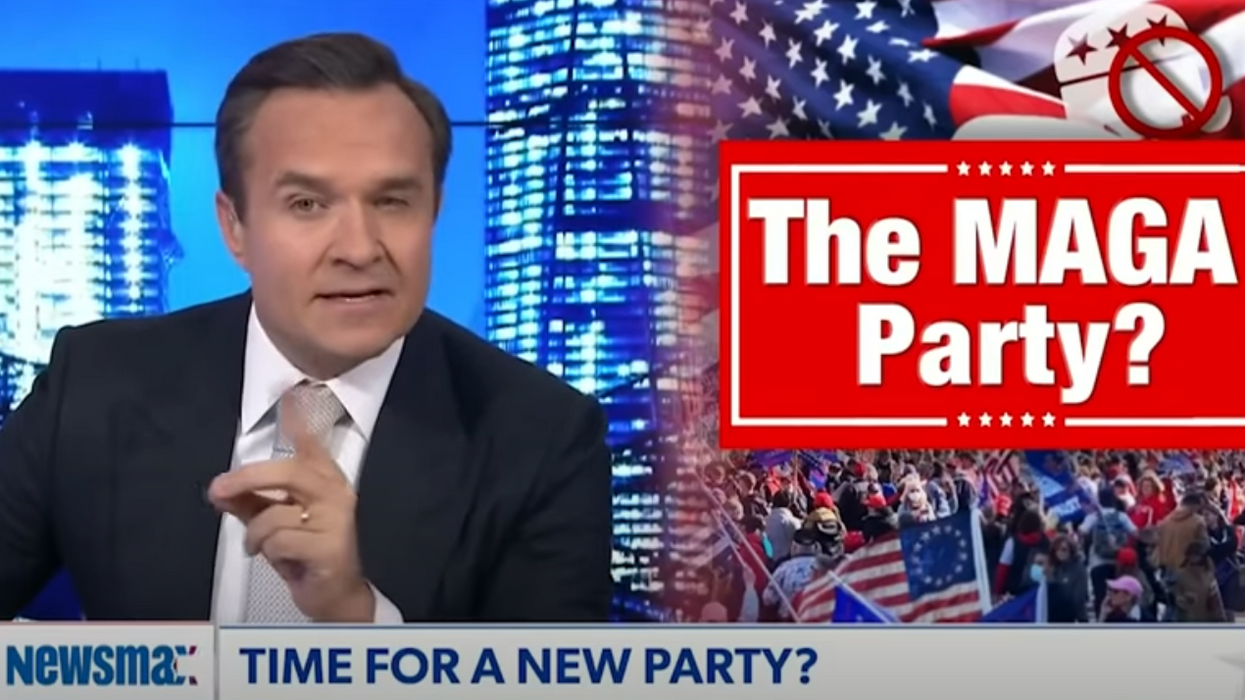 During his Wednesday evening segment of Greg Kelly Reports, he encouraged his viewers to distance from both the Democratic and Republican Parties as he claimed they are not "cutting it." Kelly went on to pitch idea of possibly forming a Make America Great Again (MAGA) political party.

"We need a new party," Kelly told his viewers. "Democrats aren't cutting it, and quite frankly, I don't think the Republicans are cutting it. At least a lot of them are just mailing it in."

According to Kelly, a so-called "MAGA Party" should be taken into "serious consideration." The "party," he said, would focus on the Constitution and place an emphasis on "canceling" the so-called "deep state."

He added, "The 'MAGA Party' — a party about ideas, the Constitution, opportunity, liberty," Kelly said. "Term limits, the Second Amendment, and canceling … the deep state and the federal bureaucracy."

While he conceded that there are "some good people" in politics, he believes it may be time for the American public to embrace other parties.

"There are some good people, but let's face it," Kelly added. "It is big and bloated, and all kinds of waste could be cut away. I think it's something that deserves serious, serious consideration in this country."

Since 2016, the Republican Party has become enmeshed with the MAGA movement. Although Trump's presidency will be coming to an end in January 2021, the president's spread of misinformation and his focus on circulating conspiracy theories while undermining the presidential election results signals the MAGA movement will haunt the Republican Party long after the embattled president is gone.

Based on the number of Americans who voted for Trump, the country will also be polarized for quite sometime.