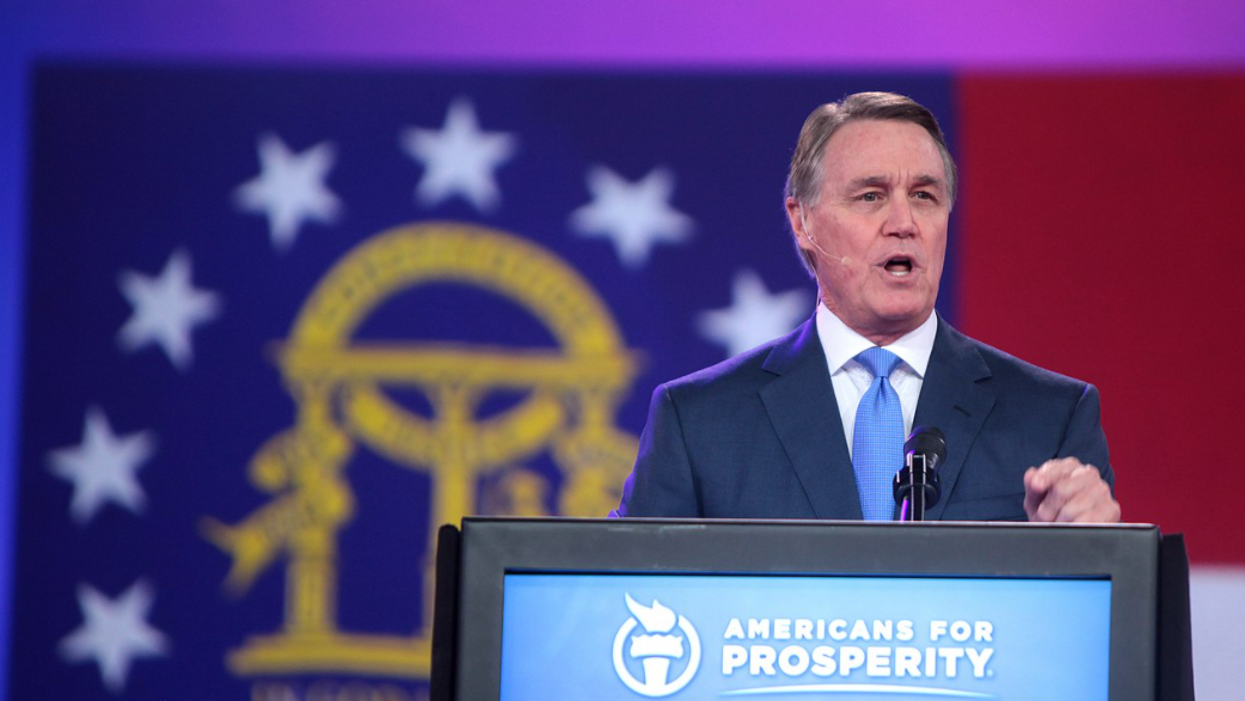 Sen. David Perdue (R-Ga.) privately petitioned U.S. Treasury Secretary Steve Mnuchin to give a large tax cut to wealthy sports franchise owners back in 2019, according to a report obtained by ProPublica.

Following the passing of President Donald Trump's 2017 tax bill, Mnuchin and the Treasury Department had to include rules and regulations for how the bill would work.

In 2019, the Georgia senator submitted a letter to Mnuchin on behalf of the owners of professional sports teams. The new regulations, based on more than one hundred pages of documentation, included one narrow regulation that Perdue expressed concern about in his letter: "The owners of professional sports teams were being excluded from a valuable tax break being granted to many other businesses that are structured so that the companies don't pay taxes but the owners do," Perdue said, according to

"I hope you will reconsider," Perdue wrote in the 2019 letter.

Most letters advocating for changes like this one are typically signed by multiple lawmakers. However, this particular letter was only signed by Perdue. It still remains unclear why Perdue became so enthralled with this one line within a larger piece of legislation. However, there is speculation that conflict of interest could be in the cards. According to MotherJones, a review of Perdue's campaign contributions revealed sizable donations of approximately "$425,000 from the owners of professional sports teams and their relatives."

Some of Perdue's top donors include the family of U.S. Secretary of Education Betsy DeVos, who happen to own the Orlando Magic; John Ingram, owner of the Nashville SC soccer team; Los Angeles Kings owner, Philip Anschutz; and Cleveland Browns, owner Jimmy Haslam, according to the report.

The report also detailed what occurred the day Perdue sent the letter.

On the same day Perdue sent Mnuchin the letter, he received $3,000 in donations from three lobbyists at GeorgiaLink Public Affairs Group, a lobbying firm that was representing the Atlanta Braves. Because of the Braves' ownership structure, it's unlikely the team would have been affected by the regulation, but around that time, MLB was lobbying on the rule, urging the Treasury to give its team owners the tax break.

In addition to those big names, Sen. Kelly Loeffler (R-Ga.), also co-owner of the WNBA's Atlanta Dream, was also included in that list. Loeffler and her husband, Jeffrey Sprecher, chief executive of Intercontinental Exchange, the parent company of the New York Stock Exchange (NYSE), have donated more than $38,000 to Perdue. However, it is still unclear whether or not Loeffler had discussed Perdue's petition with him before it was sent to Mnuchin.