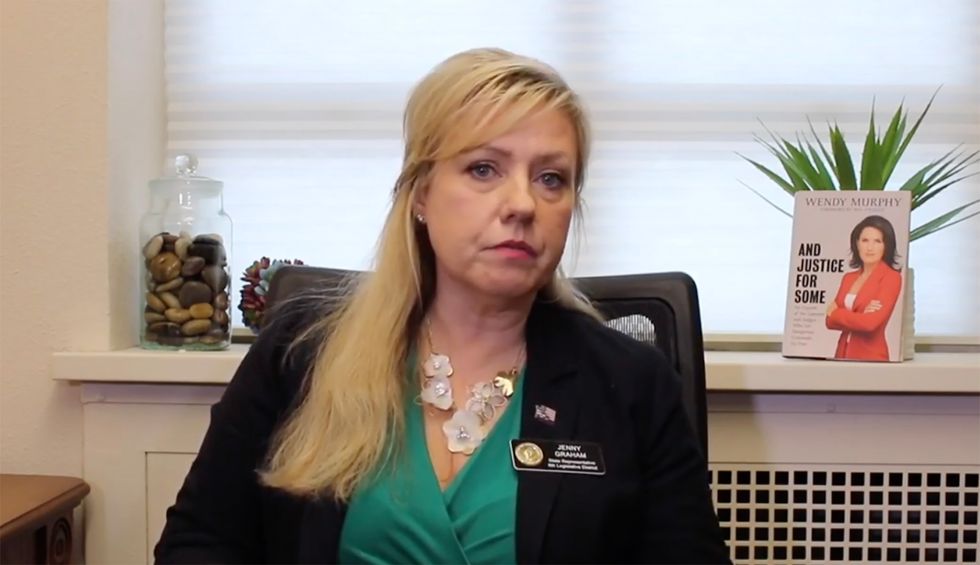 “State Rep. Jenny Graham (R-Spokane) called me on my cellphone the day the Inlander published my story about her unwittingly linking to conspiracy theory posts on Facebook. I called her back immediately — while she was still leaving a voicemail — and was greeted with two blasts of profanity,” Walters reported for the Spokane Inlander.

She also reportedly left him a voicemail message.

“Daniel, you lying piece of sh*t. You’ve done it. You have started it. Don’t you ever call me again. Do you understand? Don’t you ever — and you tell your buddies not to call me either. It’s on,” she said ominously. “If you think for one minute you’re going to pull this crap and you’re going to walk away from it, you’re nuts.”

Graham never reached out to the weekly newspaper with specific complaints, instead complaining about the coverage on Facebook.

“Across at least 15 separate Facebook posts and numerous Facebook comments, she publicly called me things like  ‘disgusting,’ ‘hateful‘ ‘sleazy‘ and a ‘lying piece of dung.’ She accused me of not caring about human suffering, of attacking human trafficking victims, and of ‘sacrificing real victims’ to push ‘delusions and lies.’ She wrote that she was looking for a lawyer to sue the Inlander. But even when asked directly by a former Spokane County GOP chair what was false about the article, Graham declined to point to any specific line in the story that was untrue,” Graham reported.

The story that resulted in Graham’s outburst can be found here.