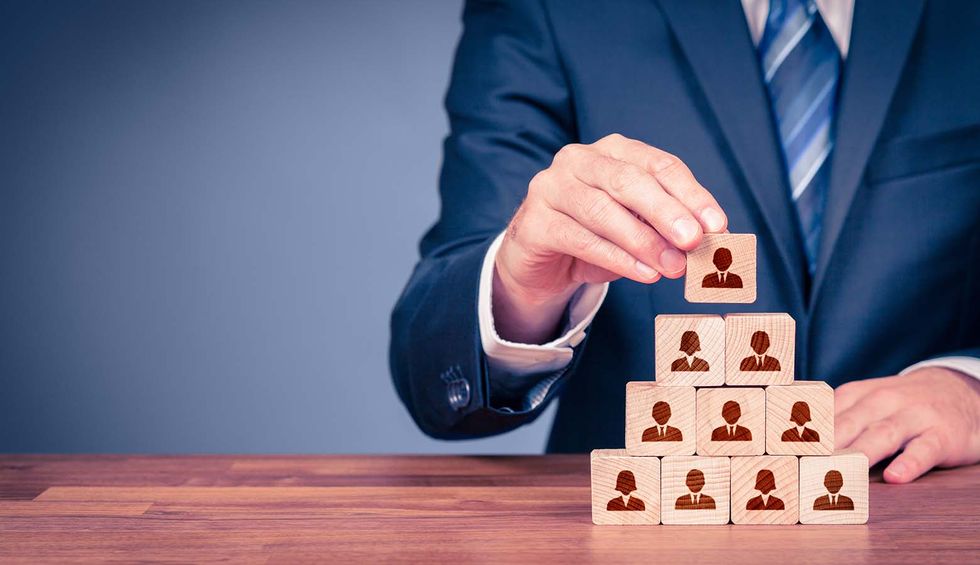 Image via Shutterstock.
The Conversation
December 17, 2019

There is a growing rumble of discontent against multi-level marketing (MLM) businesses. As well as a growing backlash from former MLM recruits, regulators are getting involved, too. Unfortunately, however, these businesses that have been likened to legal pyramid schemes are unlikely to disappear altogether.

Multi-level marketing is the model of selling products through a network of distributors. Distributors buy stock in the company’s product and then sell it on, keeping a cut of the profits. Money is not just made from selling, but also from recruiting new distributors – if someone signs up under you, you become their “upline” and receive commission from their earnings, too. If your recruits sign up anyone beneath them, you also take a cut of their profits, and so on.

The difference with illegal pyramid schemes is that there is a product. But critics say that many MLMs have a business model that focuses on recruiting “downline” and getting new distributors to buy the product, rather than on actual sales to consumers, making them akin to pyramid schemes.

A recent report in The Guardian newspaper revealed the “cultish grip” that some of these businesses have on many recruits. They offer people a life-changing financial opportunity, but many lose money – and their friends – when they sign up to MLMs. Only the few at the top of the pyramid profit.

The Guardian focused on beauty sales business, Younique. But you may have seen a number of brands on your social media feed, including Herbalife which sells weight-loss products, Arbonne which sells skincare and many others. In fact, these businesses increasingly rely on social media to grow, both selling their products and recruiting new distributors online.

Young mums, in particular, are inundated with requests to “support the businesses of their friends”. They are promised an easy way to make money from home, while balancing childcare. Another appeal of MLMs is the community they offer to distributors. Recruits are given coaching on how to make their side hustle a success and get support from others in the network.

This often results in vulnerable people being targeted by the allure of making easy money, fitting work around your own schedule and entering a supportive community. But some of these companies have an alarmingly cult-like mentality, encouraging distributors to cut negative influences and naysayers from their lives.

Bearing in mind that only 1% of people turn a profit, those naysayers may have good reason to sound the alarm. And the constant drive for sales can alienate friends and family who don’t want to get involved in the MLM.

The number of people that have been burned by their experience as an MLM distributor has led to the rise of an anti-MLM movement. The anti-MLM group on internet forum Reddit has almost half a million members. It states that: “Multi-level marketing (MLM) schemes are a drain on our society. Its participants either build the pyramid taller, or get squashed by it.” The Facebook group “Sounds like MLM but ok” has more than 100,000 members and a podcast to discuss MLMs and what it describes as “their poor business structure, obnoxious marketing practices, and all around awful nature”.

Clothing MLM Lularoe is a particular target for online activists and has been the subject of a recent Vice documentary. Lularoe had an initial buy-in cost of a minimum US$5,000 – an enormous sum in the MLM industry. A litany of subsequent scandals has culminated in the Washington state attorney in the US filing a lawsuit against the company alleging it is a pyramid scheme – something Lularoe says is completely without merit.

Activists have many major MLMs firmly in their sights. The Netflix documentary Betting on Zero, for example, features the fight against Herbalife by LatinX community activists in the US. The Pink Truth assists “women in freeing themselves from abusive pyramid schemes and predatory multi-level marketing companies like Mary Kay [cosmetics]”. Activists often feel they have been personally victimised by the industry, either as former distributors or as targets of them.

With this renewed media attention and a burgeoning grassroots movement against MLMs, it is interesting to see that AdvoCare, a diet and nutritional supplement brand headquartered in Texas, decided last month to abandon its MLM model. The company stated that the Federal Trade Commission took issue with “how AdvoCare compensates its distributors”.

The FTC talks that led to this decision were confidential so it’s hard to know exactly why AdvoCare decided to terminate its 100,000 distributors. But its MLM model had experienced difficulties in the past few years with an ESPN investigation into its practices, a class action lawsuit by former salespeople claiming it was a pyramid scheme, and an Olympic swimmer alleging that their products were responsible for her testing positive for a banned substance.

Despite all of this, it is unlikely that we will see an end to MLMs any time soon. While specific MLM companies have risen and fallen, the model itself – which promises easy money and an alluring community – has withstood a number of court challenges over the years. But hopefully the anti-MLM movement will bring about change through consumer education and pressure, as well as supporting the many people who fail to reap the rewards that these businesses promise.

We asked for comment from the MLM companies referred to. Only Lularoe responded. They insisted they offered participants an opportunity for “responsible entrepreneurism” and “a journey towards new freedom in their life”, suggesting failures just hadn’t put in the “required effort”.