Secret IRS memo implies the administration must turn over Trump's taxes — unless one condition is met: report 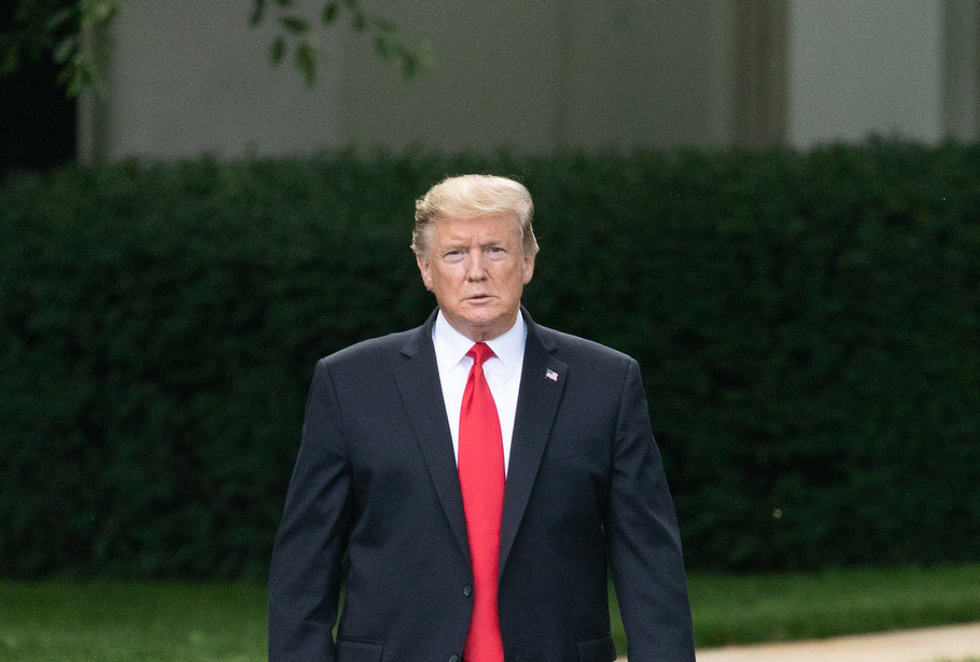 Secretary Steve Mnuchin must comply with the House Ways and Means Committee's request to turn over President Donald Trump's tax returns, according to a secret draft IRS memo obtained by the Washington Post, unless executive privilege is invoked.

The reported memo demolished Mnuchin and the administration's arguments for denying the House's request, which was made formally by Committee Chair Richard Neal.

The 10-page document says the law “does not allow the Secretary to exercise discretion in disclosing the information provided the statutory conditions are met” and directly rejects the reason that Mnuchin has cited for witholding the information.

“[T]he Secretary’s obligation to disclose return and return information would not be affected by the failure of a tax writing committee ... to state a reason for the request,” it says. It adds that the “only basis the agency’s refusal to comply with a committee’s subpoena would be the invocation of the doctrine of executive privilege.”

The memo is the first sign of potential dissent within the administration over its approach to the tax returns issue. The IRS said the memo, titled “Congressional Access to Returns and Return Information,” was a draft document authored by a lawyer in the Office of Chief Counsel and did not represent the agency’s “official position.” The memo is stamped “DRAFT,” it is not signed, and it doesn’t reference Trump.

However, this is exactly what Mnuchin is trying to do. He has said that because Congress does not have a legitimate reason to have Trump's taxes, he cannot turn over the documents to Neal. He has even consulted with the Justice Department, which he said supported his declination, but no formal opinion has been issued from the DOJ defending the administration's position. And there's no reason Mnuchin needed to consult the DOJ at all — the Treasury Department has its own legal counsel that can assess the legality of its actions, as the memo obtained by the Post makes clear.

A plain reading of the law in question is on the side of the confidential IRS memo and not Mnuchin's stated position. The law is clear that if the Neal requests any individual's tax returns from the IRS, the secretary "shall" hand them over — unambiguously and with no caveats. There's no wiggle room for Mnuchin to assess the merits of Congress's requests — and even if there were, it is obviously within the legislature's oversight functions to review the president's financial records (which, as it happens, all previous presidents since Richard Nixon have voluntarily released).

Even the confidential memo seems to give too much credence to Trump's position, though. It seems unlikely that the courts would agree that executive privilege could effectively conceal the president's tax returns — or anyone else's, for that matter. The memo acknowledged the weakness of this argument, as the Post noted:

Executive privilege is generally defined as the president’s ability to deny requests for information about internal administration talks and deliberations.

“One potential basis” for refusing the returns, the memo states, would be if the administration invoked the doctrine of executive privilege.