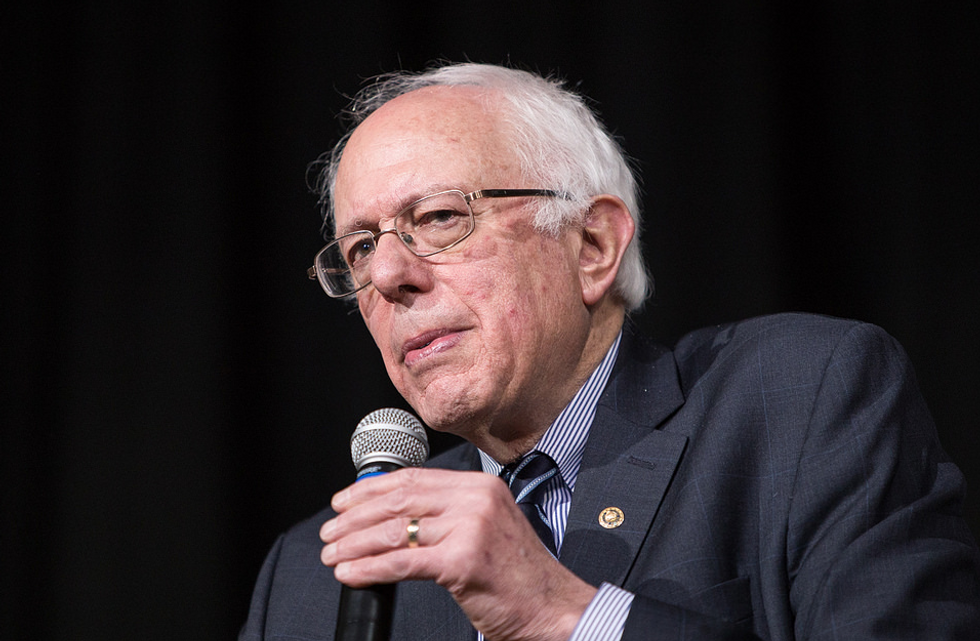 Is it a "bombshell"?

Is it the beginning of a cynical smear campaign by powerful forces opposed to a likely presidential run by Bernie Sanders?

Is it a genuine and necessary effort by former staffers to transform the culture of political campaigns in the United States that have long been plagued by gross power dynamics—including misogyny, sexual harassment, and abuse—by creating a "gold standard" policy to combat harassment, professional misconduct, and unwanted behavior?

These are some of the key questions after a "private" letter by former staffers on Sanders' 2016 presidential campaign was leaked to Politico on Sunday – a letter in which the signers requested a meeting with the senator and members of his senior campaign staff regarding what they describe as the "untenable and dangerous dynamic" that developed within the campaign during that period.

According to Politico—which obtained and published the letter, but did not identify those who signed it—the effort was orchestrated by a range of former Sanders campaign staff, from field organizers to leadership personnel, and that he letter was sent before the senator "officially launched a 2020 presidential bid in the hopes that it would lead to real action if and when the senator begins assembling his team."

The hope of those who signed it, the letter states, is a meeting between former and existing staff that will acknowledge true understanding of problems that may have existed during the 2016 race and create policies and procedures moving forward that will create the "gold standard" for political campaigns in the future.

The principle campaign committee for Sen. Bernie Sanders (I-Vt.) responded to the letter by thanking its signers for "their willingness to engage" in the "incredibly important discussion" regarding sexual violence and harassment. Neither statement referred to any specific incidents of misconduct, though the letter from former staff members does refer to a "predatory culture" they believe existed.

Read the statement by Friends of Bernie Sanders, his principle campaign committee, in full:

We thank the signers of the letter for their willingness to engage in this incredibly important discussion. We always welcome hearing the experiences and views of our former staff. We also value their right to come to us in a private way so their confidences and privacy are respected. And we will honor this principle with respect to this private letter.

Speaking generally, during 2016 there were a number of HR actions taken, and while it is not appropriate to discuss them individually, they ranged from employee counseling to immediate termination from the campaign. We share in the urgency for all of us to do better. During the 2018 Senate campaign, we developed and implemented more robust policies and processes regarding discrimination and harassment in conjunction with an expert outside firm that included features such as a third party toll free hotline for reporting incidents outside the structure of the campaign and requiring all staff and volunteers to undergo training as part of the on boarding process.

Harassment of any kind is intolerable. Hearing the experiences and thoughts of individuals who worked on Bernie's 2016 campaign is a vital part of our commitment to work within our progressive community to improve the lives of all people. And that's why we will continue to examine these policies and processes, with feedback welcome, and will make any necessary changes, as we continue our work to build a world based on social, racial and economic justice.

While the letter, according to Politico, was intended by those who signed it to remain private,one of the signatories who declined to be named said, "This letter is just a start. We are addressing what happened on the Bernie campaign but as people that work in this space we see that all campaigns are extremely dangerous to women and marginalized people and we are attempting to fix that."

As the news outlet notes:

The letter is just the latest instance of potential Democratic presidential candidates and lawmakers of both parties confronting a culture of zero tolerance for sexual harassment and allegations of sexual assault.

Several members of Congress, Democrats and Republicans alike, resigned or announced their retirement in 2017 and 2018 in the wake of allegations about their own behavior or conduct of their top aides. Earlier this month, both chambers of Congress passed legislation to combat harassment that required members of Congress to pay for settlements instead of relying on taxpayer dollars.

Democratic professionals and progressive grass-roots organizers, in particular, are pushing the party and its leaders to be more vigilant about misbehavior, especially given the rise of the Women’s March and #MeToo movements.

"Good for the Sanders alums," said political activist and filmmaker Christine Pelosi, in a tweet responding to the letter. "[The We Said Enough campaign] launched the #metoo politics movement because these vital conversations must be had. EVERY campaign and public office should have strong codes of conduct, trauma-informed services, and paths to justice."

When we launched @wesaidenough one of our hopes was that every candidate & elected would tackle this issue to ensur… https://t.co/DqVGIHd2Ca
— Samantha Corbin (@Samantha Corbin) 1546234056.0