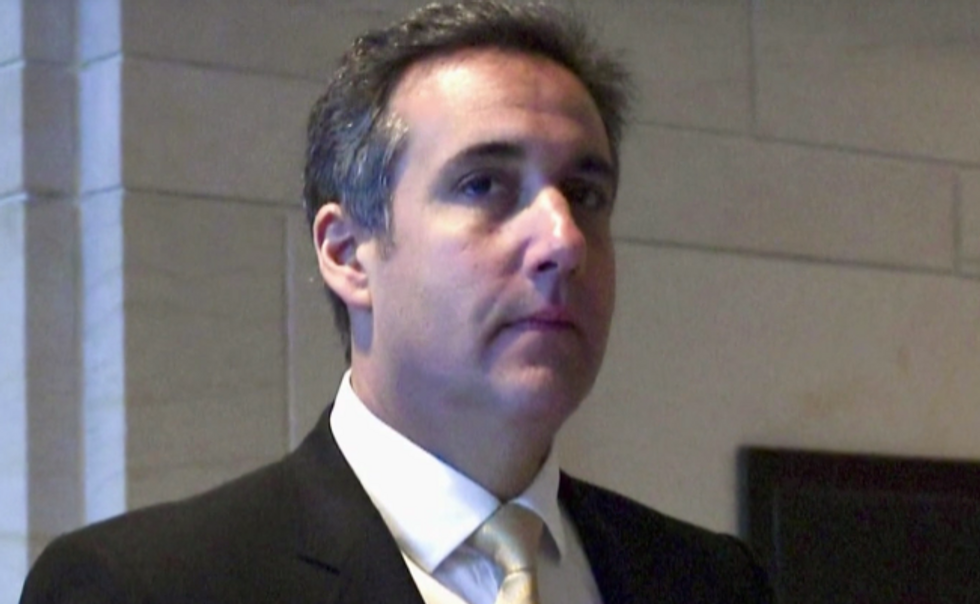 Michael Cohen’s admission today in federal court that he committed felonies at the direction of Donald Trump exposes the president to criminal prosecution in New York State, an angle the mainstream news organizations have all missed.

(This article originally appeared at DCReport.)

State prosecution is a critical concern because Trump has the constitutional authority to pardon Cohen, or commute his sentence, for federal crimes. Trump claims he can pardon himself and continue in office.

Trump has claimed the power to fire Robert Mueller, the special prosecutor, or hobble his inquiry, and authority to take over the investigation and even run it himself.

But Trump has no power to stop any state-level criminal investigation or pardon anyone convicted of state crimes.

Justice Department guidelines prohibit indicting a sitting president, though he could be prosecuted after leaving office. No such restriction applies to New York and other state prosecutors, however, who are limited only by their willingness to act in the public interest.

Cohen testified that he acted “in coordination and at the direction of a candidate for federal office.”

This is a stunning statement of criminality involving the president.

“Donald Trump was a co-conspirator or an aider and abettor of this crime,” Jeffrey Tobin, the former federal prosecutor and New Yorker legal writer said on CNN.

In April, aboard Air Force One, Trump told reporters he knew nothing about the Stormy Daniels hush money.

The Russia investigation goes to the same federal election law issues – things of value to a campaign that are not reported. The Russian government offered Trump’s son Donald Jr. dirt on Hillary Clinton.

Congressional Republicans have adopted a strategy of protecting Trump from the oversight of presidential actions, ignoring their duty under our Constitution. But Cohen’s confession opens the door wide for state investigations of Trump, the Trump Organization, the three older Trump children who are or were officers of the Trump Organization, other company officials and Cohen.

Cyrus A. Vance Jr., the Manhattan district attorney, and Barbara Underwood, the state attorney general, are Democrats who have so far been as reluctant as Republicans to investigate. While the Congressional Republicans have political motives, Vance and Underwood have taken oaths to that require them to treat all equally before the law and neither to make political decisions nor cower before a high office holder.

Contacted by DCReport, spokespeople for both Vance and Underwood declined to comment on whether there is or would be any investigation.

There are many ways that Vance could legitimately open a criminal investigation. Underwood would have to start by seeking a criminal referral from Gov. Andrew Cuomo or the State Department of Taxation and Finance because she has only civil authority without such a referral.

It provides that “when one person engaged in conduct which constitutes an offense,” as Cohen admitted that he did, “another person is criminally liable for such conduct” if he “solicits, requests, commands, importunes or intentionally aids such a person to engage in such conduct.”

New York State law extends this criminal culpability to corporations and to their “high agents.” The Trump Organization, which Cohen billed to reimburse him for one of the payoffs in a scheme to hide the high money, is a corporation.

Article 20.20 provides that when “a high managerial agent acting within the scope of his employment and on behalf of a corporation” solicits criminal conduct the corporation becomes liable. And Article 20.25 says that this corporate agent is personally liable “to the same extent as if such conduct were performed in his own name or behalf.”

Another state law, Article 175, makes it a crime to falsify business records. Cohen confessed to a sham invoicing scheme to get back from Trump the hush money paid to Stormy Daniels, through false invoices for nonexistent legal services.

Trump is known to destroy documents to eliminate evidence of his conduct. That he has done so in the Oval Office has prompted federal officials to assign people to piece the documents back together because under federal law they must be preserved.

Depending on how Trump treated these expenditures any payments to Cohen may constitute felony tax crimes under state law.

Cohen’s confession to tax crimes and to the hush money payments could, with additional investigation, provide a powerful wedge to investigate the Trump Organization, Trump and Cohen under New York State racketeering law. While commonly thought of as a law to get at Mafia families, Article 460 refers only to “criminal enterprises” and includes false statements, fraud and other crimes public records suggest Trump and the Trump Organization may have committed.

At a bare minimum, Cohen’s allocution to his crimes provides Vance and Underwood with a solid reason to open criminal investigations. The question for Empire State voters is whether they will demand that these officials do their duty.