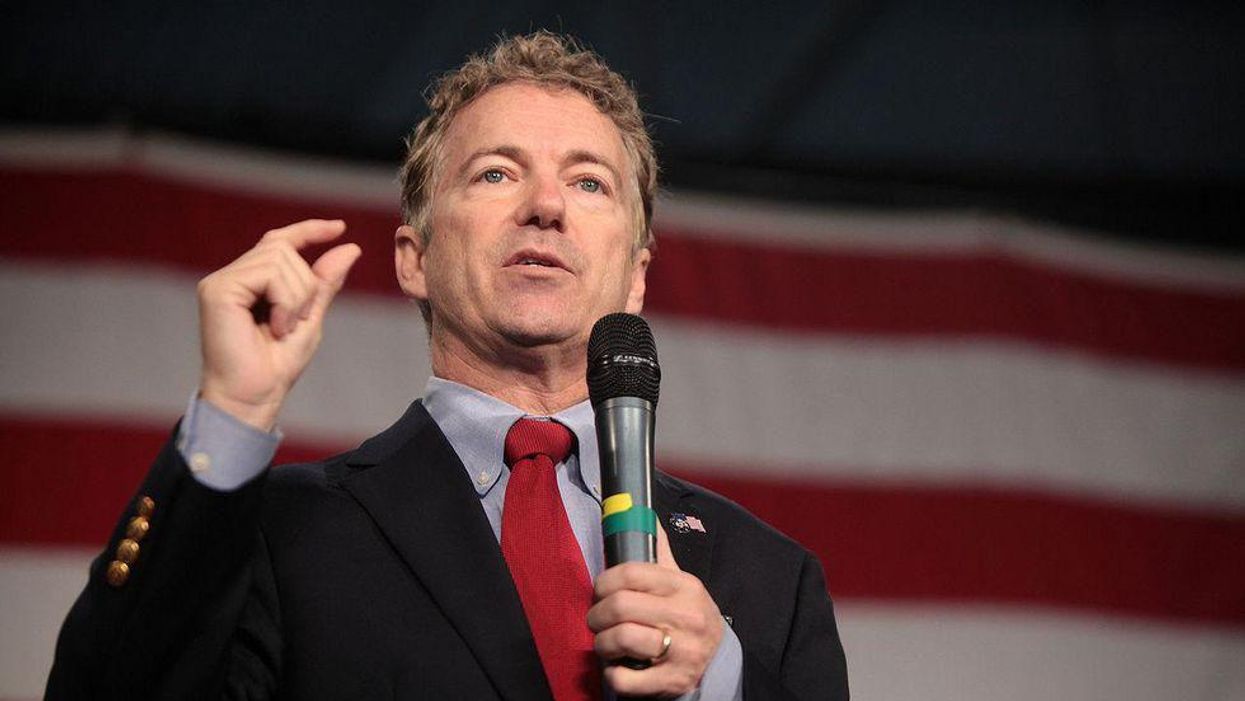 Sen. Rand Paul (R-Ky.) found himself at the center of a Twitter storm almost immediately after tweeting a seemingly odd photo of himself at a gun shop.

While he attempted to throw a subliminal jab at President Joe Biden, Twitter users began throwing not-so-subliminal jabs at him. On Thursday, September 9, the Republican lawmaker took to Twitter with the photo of himself and a caption that read: "Just looking at all the guns @joebiden is going to try to ban…"

It didn't take long for opposing Twitter users to fire back. One in particular was Parkland, Fla., mass shooting survivor David Hogg.

Hitting back at Paul, he tweeted, "God forbid someone like the 19 year old who shot 34 of my classmates and administrators killing 17 not be able to get an AR-15."

@RandPaul @JoeBiden God forbid someone like the 19 year old who shot 34 of my classmates and administrators killing… https://t.co/OiWNFg3Jox
— David Hogg (@David Hogg) 1631196145.0

Other users also joined in:

Do these idiots ever get tired of lying about culture war bullshit? Moderate gun regulations that will still leave… https://t.co/84hvUsFQ5e
— Secular Talk🎙 (@Secular Talk🎙) 1631133439.0

For years now, Republicans have expressed concern about Democrats taking guns away but the truth is, it has typically been the other way around with Republican administration's being responsible for stipulations on firearms. In fact, former President Donald Trump's administration imposed the ban on bump stocks back in 2018.

At the time, the Republican-led administration released information about the newly-implemented regulation.