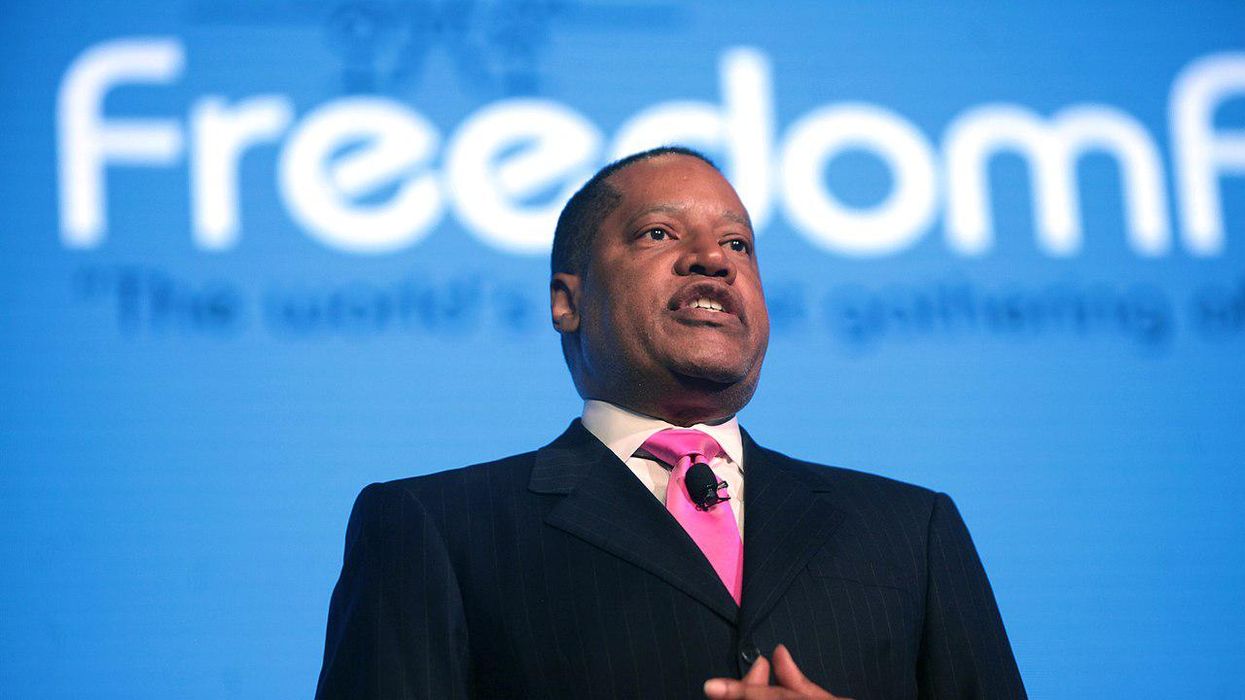 Gov. Gavin Newsom has not only survived the California recall election — he survived by a landslide. With roughly 70% of the votes counted, CNN reported that California voters had decided, by about 28%, not to recall Newsom. Some Never Trump conservatives are blaming Republican frontrunner and far-right talk radio host Larry Elder for the election results, arguing that a more moderate Republican might have been able to unseat Newsom. And two conservatives who view the election results as a major rebuke of Trumpism by California voters are Washington Post columnist Bill Whalen and The Bulwark's Charlie Sykes.

Not every Republican in California's recall election was a far-right extremist like Elder, who campaigned against mask mandates and promoted former President Donald Trump's false claims that widespread voter fraud is occurring in the United States. Former San Diego Mayor Kevin Faulconer, in contrast to Elder, ran a very non-MAGA campaign even though he did vote for Trump in 2020.

Whalen, in a September 15 column, observes, "Former San Diego Mayor Kevin Faulconer was once considered Republicans' best hope at winning statewide, given his moderate positions — he supports abortion rights, same-sex marriage and a path to citizenship — but he was unable to gain traction even in this underwhelming field. A distant third among Republican contenders was business executive John Cox, who had resorted to stunt-campaigning with a 1000-pound Kodiak bear. What comes next for the scraping-rock-bottom California Republican Party? Simple: Adapt or die. And maybe hop a plane to Boston to see how Republican candidates can win despite a deep-blue landscape."

"The California GOP solution seems obvious: Run more nuanced candidates such as Faulconer," Whalen explains. "But Faulconer would have faced a major impediment had he, and not Elder, led the recall's replacement field: Donald Trump. Faulconer voted for Trump in 2016, then attempted to distance himself from the Trump brand as he set his sights on statewide office — an act of disloyalty, according to Donald Trump, Jr. Had Faulconer been a threat, Newsom would have done as he did to Elder: place Faulconer in ads alongside the former president, who is box-office poison in the Golden State."

Whalen continues, "Herein lies the California GOP's quandary: Try as the state party might to cultivate centrists willing to break with the right on climate change and reproductive rights, it's still at the mercy of a national party that doesn't connect to mainstream Californians. Again, look to Massachusetts: GOP Gov. Charlie Baker, now in his second term, has publicly distanced himself from Trump and is decidedly non-Trumpy regarding vaccine mandates. That has drawn the ire of national Republicans, who are reportedly maneuvering to try to deny him a third term, but apparently it has only buttressed his popularity among Massachusetts voters."

In his September 15 column for The Bulwark, Sykes stresses that California's recall election "wasn't even remotely close" and the California GOP suffered a "28-point shellacking" thanks to "Trumpism."

"The abyss, of course, was Trumpism," Sykes writes. "This seems a point worth pondering, as the GOP contemplates lashing itself even more tightly to the Orange Man-Child of Mar-a-Lago. The California fiasco will probably not be enough to prompt the sort of introspection that Republicans so desperately need. But as 2024 looms, it provides one more reason for Republicans to ask themselves: Do they really want to do this again?"

California Republicans, Sykes argues, "put Donald Trump on the ballot" in the form of Larry Elder — and they lost badly.

The Never Trump journalist writes, "The California results were a repudiation of anti-mask, anti-vax politics — a clear sign that Republican opposition to precautions against the pandemic is a colossal miscalculation."