GOP strategists fear the leading Republican in the California recall is blowing it: report 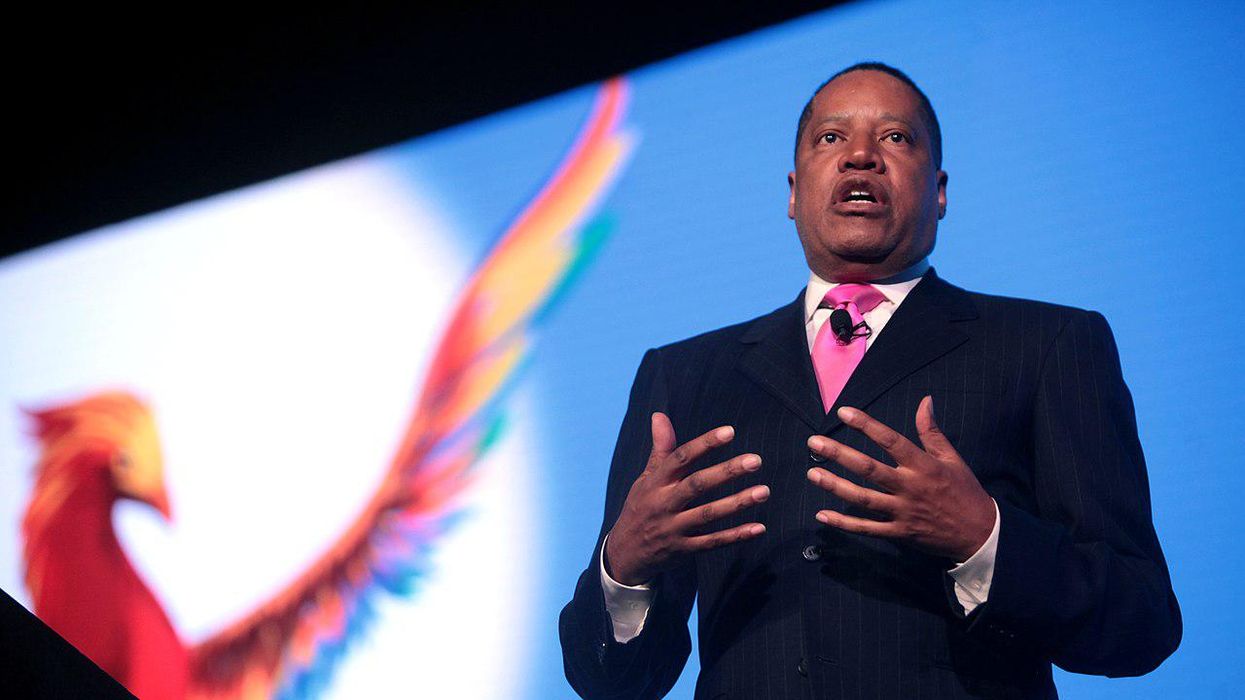 The last time a Democratic governor faced a recall election in California, the Republican candidate prevailed. In October 2003, Californians voted to replace Democratic Gov. Gray Davis with Republican Arnold Schwarzenegger. But 18 years later, Gov. Gavin Newsom's main GOP challenger is someone much more controversial and divisive than the moderate Schwarzenegger: far-right radio host Larry Elder — and California Republicans, according to the conservative Washington Examiner, now fear that they may have blown a chance to unseat Newsom.

Rob Stutzman, a Sacramento-based Republican strategist who advised Schwarzenegger in 2003, told the Examiner, "Newsom has successfully framed the race as him versus Elder, and Democratic voters are responding by voting. Elder has no appeal outside of GOP voters."

The 69-year-old Elder is much different from Schwarzenegger, who leans conservative but isn't far-right. Schwarzenegger has been vehemently critical of former President Donald Trump, whereas Elder is an in-your-face Trump apologist in a state that Trump lost to now-President Joe Biden by 29% in the 2020 presidential election. Schwarzenegger, in contrast, had a lot more crossover appeal; many Democrats voted for him in 2003, and he was reelected in 2006. The Austria-born action film star turned politician is a textbook example of how a Republican can win a gubernatorial race in a deep blue state — not unlike Gov. Charlie Baker in Massachusetts or Gov. Phil Scott in Vermont.

Elder courts controversy. In July, Elder offended many people when, in July, he told right-wing pundit Candace Owens that arguably, former slaveowners were owed reparations after the Civil War because the federal government took their "property" away from them. But while "owning the liberals" and making outrageous comments can draw ratings in right-wing talk radio or on Fox News, it isn't a good strategy in a state as Democratic as California.

Regardless, Democratic organizers and strategists are leaving nothing to chance. Biden, Vice President Kamala Harris and Sen. Elizabeth Warren are among the major Democrats who have either visited California to campaign for Newsom or plan to do so.

The Examiner's David M. Drucker explains, "Earlier this summer, Democratic strategists who lived through the 2003 recall worried Newsom could be toppled despite California becoming a deeper shade of blue since then. Some believe this recall might have ended similarly if a centrist, such as former San Diego Mayor Kevin Faulconer, emerged as the consensus GOP contender. Elder's swift rise after entering the race late compared to the rest of the Republican field has them breathing a huge sigh of relief."

Conservative pundit Tim Miller, a Never Trumper and ex-Republican who supported Biden in 2020, views Elder as an extremist and believes that Republicans would have been much better off if Faulconer, not Elder, were the GOP frontrunner in the recall election. In a video posted on the conservative website The Bulwark earlier this week, Miller said of Faulconer, "He's a moderate Republican former mayor of San Diego. He wants to address climate change and supports citizenship for undocumented immigrants. Sounds like my kinda guy. But of course, he also voted for (Donald) Trump." And Miller slammed Elder as "basically a walking Boomer Facebook meme" who has "made countless crazy statements."

Tim Miller on WTF Is Going On With The California Recall youtu.be

California Republicans, according to Drucker, "claim Elder squandered opportunities to hobble Newsom when he was on the ropes." A California-based GOP consultant, presumably interviewed on condition of anonymity, believes that if Newsom survives the recall, Elder will be to blame.

That Republican told the Examiner, "Before Elder, the race was all about Gavin, and our polls were looking very good. If the election had been four or more weeks ago, we would have won."