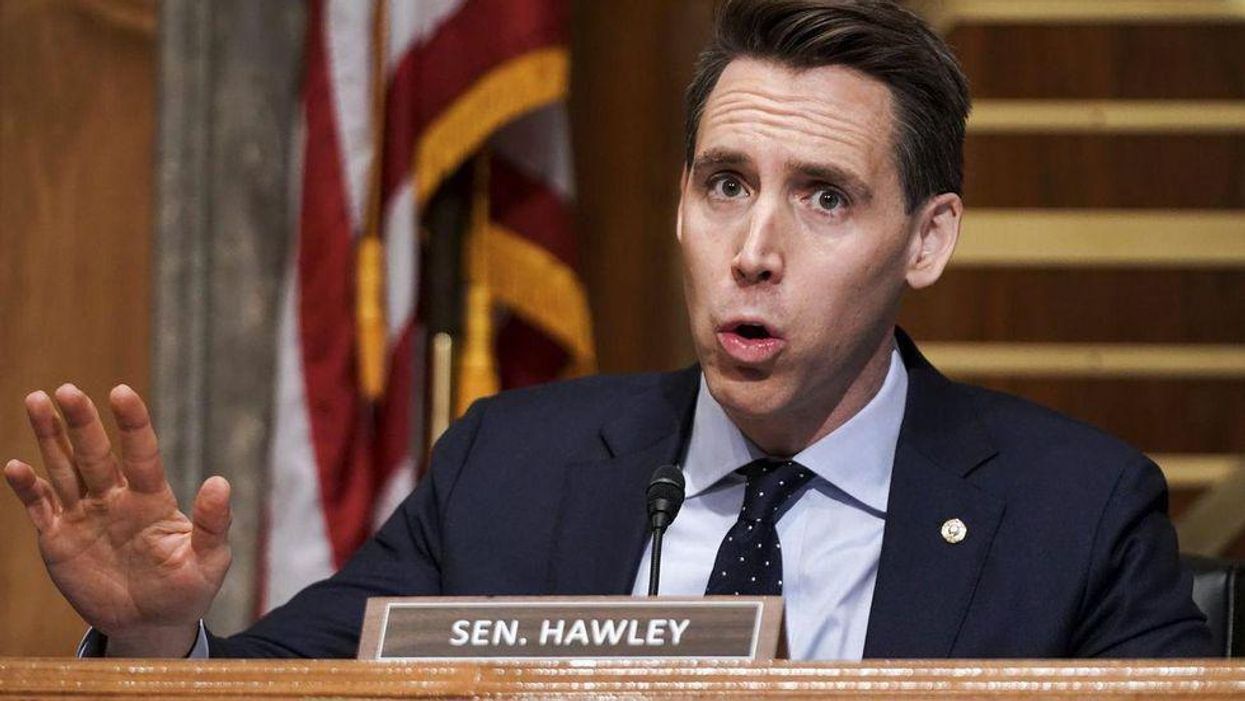 Two specific poll questions are worth calling out. The first is that about six in ten self-identified Republicans claim to believe that "supporting Donald Trump" is either a "very" or "somewhat" important part of "what being a Republican means to you." This is a bit weird, because Donald Trump is ... not in office. He has no current position. He is retired, bumbling around at Mar-a-Lago regaling wedding guests with stories of how the world has wronged him, interspersing rounds of Florida golf with promotional appearances at cult meet-ups and pay-per-view boxing matches. Donald Trump does not currently need any "support," but the question has a nearly identical response breakdown to a much more interesting poll question that this question probably acts as one-to-one proxy for.

That question? Whether "believing that Donald Trump won the 2020 election" is a "very" or "somewhat" important part of Republicanism. Those responses are near-identical, with 6 in 10 Republicans agreeing that it is.

The notion that Donald Trump "won" the 2020 election is a hoax. It's specifically a fascist-promoted hoax intended to discredit democratic elections themselves, because a good chunk of the party (six in ten, apparently) would rather burn democracy itself down than tolerate a world in which a self-promotional tax-dodging rapist incompetent gets booted after only one term in office. There is not even a scratch of evidence to support that Trump "won" an election in which he was quite soundly defeated. Not a single shred of evidence was found to back the Trump camp's propagandistic claims of "voter fraud." There is no state electoral count that could even be plausibly contested. There's nothing. The notion that Trump "won" is entirely the fabrication of a set of Trump allies who crafted it either to coddle the bruised ego of a delusional decompensating narcissist, as means for overthrowing the United States government, or both.

It is fascist propaganda. It is the equivalent of proclaiming that vaccinations turn you magnetic or that a political opponent is in fact a lizard person. It's not just false, but a toxic attempt to do harm for the sake of doing harm.

That 6 in 10 Republican voters would tell a pollster that maintaining belief in an anti-democratic hoax is evidence of fascist crackpottery now wedged firmly into the heart of Republicanism in general. These people don't believe a hoax out of nowhere. They believe it because dozens of traitorous Republican officials attached themselves to the claims, promoted the claims, and declared that any Republican officials who did not support the hoax should be drummed out of the party.

It's working. Those Republican fascists are getting what they want; a manufactured hoax based on nothing but party propaganda has now got a majority of the party's voters believing that there was a secret plot against them so nefarious that it makes the last of America's presidential elections illegitimate. To lawmakers perhaps the hoax was mostly as a useful excuse for passing yet another round of Jim Crow-themed laws making it harder for citizens to cast their votes, but a majority of those that support them appear to genuinely believe that the last election was invalid based on no evidence other than a clownish Dear Leader and his fascist allies saying so.