'What planet' is Kayleigh on? McEnany's latest mind-boggling claim has critics offering a history lesson 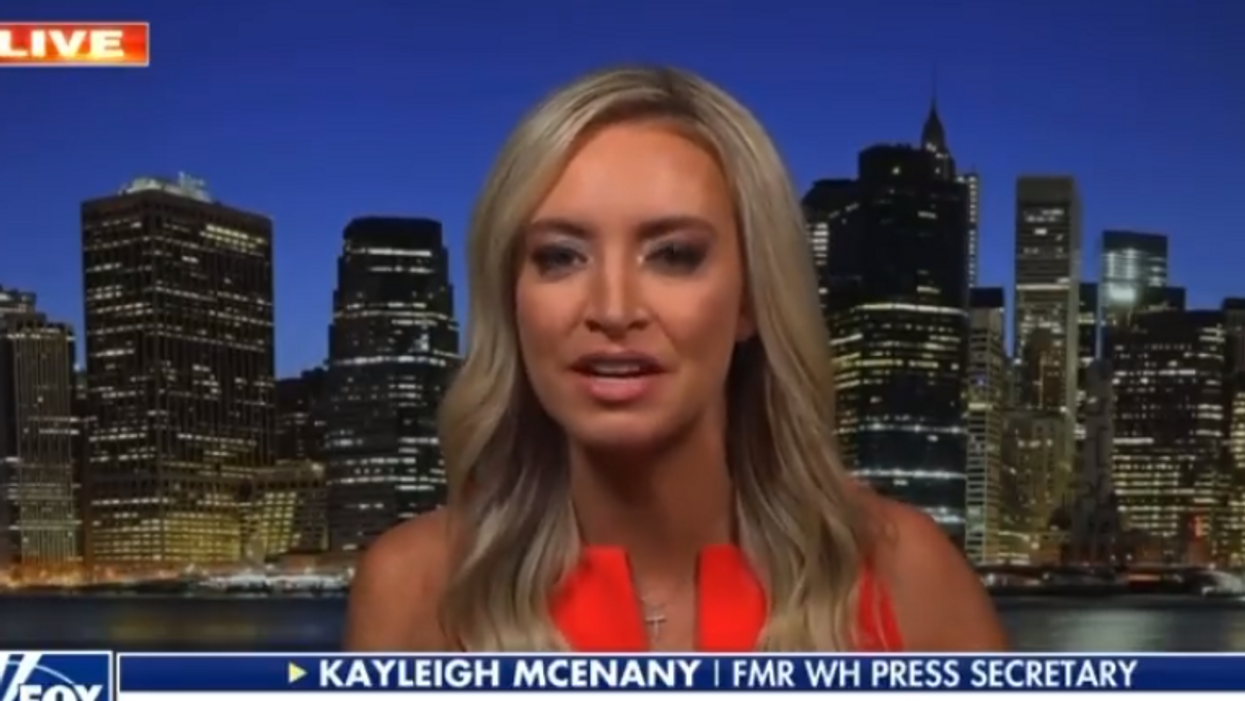 Former White House press secretary Kayleigh McEnany triggered quite a few critics when she claimed the United States did not see "crisis after crisis" when former President Donald Trump was in office.

On Tuesday, August 25, Fox News reported on President Joe Biden's approval rating decline amid the Taliban chaotic takeover in Afghanistan and the accelerated surge in COVID cases and hospitalizations across the United States. However, McEnany turned heads when she attempted to rewrite former President Donald Trump's chaotic history.

"We are eight months into a Biden presidency," she said. "Wrap your head around that. We still have three years and four months left. Look, when President Trump was president, you didn't see crisis after crisis. You just didn't see it."

She added, "I shudder to think about what COVID would have been like under Joe Biden."

Despite McEnany's claims, more than 400,000 Americans died from COVID on Trump's watch. Epidemiologists and other members of the scientific community have repeatedly suggested that this figure could have been much lower if the Trump administration had taken more effective action to mitigate the virus at the onset of the pandemic. However, Trump spent most of his time downplaying the severity of the virus with baseless claims insisting it would simply go away.

Things also took a turn for the worse with the presidential election. After losing to Biden, Trump became obsessed with overturning the election by any means. His presidency took even more of a historic nosedive with the insurrection on the U.S. Capitol which led to his second impeachment.

Twitter users quickly chimed in with their reactions to McEnany's words. Many wasted no time offering her brief history lessons about what really happened under the Trump administration just in case the former press secretary forgot about all of the chaos that erupted just last year.

McEnany was quickly reminded of the dumpster fires Trump caused.

She's kinda right in the sense that it was more like one giant, crushing, all-encompassing crisis where it was impo… https://t.co/xlfN0WAcVf
— Brian Tyler Cohen (@Brian Tyler Cohen) 1629849047.0

When Trump was President; Kayleigh McEnany said she would never lie, unfortunately she doesn’t know how to tell the… https://t.co/duq95RA4TP
— David Weissman (@David Weissman) 1629853747.0