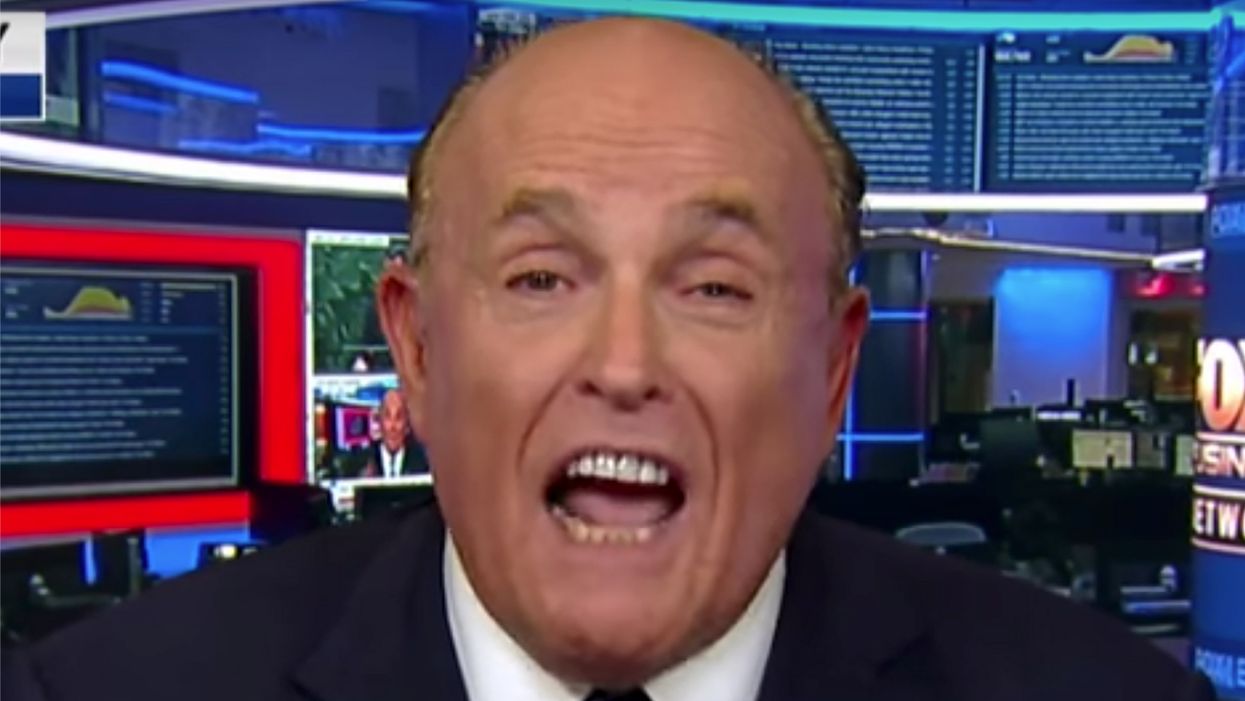 Donald Trump doesn't pay his bills, and he isn't loyal to anyone. This is like saying the sky is blue and the sun sets in the west. It's as plain as the pug nose on Trump's jowly ape scrotum of a face, and if you end up getting burned by this universal MAGA maxim, you need to load up on aloe and simply take your lumps and/or blisters.

I mean, even Satan lives up to his obligations when, say, he loses fiddle contests. Trump can't even admit losing to Joe Biden. He's as good as his word—so long as that word is "knobcheese."

So I'm not sure what Rudy Giuliani was thinking while traversing the country in the wake of Donald Trump's election defeat, spritzing his enchanted brain effluent out the sides of his shrunken apple head in order to bewitch we common plebs into thinking Trump was the legitimate president-elect.

So, naturally, this short tweet thread from New York Times reporter Maggie Haberman is as pathetic as it is predictable:

Giuliani allies are looking at the Trump $ - even if it isn't $82 million - and are aghast that Trump isn't helping Giuliani with legal fees. Giuliani's friends say he is saying he is close to broke, and his interview w @MelissaRusso4NY makes clear he knows he's in legal jeopardy
Trump aides have been clear they see no mechanism for paying Giuliani's legal bills that isn't problematic for Trump, and they think Giuliani took actions a lawyer should have known were problematic, even if the client wanted it.

But this is of note in the context of Trump having had a previous lawyer who pleaded guilty and then cooperated with an investigation into Trump.

They see no mechanism for paying Giuliani's legal bills? How about Venmo? Personal checks also work. As do Spanish doubloons. Or Bitcoin. Any form of currency, really. I mean, at the very least, Trump could send Grampa Fiddle-Pants whatever's in his wallet right now, even if it's just a half-stamped Subway Club card and a few random shekels.

Trump has reportedly built a political war chest in excess of $100 million, but Giuliani has about as much chance of seeing even a small portion of it as he does of securing Ivanka's betrothal.

As for Haberman's ominous final tweet? Yes, please! What could be more entertaining than Rudy Giuliani flipping on Donald Trump? Other than Michael Cohen flipping, that is.

Rudy's already professionally and morally bankrupt. Does he have to be financially bankrupt, too? Well, apparently Donald Trump thinks so. And he calls the shots for all these clowns.