The truth about religion, conspiracy theories, and vaccines 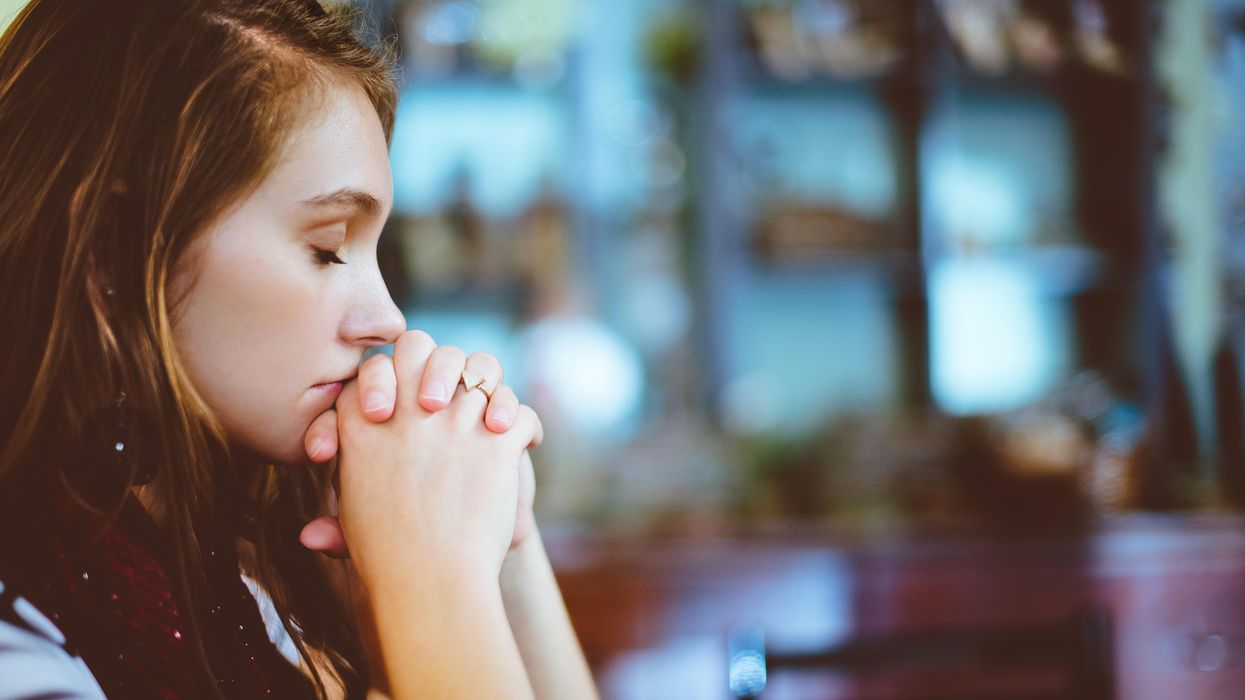 The notion that religion is an inherently pro-social phenomenon has always been nonsense, despite protestations to the contrary. As religious studies experts emphasize, the category of "religion" encompasses such a broad array of practices, traditions and beliefs that the term itself is notoriously difficult to define. Unfortunately, the de facto Christian supremacy that pervades American society not only makes it difficult to subject extremist Christianity to the level of scrutiny it demands. It also means that, for many Americans, the concept of religion is distorted through a conflation with Christianity itself.

The popular blog Get Religion, which pretends to be objective and disinterested while publishing a slate of authors mostly from white evangelical backgrounds who exhibit pro-evangelical bias, embodies both of these unfortunate tendencies. Last week, Get Religion's Richard Ostling, a Reformed believer, cited me as the token voice of opposition in a piece that rehashes the demonstrably false claims that the recent rapid secularization of the US population is to blame for polarization, and that churches are an important moderating force in American civil society. That nothing could be further from the truth, at least when it comes to American conservatives, should be made clear by a YouGov poll carried out by The Economist which concluded that "more devout Christians tend to be more credulous when it comes to conspiracies."

Specifically, among respondents who reported attending church once a month or more, net favorability of the paranoid-conspiratorial QAnon movement is minus 52 percent while among those who reported never attending church, QAnon's net favorability is minus 83 percent. Strikingly, twice as many white evangelicals who are aware of QAnon view it favorably (22 percent) than the rest of the population (11 percent), and only 24 percent of white evangelicals polled view QAnon "very unfavorably" compared with 58 percent of all other respondents.

Even more damningly, The Economist's poll found that about two thirds of white evangelicals believe that "millions of illegal votes were cast in the 2020 general election," a view held by less than 40 percent of the rest of the population. In other words, white evangelicals are 34 percent more likely than other Americans to believe the disgraced former president's Big Lie that drove the January 6 insurrection.

Last week, the United States Department of Homeland Security felt compelled to issue a warning to state and local authorities that we may be on the verge of seeing more political violence fueled by this same conspiratorial mindset. As CNN reported, "The warning, which does not contain a specific threat, comes amid a resurgence of false claims about the 2020 election, pushed in part by Mike Lindell, MyPillow CEO and a close ally of former President Donald Trump."

On issues related to vaccination, too, the YouGov poll raises concerns specifically about white evangelical Protestants who are twice as likely (30 percent) as the rest of the population (15 percent) to believe the false statement that "vaccines have been shown to cause autism." With this in mind, as well as PRRI and other polling data on white evangelical vaccine refusal, I find it odd that Get Religion contributor Ryan Burge, who is a professor of political science at Eastern Illinois University and a mainline Baptist pastor, decided to declare last week that "the young and the secular are least vaccinated, not evangelicals."

Although Burge has a deserved reputation as a thorough researcher, and his conclusion comes from a survey he conducted, he should still know better than to make bold claims on the basis of an outlier poll. And yet he does so here, perhaps feeling aggrieved on behalf of supposedly maligned white evangelicals, despite the fact that authoritarianism, with its attendant paranoia, is essentially a defining feature of conservative, mostly white evangelical subculture.

According to Burge's findings, by May 11, when all Americans aged 16 and up were in theory eligible for vaccination, 70 percent of non-evangelical Protestants received at least one dose. Evangelicals and Catholics tied at 62 percent while the religiously unaffiliated, or "nones," lagged at 47 percent. Per Burge, once he ran the data through a regression model he crafted to control for factors like "race, income, education, gender and age," religious affiliation did not appear to have a statistically significant impact on the likelihood of getting vaccinated. Nevertheless, Burge singled out secular Americans for scrutiny, claiming that we should shift our gaze away from evangelicals.

Oddly, in his comments on eligibility, Burge did not take into account the difficulties involved in getting an appointment to be vaccinated in many states for those who did not fall into higher-risk categories, despite theoretical eligibility, although he does point out that older Americans were eligible well before younger Americans. According to the latest data, white evangelicals have supplanted mainline Protestants as America's oldest religious demographic. By contrast, the nones are disproportionately youthful, so that context matters.

In fairness, secular Americans could indeed be doing better with respect to vaccination. In my own commentary on the latest relevant data from the Public Religion Research Institute (PRRI)—and, with all due respect to Burge's scholarship, I would trust PRRI over his findings—I noted that while white evangelicals are doing especially poorly with 56 percent vaccine acceptance, something that is clearly tied to their ideological outlook, the 75 percent vaccine acceptance rate among nones is unimpressive. As I wrote for Religion Dispatches:

It's likely that the middling performance of the religiously unaffiliated has something to do with the demographic's relative youth and the barriers to access the report shows to be disproportionately affecting younger respondents as well as respondents of color. In addition, based on general trends in data where such differentiation is used, I feel reasonably confident suggesting that if self-defined atheists, humanists, and agnostics were polled separately from the undifferentiated mass of "nones," their numbers would be better.

I agree with Burge that secular youth should be targeted for pro-vaccine outreach, but I find it odd that his commentary glosses over the factors laid out above. This statement from Burge's piece also rubs me the wrong way: "I understand that this data seems to contradict some of the other polling results that have been released by other polling agencies. I cannot speak to why these results do not line up with those other findings. However, I can say that if this data is accurate, that the media needs to be turning the spotlight a bit away from evangelicals."

If this data is accurate makes for a weak justification for such bold prescriptions as Burge puts forth. And what if his findings prove inaccurate, as seems much more likely? In that case, despite his relatively measured language, by using his platform as a prominent scholar to emphasize his outlier poll, Burge has irresponsibly given an authoritarian, grievance-driven demographic—white conservative Christians—yet another reason to feel "persecuted." I have already received one angry email that, referring specifically to Burge's commentary, denounced me as either ignorant or bigoted for my Religion Dispatches piece based on the PRRI data

If there's one thing that growing up evangelical taught me, it's that evangelicals will always cherry-pick arguments that support their preconceived conclusions. We can call for more work to get the secular youth vaccinated without throwing fuel on the fire of the evangelical persecution complex behind the January 6 coup attempt. I wish Burge had considered that before publishing his article.

Chrissy Stroop covers Christianity and politics for the Editorial Board. Her writing has appeared in The Boston Globe, Foreign Policy and Religion Dispatches, among others. Holding a PhD in modern Russian history from Stanford, she's a senior research associate with the University of Innsbruck's Postsecular Conflicts Project. She resides in Portland, Oregon. Find her @C_Stroop.