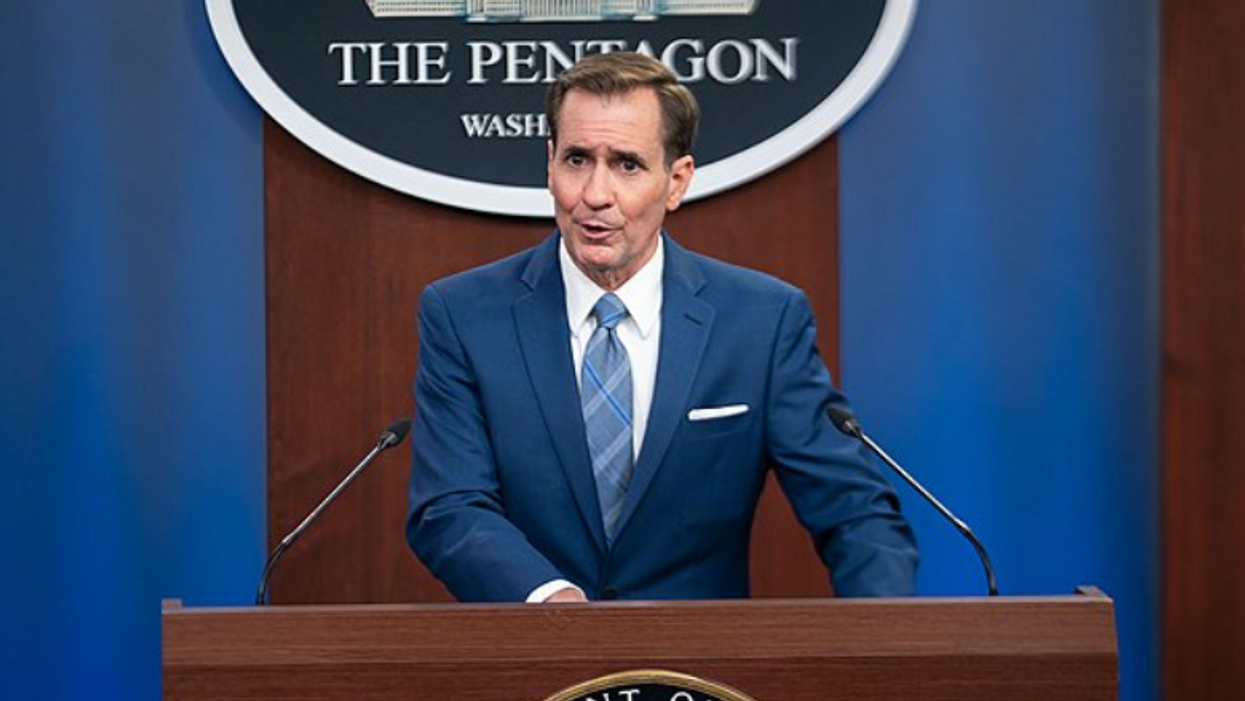 Officials familiar with the lawmakers' impromptu flight to Kabul have also revealed White House officials and top-ranking officials with U.S. State Department and the U.S. Department of Defense (DoD) are angered and deeply concerned, according to The Detroit News.

On Wednesday, August 25, Kirby shed light on the disruptive trip as he confirmed that the DoD was "not aware" of their plans and "is not encouraging VIP visits." He went on to criticize their decision noting that it "certainly took time away" from the Department's main mission.

Kirby also insisted that DoD Secretary of Defense Lloyd Austin "'would've appreciated the opportunity to have a conversation' with Meijer and Moulton about their plans to visit Afghanistan", the publication reports.

Kirby's remarks follow statements from other lawmakers and leaders condemning the lawmakers' trip. On Tuesday, August 24, House Speaker Nancy Pelosi (D-Calif.) released a statement warning against the trip as she reiterated officials' request that Congressional members refrain from traveling.

"Given the urgency of this situation, the desire of some Members to travel to Afghanistan and the surrounding areas is understandable and reflective of the high priority that we place on the lives of those on the ground," said Pelosi.

She added, "However, I write to reiterate that the Departments of Defense and State have requested that Members not travel to Afghanistan and the region during this time of danger. Ensuring the safe and timely evacuation of individuals at risk requires the full focus and attention of the U.S. military and diplomatic teams on the ground in Afghanistan."

Amid the ongoing chaos, the lawmakers released a joint statement to weigh in on the situation.

"I was supportive of a withdrawal. That was under the assumption that this was something had been thought through, planned out, coordinated. We saw absolutely none of that. I feel just furious," Meijer said in mid-August after Kabul was invaded by the Taliban.

"As veterans, we care deeply about the situation on the ground at Hamid Karzai International Airport," the congressmen said in the statement. "America has a moral obligation to our citizens and loyal allies, and we must make sure that obligation is being kept."