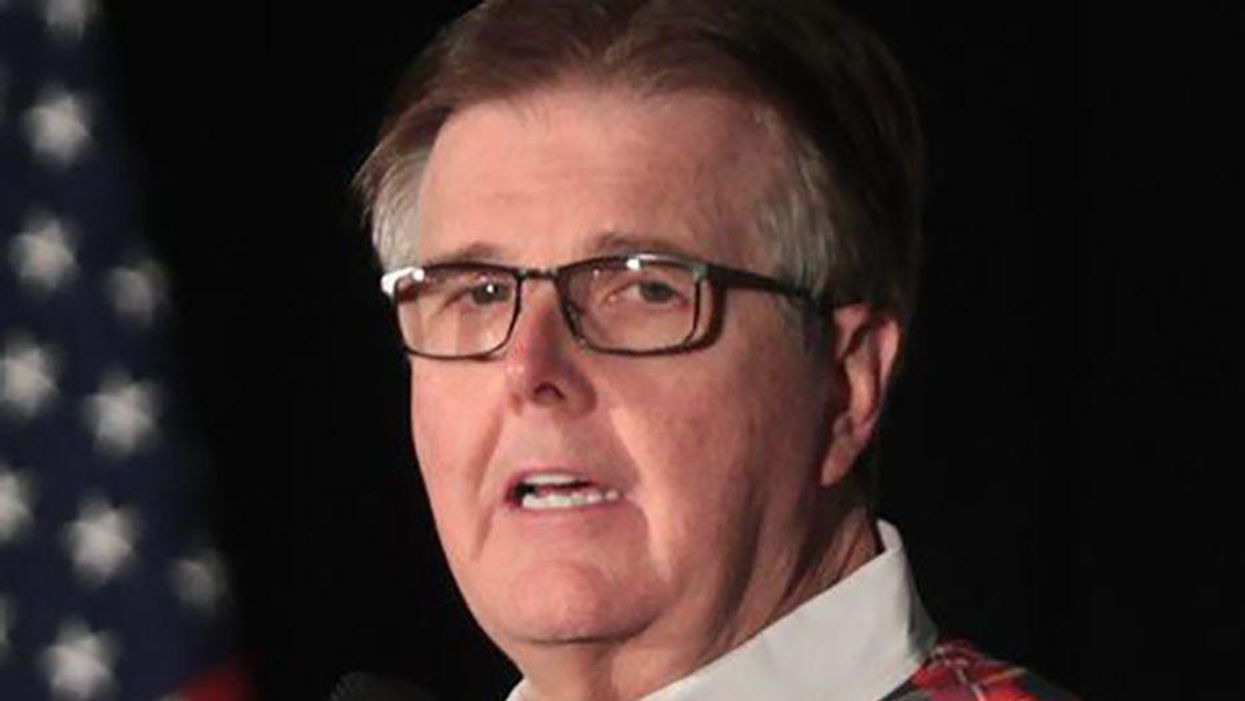 Although Texas Gov. Greg Abbott (R) has repeatedly pushed back against standard COVID mitigation recommendations such as mask mandates and vaccine passports, Patrick insisted on blaming African Americans who have not been vaccinated for COVID. Speaking to Fox News' Laura Ingraham, Patrick referenced a number of false claims about the uptick in cases in the state.

"Well Laura, the COVID is spreading, most of the numbers are among the unvaccinated, and the Democrats like to blame the Republicans on that. Well, the biggest group in most states are African-Americans who have not been vaccinated," Patrick said.

He added, "And last time I checked, over 90% of them vote for Democrats in their major cities and major counties. So it's up to the Democrats to get — just as it's up to the Republicans, to try to get as many people vaccinated."

Patrick's disparaging remarks prompted a flurry of opposing responses and reactions from Democratic lawmakers candidates, and lots of Twitter users. Many quickly pushed back with quick demographical facts about the state of Texas noting that African Americans only make up a fraction of the Lone Star state.

Some users also noted the hypocrisy in Republicans' stance regarding the virus. While many initially described the virus as a hoax, now they are attempting to shift the blame on minorities.

And while it's true that Black people in Texas are less likely than the population as a whole to be vaccinated for a variety of reasons, that's also true of white conservatives, as the Texas Tribune reported, even though Abbott holds them blameless. Instead of focusing on the real problems driving COVID in the state, he's trying to scapegoat a minority population.

Mike Collier, a Texas Democratic candidate for lieutenant governor, fired back at Patrick for taking a page out of what he describes as "the Jim Crow playbook."

"More than 55,000 Texans are dead because of Dan Patrick's negligence—not because of Black Texans," Mike Collier, a Democratic candidate for lieutenant governor in 2022, said. "Blaming Black people for your own shortcomings is not only despicable but straight out of the pages of the Jim Crow playbook. Texas deserves far better."