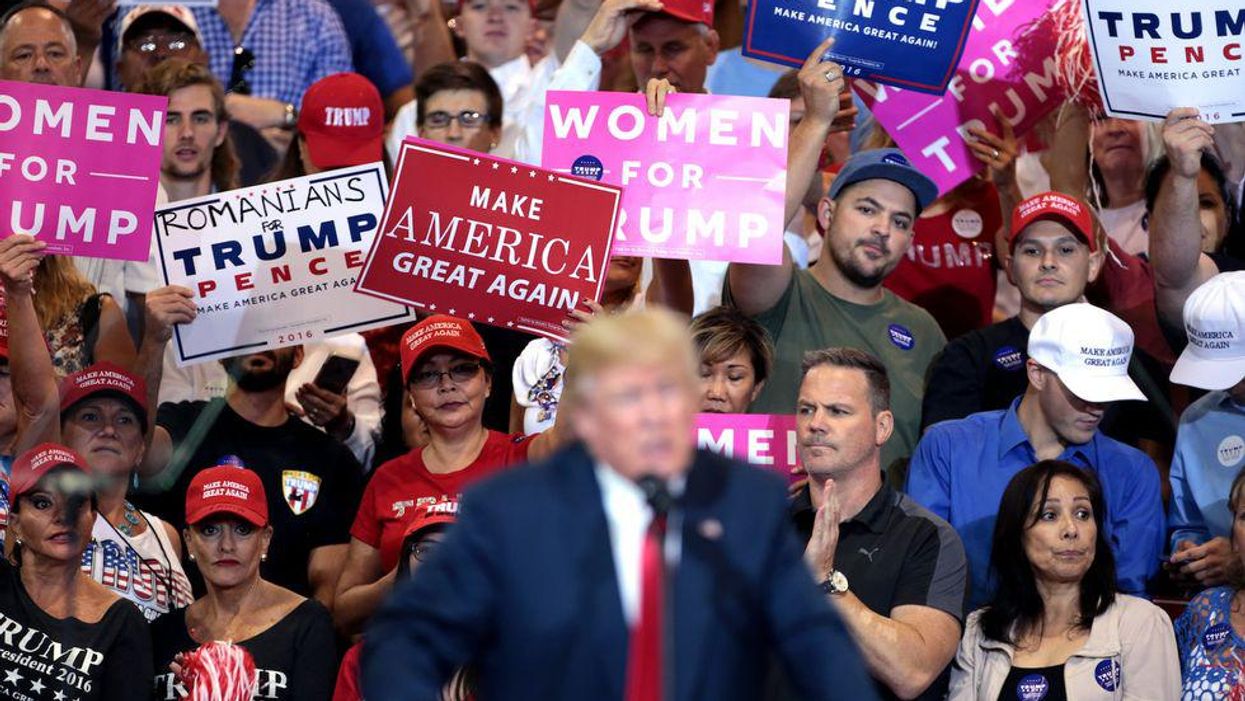 Republicans across the United States have adopted a collective argument about the voting laws across the country. Despite having no substantial evidence of widespread voter fraud, Republicans insist their push to pass more restrictive voting laws at the state level is an effort to restore public trust in America's voting system.

The problem with that argument is that it stems from a massive election lie perpetuated by former President Donald Trump. As reported in The Guardian, a recent study published by Cambridge University Press sheds light on the extent of the damage caused by the disgraced ex-president's lies.

The study, which was conducted after the 2018 primary election, was based on surveys of more than 4,200 participants. Researchers found that the participants exposed to claims about voter fraud had their faith shaken in the integrity of elections — and they largely weren't that reassured even when presented with fact-checks debunking these claims. The degradation of people's perception of the integrity of democracy cannot be easily reversed.

"The people in the study either saw non-political tweets, or a series of tweets from politicians alleging voter fraud. Some participants saw a series of fact-checking tweets after they saw the voter fraud ones."

In the study, which was published on June 28 in the Journal of Experimental Political Science, researchers explained their findings. Most of the voters' lack of confidence in election results appears to stem directly from prominent Republicans' false claims.

"Our results show that exposure to unsubstantiated claims of voter fraud from prominent Republicans reduces confidence in elections, especially among Republicans and individuals who approve of Donald Trump's performance in office," researchers wrote. "Worryingly, exposure to fact-checks that show these claims to be unfounded does not measurably reduce the damage from these accusations."

The researchers also noted that the results suggested just how powerful the claims of voter fraud have been. "The results suggest that unsubstantiated claims of voter fraud undermine the public's confidence in elections, particularly when the claims are politically congenial, and that these effects cannot easily be ameliorated by fact-checks or counter-messaging," they wrote.

They went on to explain how different things might be if prominent Republican officials did not perpetuate unfounded claims.

"Dismissals from prominent Republican officials themselves might be more influential as they signal intra-party disagreement," they write. "However, such messengers may alternatively be subject to negative evaluation by way of a "black sheep effect".