Watch: Steven Mnuchin squirms when pressed if Trump lied about the election 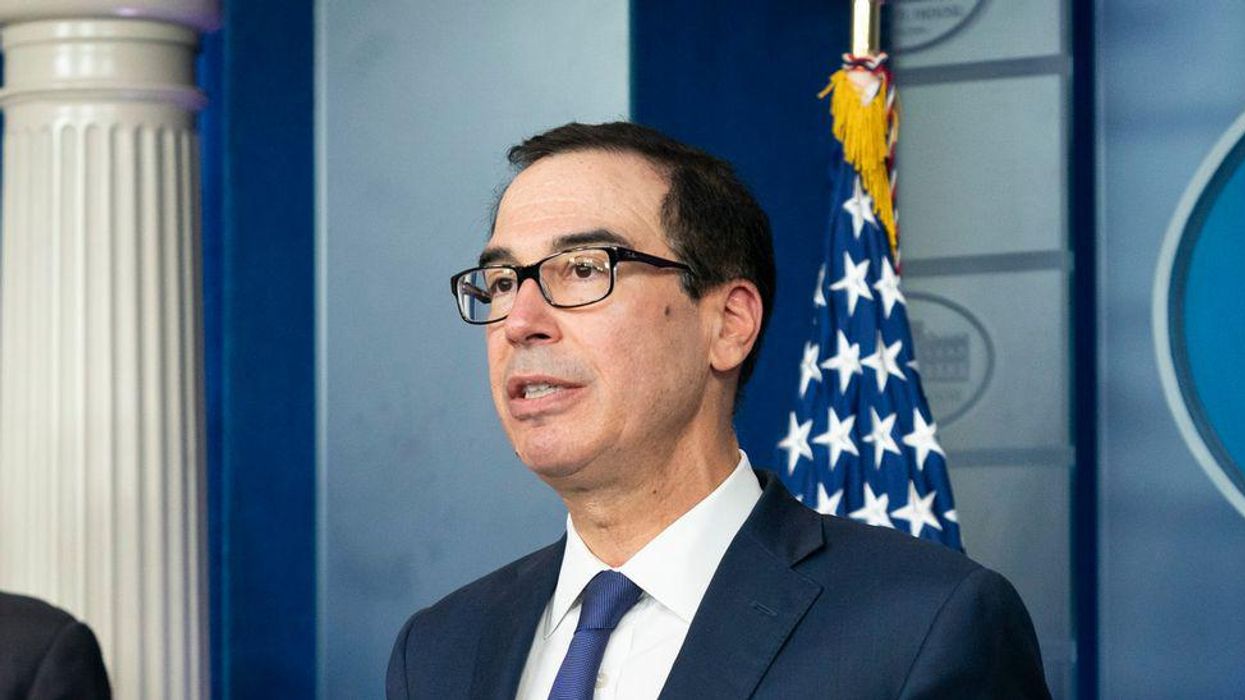 Former U.S Treasury Secretary Steven Mnuchin squirmed and dodged questions as much as he possibly could when asked whether or not former President Donald Trump was justified in claiming the 2020 election was stolen from him.

On Wednesday, July 14, Mnuchin appeared on CNBC's "Squawk Box" where host Eamon Javers asked him to weigh in on Trump's baseless theory about the presidential election being rigged and stolen from him. The question was one that Mnuchin refused to answer. Although he was asked multiple times if Trump's claims were valid, he made an arduous effort to steer the discussion back to his investment firm.

Mnuchin noted that he was only involved in Trump's 2016 campaign and had very little involvement in the former president's 2020 election campaign. Mnuchin claimed that he was focused on the pandemic around the time of the previous election.

"I'm really just watching this from the outside," Mnuchin said.

When Former President Donald Trump says the election in November was stolen do you believe that was a lie? .… https://t.co/JpdKhp7kWb
— Squawk Box (@Squawk Box) 1626267155.0

Not deterred, Javers pushed a bit more. He emphasized that Mnuchin did have some form of intel as he was a member of the Trump administration. When Javers rephrased the question, Mnuchin still refused to offer a direct response. Instead, he shifted toward Trump's COVID policies as he claimed the pandemic was his concern at the time. He also insisted that his current focus is on the private sector. "I'm focused on our investments, our business going forward," Mnuchin said.

Needless to say, Javers was not convinced Mnuchin believed Trump's claims. He concluded saying, "I think that gives a sense of your position there."

However, later in the interview, Mnuchin did admit that he believes American democracy is effective as he insisted that he hopes Trump considers another run for the presidency. "We have a great democracy," Mnuchin said, adding, "It's working. It worked. I hope the president [Trump] considers running again down the road."