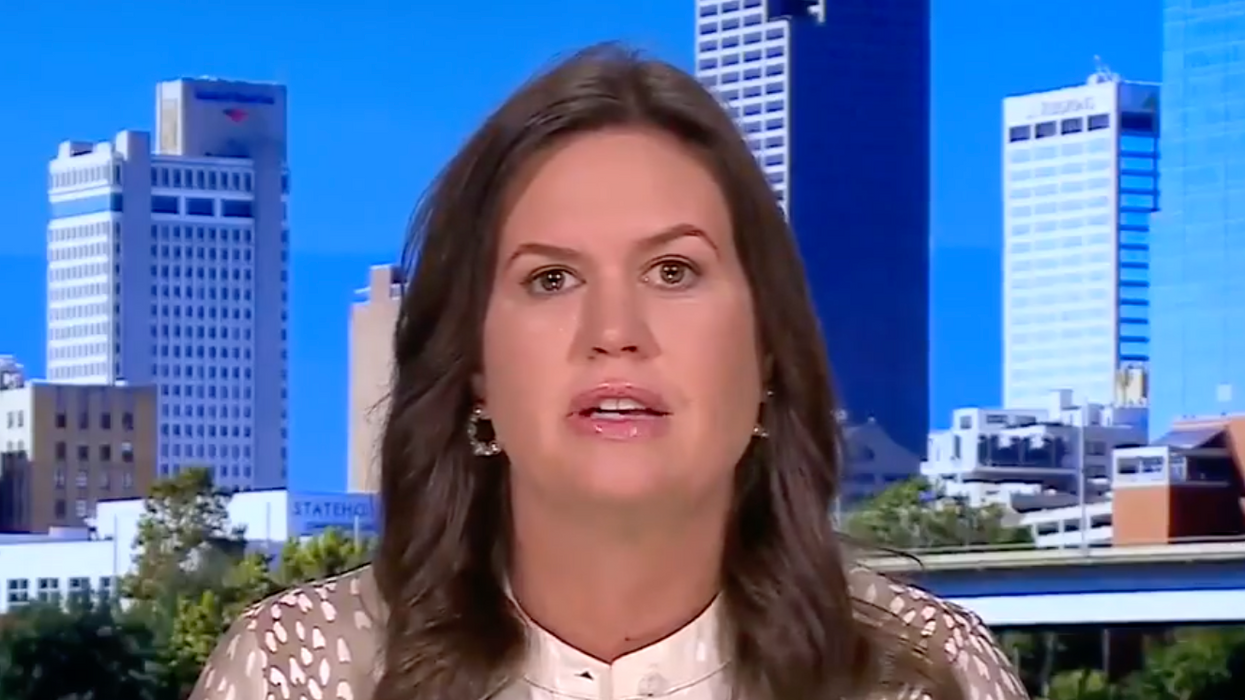 GOP candidate for Arkansas governor Sarah Huckabee Sanders on Friday offered a list of promises of what she would not do to help end the coronavirus pandemic if elected. She did criticize President Joe Biden, saying he should praise his predecessor for "helping get this vaccine created safely, quickly and effectively."

Sanders, who served as President Donald Trump's White House press secretary, told Fox News, "If I'm elected governor here in Arkansas, we will not have mask mandates, we will not have mandates on the vaccine, we will not shut down churches and schools and other large gatherings because we believe in personal freedom and responsibility. It's one of the key cornerstones frankly of our country."

She did not offer any examples of what she would do to combat the deadly virus that is once again spiking across the country.

Arkansas is the country's eighth-worst state in getting its population vaccinated. Just 44.7% of adults 18 and over have been fully inoculated.

Sanders then questioned President Biden's and Vice President Kamala Harris' level of seriousness "about helping save lives through the vaccine," insisting "they should admit they were wrong when they cast doubt on Operation Warp Speed at the very beginning, and give President Trump and his administration the credit they are due for helping get this vaccine created safely, quickly and effectively, and into the hands of Americans."

Many Americans believed President Trump would force the FDA to certify any vaccine to push it out too quickly in a desperate attempt to get re-elected. He repeatedly claimed the vaccine was coming far sooner than it did, and his own Chief of Staff, Mark Meadows, in September claimed the coronavirus vaccine would be available by the end of that month.

"I think that would make a huge difference," Sanders claimed, "and I think they should really take some responsibility and step up and fix the mistake that they made by casting so much doubt at the very beginning of this process."

She also appeared to blame, falsely, the Biden administration for "politicization" of the vaccine.

Watch the latest video at <a href="https://www.foxnews.com">foxnews.com</a>
From Your Site Articles
Related Articles Around the Web
Report typos and corrections to: feedback@alternet.org.
#story_page_post_article