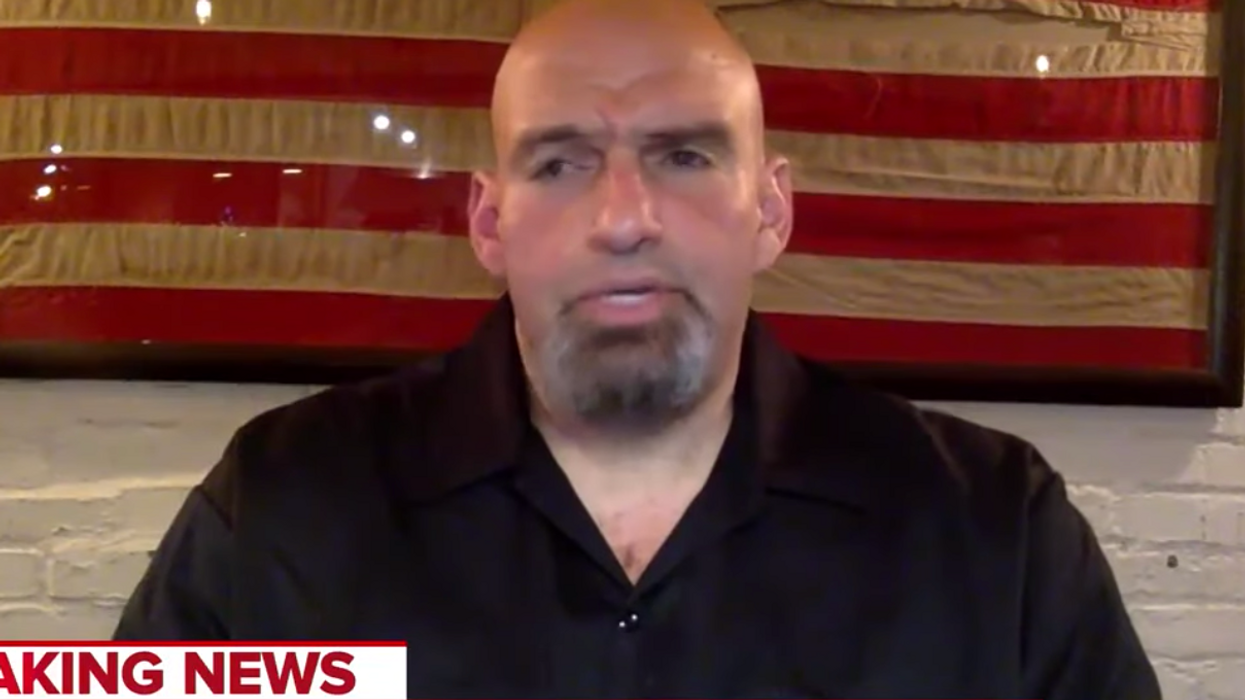 Pennsylvania Lt. Gov. John Fetterman (D) is fed up with Republicans' circulation of false claims about voter fraud in his state. On Saturday, July 10, Fetterman appeared on MSNBC where he raised concerns about the dangerous spread of misinformation about the 2020 presidential election.

Speaking to MSNBC's Ali Velsi, Fetterman made it clear that the claims of voter fraud in his state were widely committed by voters registered to the Republican Party casting illegal ballots for former President Donald Trump.

During the interview, he said:

"The grand irony in all of this, of course, is that the voter fraud that we did have in Pennsylvania was all Republicans voting, having their dead relatives vote for Donald Trump.

"And the bottom line is simply this. And here's another fact is that Republicans that I talk to in Pennsylvaniadon't believe there was any election fraud. I mean, of course, there's a segment of people — if you're already following or listening to a dude that sells pillows on TV, you know, you're kind of beyond reaching. But Republicans don't want to run on this in '22. They may be forced to, but Senator Mastriano is just sending out love letters to the former president in the hopes of getting his endorsement to run. That would be a good thing for Democrats in Pennsylvania because he would get — we'd mop the floor with him."

Despite Trump's claims of widespread voter fraud in the battleground state, the state has only had approximately 10 cases of fraud. According to PoliticalUSA, all of Pennsylvania's cases of voter fraud center around Trump supporters. In fact, Fetterman previously broke down the math via Twitter as he argued that "7M Pennsylvania voters cast their ballots in 2020. The odds of *actual* voter fraud are worse than an actual lottery ticket."