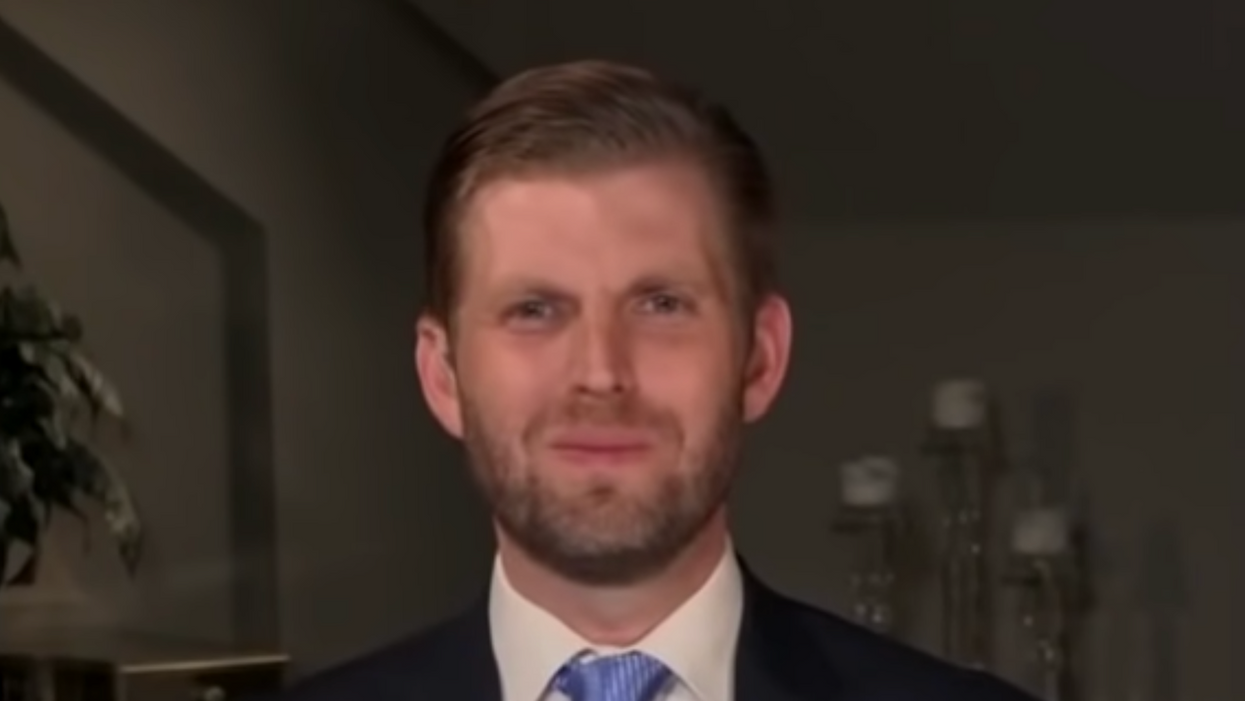 The Trump Organization and its Chief Financial Officer Allen Weisselberg found themselves in hot water this week when the Manhattan DA revealed an indictment alleging a pattern of criminal financial conduct dating back more than a decade.

While it comes as no surprise that the Trump Organization remains a major topic of discussion today, legal experts, observers, and Twitter users are also puzzled by the public comments about the matter from one person who probably should have been silent: Eric Trump.

Under normal circumstances, people under the heat of criminal investigation are well-advised to refrain from making any remarks about the matter. But the former president's son didn't heed that counsel.

Speaking with Fox News, Eric Trump made a number of incriminating remarks that led many to believe that his father's company is actually guilty of doing what it has been accused of. At one point during his appearance on Fox News, Eric criticized the Manhattan District Attorney's Office as he accused them of "focusing on $3.5 million to take down a political opponent" as he insisted "crime 'is rampant' and people are leaving 'dirty' and 'disgusting' New York City 'in record numbers.'"in record numbers.'"

"I mean, this is what they do, this is New York state for you," Eric claimed. "This is worse than a banana republic. It's truly horrible."

He even went a step further by weighing in on the alleged scheme the company is accused of. He dismissed the allegations describing the alleged kickbacks as nothing more than "employment perks." But that's conceding exactly the point at issue: The DA argues that the Trump Organization paid Weisselberg using these "perks" — such as renting him an apartment in New York City — to compensate him and avoid paying taxes. That's a crime, and calling the non-salary benefits "employment perks" doesn't reduce culpability. It confirms the prosecutors' account of events.

It didn't take long for viewers to began weighing in via Twitter.

"If you are on the Trump Organization's legal team, are you encouraging this?" Suarez asked. "Are you quietly sending emails and texts urging them to not say much for a while? "I'm not Hunter Biden" will not be admissible at trial."

Attorney Bradley P. Moss wrote, "Clearly, no one at Trump Org has told the nepotism hires that commenting on the criminal matter is unwise. Run your mouth, Eric. Run your mouth."

Clearly no one at Trump Org has told the nepotism hires that commenting on the criminal matter is unwise. Run your… https://t.co/xJUpl6PrFr
— Bradley P. Moss (@Bradley P. Moss) 1625194221.0

Guardian reporter Van Badham also had a message for Eric as she pointed out, "These things you are admitting to are against the law. That makes them criminal."

@mikeljames21 @AndrewFeinberg And then there’s the whole part about intentionally hiding it all from the IRS...ya know, normal perks.
— Cody Moffitt (@Cody Moffitt) 1625195730.0