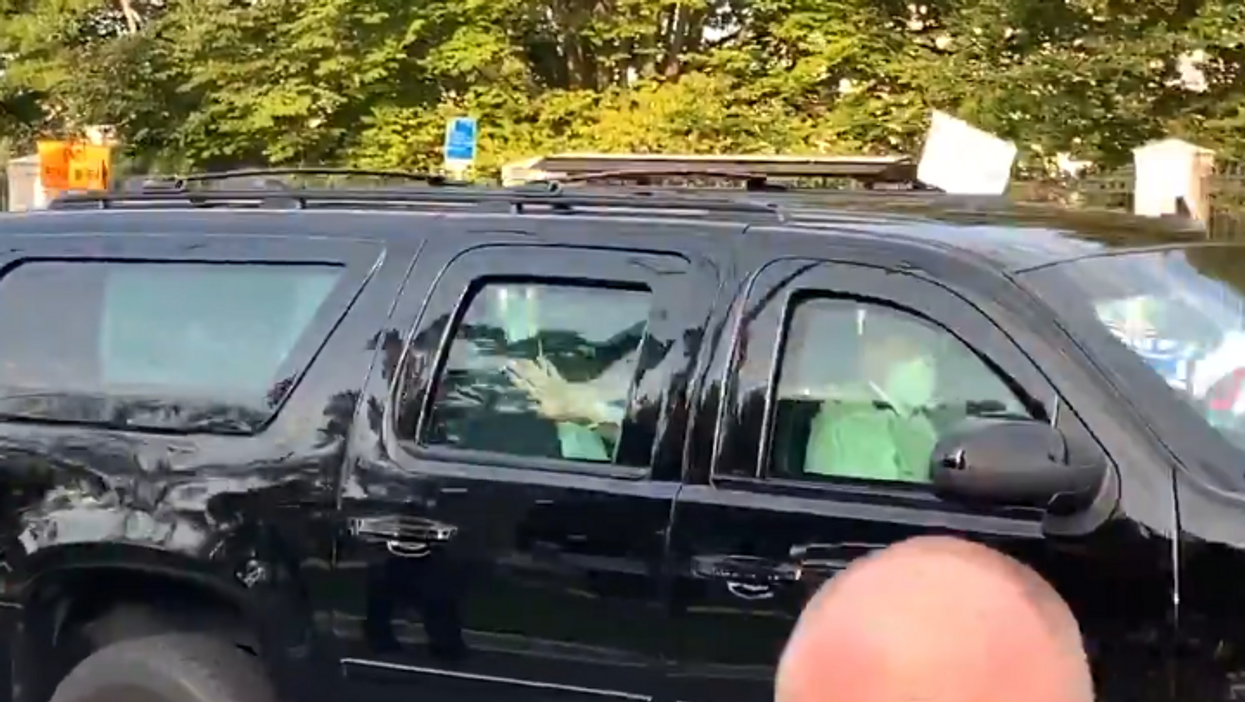 In 2020, during the Trump administration, 881 active Secret Service employees were diagnosed with COVID-19. This, according to records obtained through a Freedom of Information Act request by watchdog organization Citizens for Responsibility and Ethics in Washington (CREW), included a majority, 477, of secret service "special agents," and 249 from the "uniformed division." This follows suit with the scant information that leaked out early on during the pandemic, when it was known that the Secret Service was facing at least 11 active COVID-19 cases and dozens more in quarantine because of exposure.

The FOIA documents do not give granular details about which agents may or may not have been in daily contact with Trump or his administration's personnel. Analysis by CREW of the documents obtained does give this peek into how dangerous a job being a Secret Service employee was under a science-denying administration: "The list consists of 477 Special Agents, 249 members of the Uniformed Division, 131 working in Administrative, Professional, Technical Positions, 12 Investigative Protection Officers and 12 Technical Security Investigators." Those 477 "special agents" are employees in the division that "is responsible for protecting the president and vice president, as well as the families of these leaders and other government officials."

Back in October of 2020, Donald Trump was being treated for COVID-19, getting jacked up on steroids, at Walter Reed Medical Center, Maryland. After releasing a short video where he told Americans that "It's been a very interesting journey. I learned a lot about Covid. I learned it by really going to school. This is the REAL school. This isn't the 'let's read the book' school. And I get it. And I understand it. And it's a very interesting thing." Trump appeared for a photo op, driving around and waving at supporters who had gathered at the hospital.

Just sent this video to a Secret Service source who responded: "So reckless and careless and heartless" https://t.co/5DE6Y9GSEe
— Elizabeth Landers (@Elizabeth Landers) 1601847415.0

Whether or not the Secret Service agents forced to protect this sick and self-absorbed man ended up sick themselves is unknown. What is known is that the Trump administration frequently flaunted their disregard for CDC public health warnings, and recommendations to wear masks and socially distance one another. The Secret Service was also forced to protect every anti-science member of the Trump family during the pandemic. The list of administration officials and people within the range of the corrupt Republican administration who tested positive was long and never-ending. It was known that more than 130 Secret Service officers were in quarantine after President Joe Biden won the election in Nov. 2020.

If those records and the Secret Service's own numbers are to be believed, almost 14% of the entire "workforce contracted COVID-19—including more than 19 percent of the uniformed service," between March of 2020 and March of 2021. ABC News spoke with Secret Service spokesperson Justine Whelan who said that "Now and throughout the pandemic, the Secret Service was fully prepared and staffed to successfully meet these challenges." I do not doubt that the Secret Service in our country worked double time to do the very difficult job they had. It's just disappointing that America forced them to have to do that job for such an awful set of people.